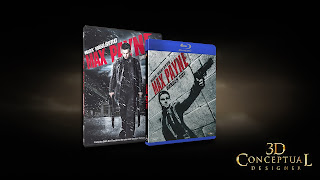 The final shot of the two cases I rendered out for the film Max Payne
One DVD, and one Blue-ray[ Pre-Built Assets from my library] 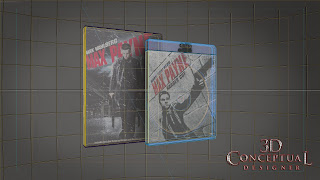 Here is the screen grab render, if you look closely you can see the disc inside the blue ray case as it is a translucent case. 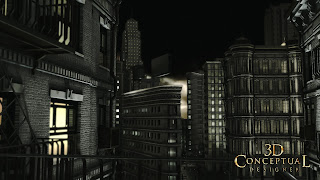 I did a full city shot for the background on the Max Payne release and rendered it out with a stylized look to match the film treatment a bit. 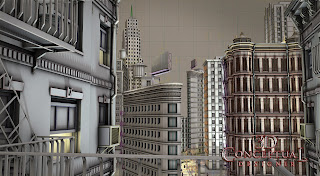 The Screen-Grab render shows the modeling that is involved in a shot like this. Most were Pre-Made buildings from my library here as well. 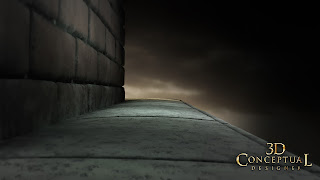 I also did this close up shot of a ledge with modeled bricks and cement ledge stones for the close up. The DVD case would animate from around the bend in the building and come to the front. 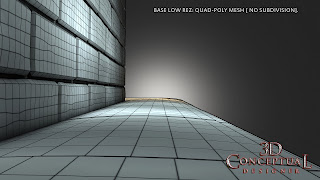 Here is the low poly view of the ledge build. Modeled out the bricks with a bit of random displacement and mesh-paint to ruff them up a bit. 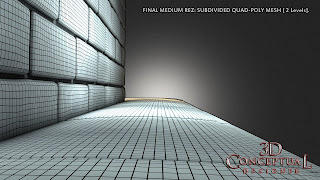 The Subdivided shot of the Ploy-Mesh smoothing out the geometry for the final MGFX 3D Animation. 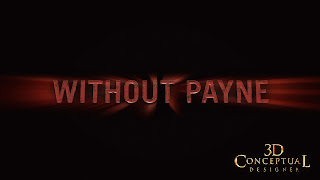 One of the internal 3D Cards I did. a concave beveled face[ indented] with a procedural rusted texture . 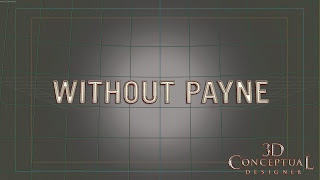 A view of the simple scene showing the face has a slight concavity.

In 08' I was running the 3D Design Division at Cimarron, and I would bid on internal 3D Jobs for the various other divisions, and for the AV-Home Entertainment group I was asked to create some grunged up city shots for the Blue-ray DVD release of Max Payne.

I re-used the buildings I hand made for various other  gigs, so I could get this to them very quickly, and created a few backgrounds of the city. One was a full city off a balcony, and the other was a close up on a ledge.

I also did some 3D Type for the internal cards for the HD TV spots as well. A fun one day job that finished with the various end frames with the 3D DVD and Blue Ray cases which I pre made as I did a good amount of these end cards seen on most "Now Available on Blue Ray DVD" commercials.

Cheers, THOM
Posted by 3Dconceptualdesigner at 9:04 AM