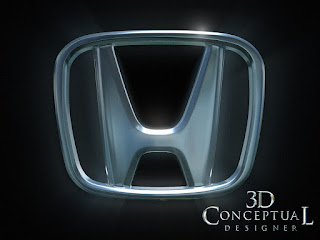 The "Hero" Logo rendered out in the final seated position. This was combined in post with the background animation. 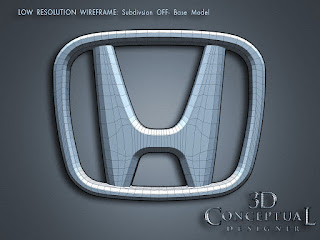 The base polygon model as built by me for the job of the Honda logo "hood crest". 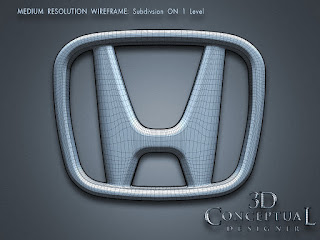 For the background renders we did it with one subdivision level on.... 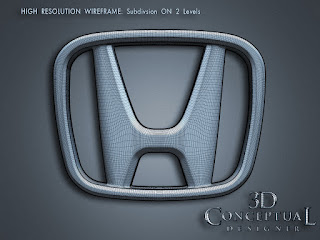 We did find that with 2 levels of subdivision on the crest the reflection were much smoother so we upped the resolution which doubled the render time as can be demonstrated below. 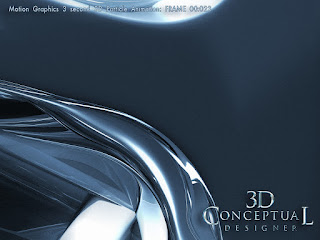 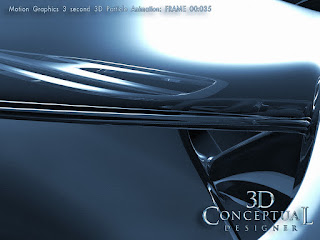 This frame shows the large 'flare' or random highlights you get with a gravity based particle system, since it is random in how it throws the crests out into space,you can get surprising results. 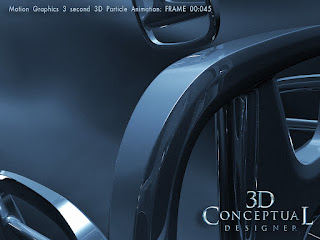 The background itself had an animated noise added to it, to produce the caustic 'waves' in the fog itself, and that was modulated so we had movement with the crests, lights, and in the fog itself. 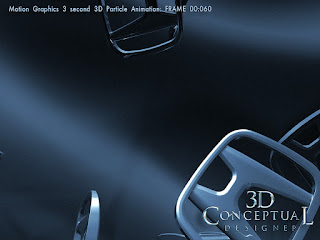 The wave had ended and they are all now drifting back. This is where we overlaid the "Hero" crest as the space cleared up to showcase it. 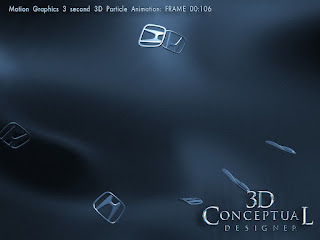 Here is the final frame of the Motion Graphics sequence Animation

After successfully getting an account with Lotus North America for the US Launch of the new Elise back in 2004, we then pursued the California Honda Dealers Association to provide advertising for them, so we did a pitch package that included some virtual cars, as well as 3D Motion Graphic as we will look at today.

I first built out a 3D model of the Honda logo for the spots, that was built as an all subdivision surface, so we could do very high resolution renders of the piece for close ups and print work. I also used this same model for the particle system base object that I set up for the creation of the Motion Graphics background for the various cards we did for the presentation.

The piece was a simple background of multiple Honda hood crest logos floating is space with a volumetric light effect to have streams of light playing on the surfaces. I rendered it out in a two pass format with a full render and a specular render so we could isolate the highlight to add post effects in Motion Graphic. I also did a Hero shot render of the final framed logo at rest as well.

I also rendered various Honda Car Models in 3D as both photo-real 3D renders, as well as a stylized cartoon shaded looks, to show the capabilities of the 3D virtual automotive solutions we were offering along with the MGFX.

I will have future posts covering those looks as well. I did eventually move ahead to work on the 2009 Accord pitch, and that can bee seen here.

Cheers, THOM
Posted by 3Dconceptualdesigner at 10:06 AM