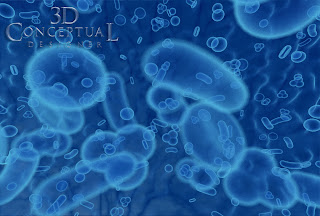 For the first style frame look above for Aeon Flux, I rendered out the little particles in a mostly blue world with a mild depth of field. 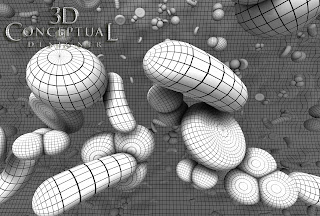 Here are the base shapes as well as the back surface I displaced out and placed at the back of the scene. 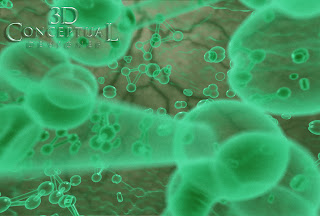 In look two for Aeon Flux, I did this one in greens, with some triangulated chemical shapes that were not quite natural but 'Bio" none the less. 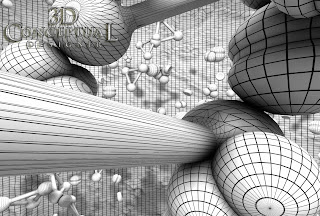 A polygon view showing the build for the above scene. 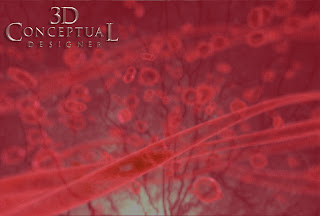 Had to do a full red version for the blood cell try with some added tubes spiraling thru the scene as well. 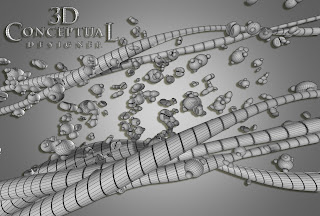 This scene used the particles and the tubes without any backdrop surface as with the prior images,  so it was a bit easier to pull an alpha channel over the footage. 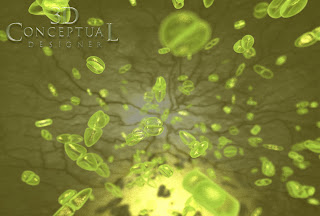 The final look used four particle shapes with an eyeball sphere as the background. 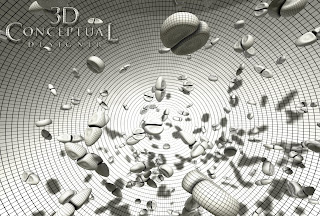 The polygon view of the last style frame for Aeon Flux Microscopics for the first round from back in 2005.


For today's PART II on the Motion Graphics work that I did back in 2005 for the film adaptation of Aeon Flux, I have four style frame looks that I worked out and presented for the 3D animated cards that I was to do for the project going forward.

I researched the shapes for the various blood cells and microscopics that would work well for these Medical Animations that were to be used for Entertainment Advertising online, built out the particles, and designed the procedural shaders and was ready to test them out.

I have also posted the polygon views of each look, showing the build out as well. I used a variety of particle shapes and microscopics colors to give a good range of looks, and we ended up with a bit of a combo of a few loos for the finals.

I animated using the built in particle system Reactor in 3DSmax to animate the cells, and the procedural shaders from Darktree, and the X-Ray material in Final Render.