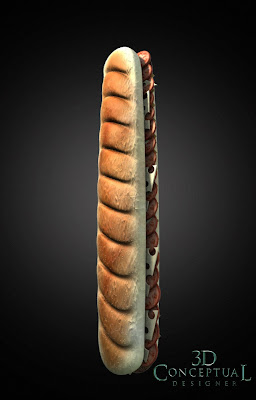 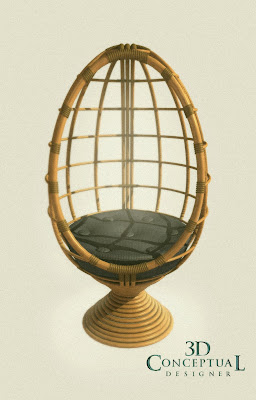 The first draft of the "Egg" Rattan chair for the parody ad. 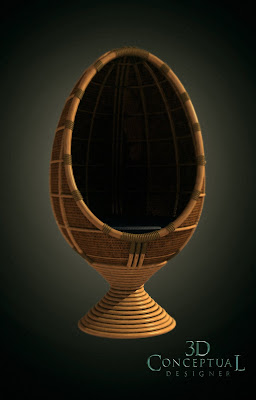 The final chair had a close back and was used for print ads in newspapers on the MIB opening weekend. 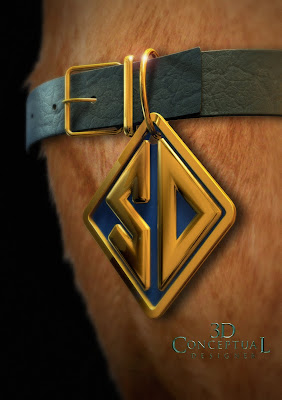 They needed a high resolution collar and tag for Scooby so I made this one for a pay-off One Sheet Design Comp. 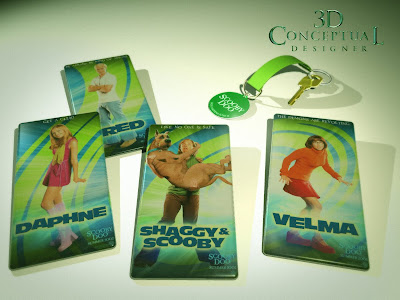 Merchandising for the film included a key-FOB and these buttons. 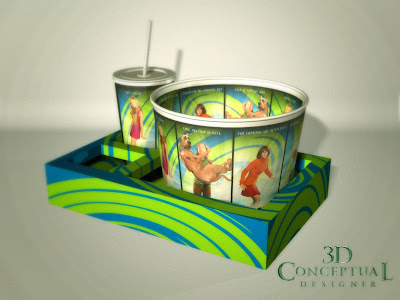 Some graphics applied to popcorn carriers and tubs for the film.

One of the earl;y 3D Illustration Projects I did while at BLT and Associates in Hollywood was to do a few shall Illustrations for the Pay-Off One Sheet, but I did a bunch of Merchandising Products that went along with the film.

The Egg chairs and huge sandwich was a parody ad based on the MIB white egg chair look and rather than guns they held the big sandwiches. I had just 2 hours to finish. This project became a textbook case on 3D Illustration, as they were hunting down a wicker hanging chair around town for hours , when I let them know I could design, model, and render one for them in one hour. Once I did that the sandwich was next. FUN!