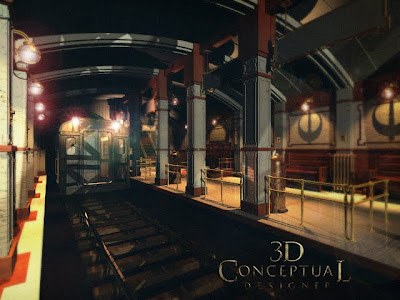 The Lower terminal of the Subway system in Launch City with a train arriving. 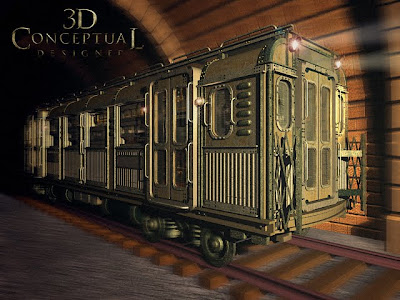 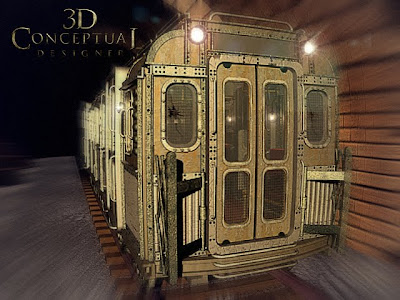 An alternate view head-on with the Launch City Subway Train. 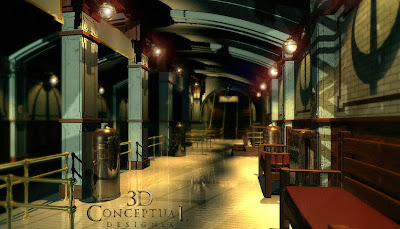 Over on deck at the lower terminal arrivals area. 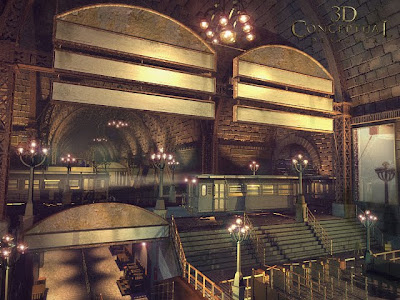 The main shot for the space in Launch City with designations interactive on the fixed sign. 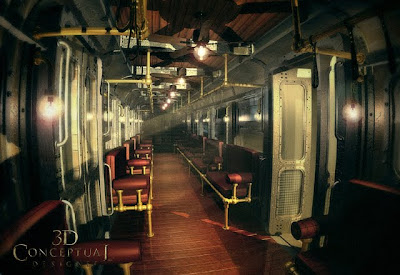 As a virtual city every space was there including inside the trains. 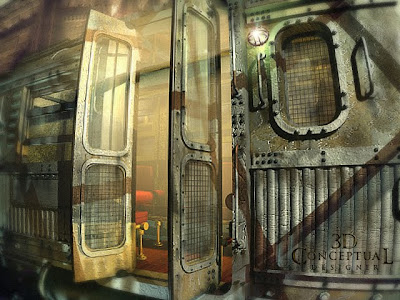 The door opening up was the first render test I did of the train. 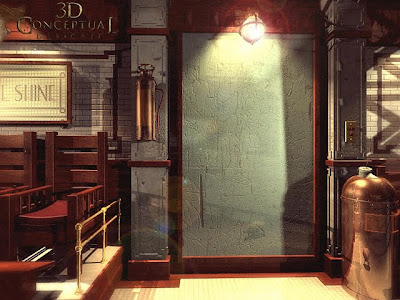 The interface for the Lower Terminal
[ note the Pink Floyd Pig reflecting in the copper trash can- I was reprimanded for that BTW!]

In the full redesign of the Launch City for the CD_zine I themed this area as a 1920's subway with white tile walls and heavy iron structures exposed with rounded brick tubes for the old metal subway trains.

The space was started by a great team member Cayce Justus, and it was handed back to me to finish. I build and designed the subway trains and the tie lower tubes first, then I integrated them in a 3D scene started by Cayce and finished it out.