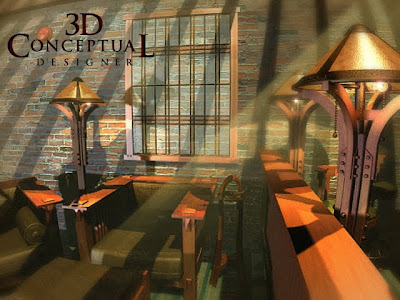 An early concept for the Hang. 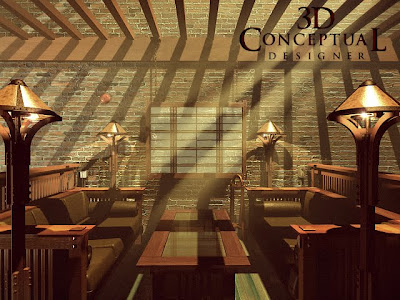 A wide shot of the first interior for the hang done back in 1999. 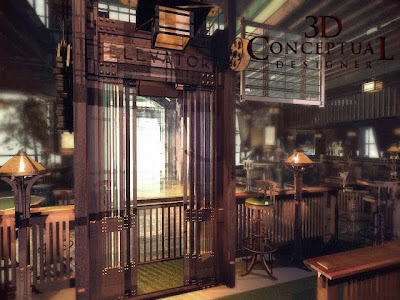 A Mission styled elevator in the lower level of The Hang. 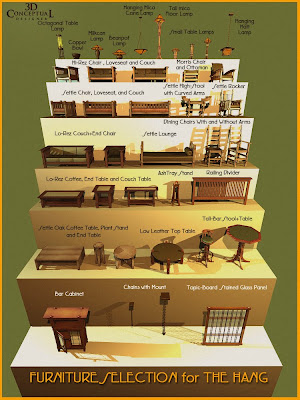 Here is an overall shot of all the furniture I designed and made for The Hang. 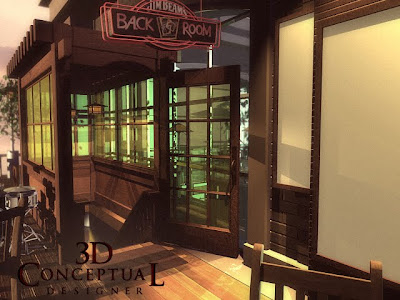 The rooftop bar was sponsored by Jim Beam. 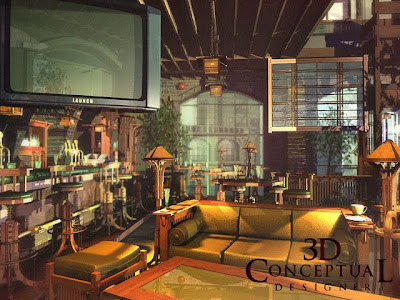 This is the main interview screen for Issue #40. 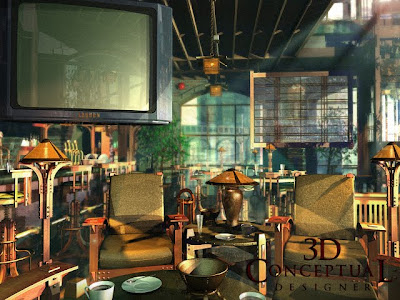 This is the main interview screen that was rearranged for Issue #44. 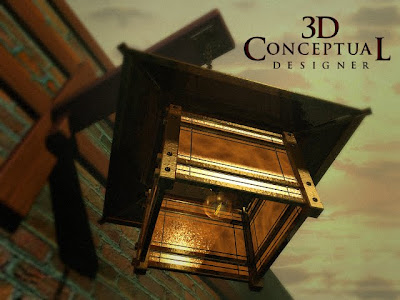 A ECU on a lamp from the rooftop set. 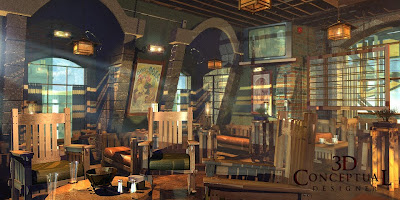 A Double-wide sliding screen for a big interview area used in one of the last issues. 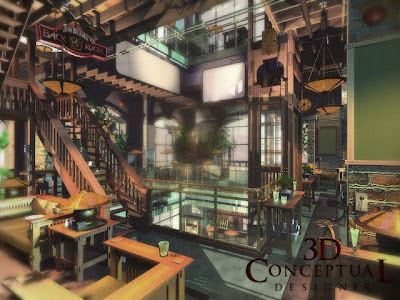 When we enter The Hang we enter on the middle level and can see down to the stage and up to the Mezzanine. 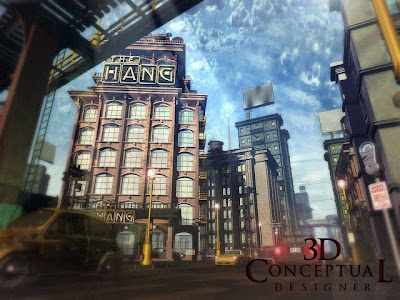 Here is the establishing view outside on the street level of The Hang. 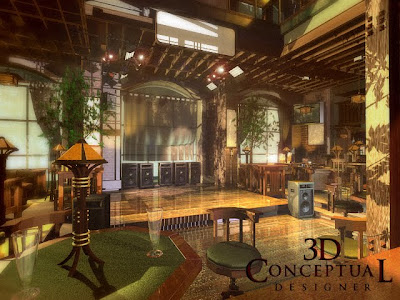 In the full redesign of the Launch City for the CD_zine I themed each area with a architectural look and style, and for "The Hang" I used the Arts and Crafts movement as the source.

What you see above are the interior views of "The Hang" in various locations within the space, as this was a three story virtual space with a patio on the roof and a stage on the lower floor.

What is great about the virtual space model is that you can arrange the furniture in any way you want and save out the scene for a differnet location for every issue. We switched things up for each issue so you will see a main screen for a few of the LAUNCH issues above.

As a huge fan of the Arts and Crafts movement this was a joy to design out full sets of furniture, interiors and the exterior of the building as well. Very fun.

To view PART I on Launch City you can go here.
Cheers, THOM
Posted by 3Dconceptualdesigner at 10:28 AM