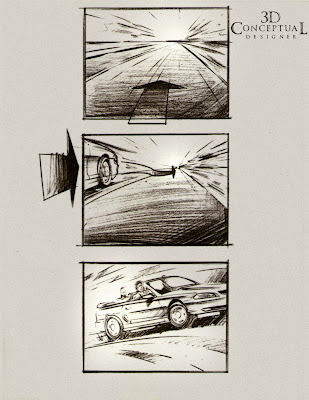 We open with the camera racing down a sandy highway... 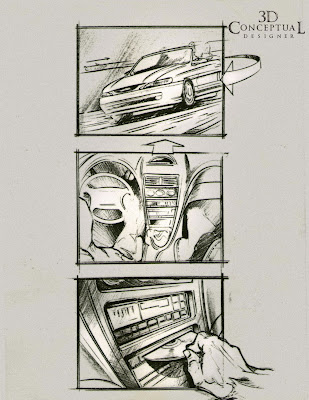 ...we cut to a reverse shot and slide into the interior of the car... 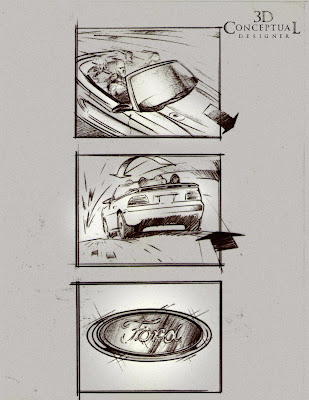 We have a series of cuts of the car ending on the logo.

I did these storyboards for the newly designed 1994Ford Mustang to help launch the product globally as these boards were for a television spot via Telemundo in LA and was a Spanish speaking commercial. Straight forward storyboards with a quick 4 Hr turn around.

As a car design major it is always fun to sketch out a new car that is not on the road yet, as at the time the new 'stang was yet to be released.

I met the client in a funny way as back then the internet was not really up for most of use so I would FAX out a "packet" of work to self promote my services to production company's around LA. The client was in the room when my FAX came in and I was hired that day.
Cheers, THOM
Posted by 3Dconceptualdesigner at 10:09 AM