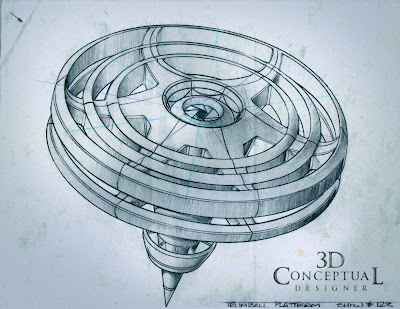 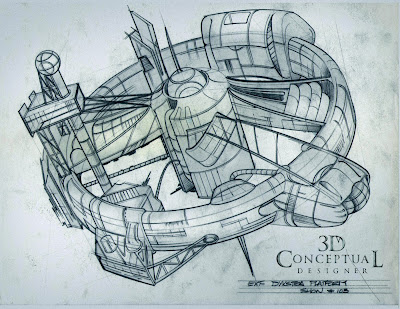 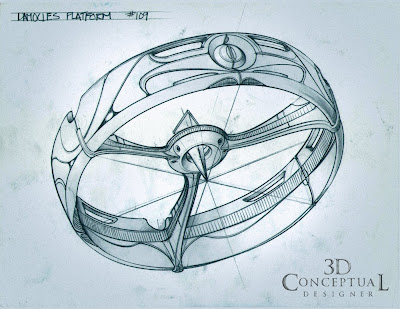 Damocles Platform from early in season one.

In this eleventh part on the Phantom 2o4o Television Animation Series I Conceptual Designed and Art Directed in the early 90's, I focus on the Space Station designs I did.

The challenge was to design three different space stations that could be identified from a distance first[ the first read], so even though they were all basically a round ring, they were proportioned very differently so the stations could be identified from log-shots as well as close ups. One was very complicated, one was lean and one was a "top".
Cheers, THOM
Posted by 3Dconceptualdesigner at 11:52 AM