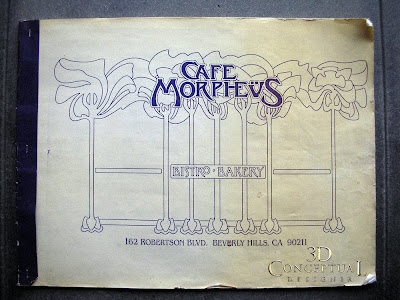 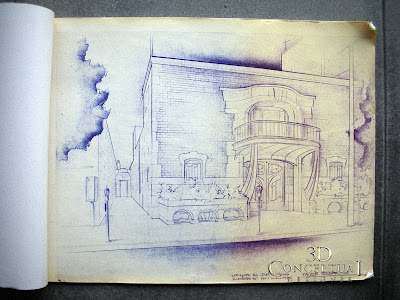 Entrance Facade's both front and side for The Asylum. 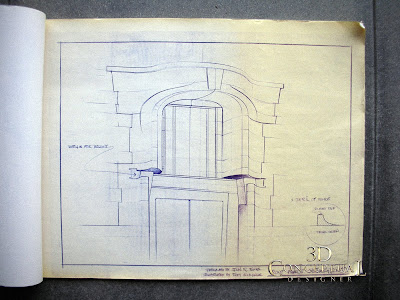 Contour Drawing for the Top of the Front facade over the doorway. 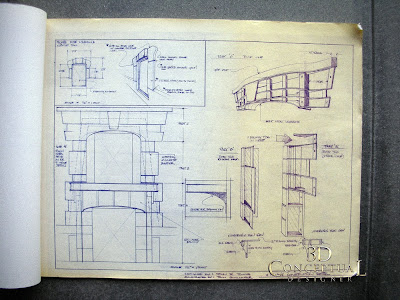 Early on in my career I worked through Phillip Mittel at Motion Artists and he connected me with John R. Thomas for the redesign of the Asylum restaurant into two distinct clubs. The front club would be renamed to Cafe Morpheus and would be an amalgamation of three to four architectural influences , but mainly Art Nouveau. The rear bar would remain Asylum, but would get revised and expanded with a better facade entrance to go along with it.

What you see above are the first four pages of the complete design package I Illustrated and helped John with to get the restaurant built. John is a creative genius and it was a great time and a fun project to work on for almost 6 months straight. This is the first in a series showcasing various areas of design.
Cheers, THOM
Posted by 3Dconceptualdesigner at 12:44 PM