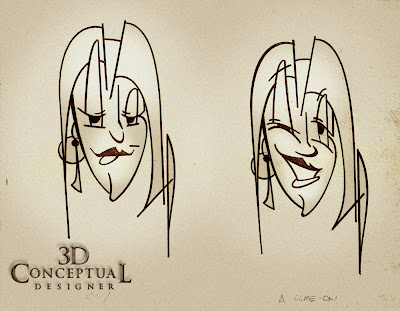 Here we have the emotions with a Coy and a "Come On" portrayed by the female character "Trophy". 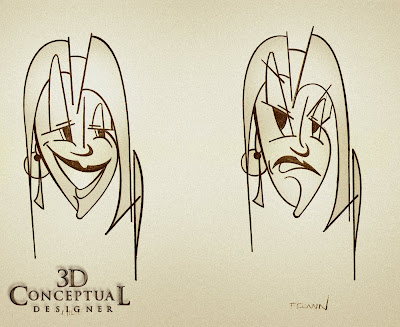 Here we have the emoticon Designs, a "Smile" and a "Frown" portrayed by "Trophy". 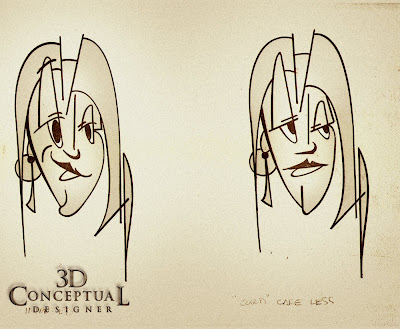 Here we have the emotions of I'm Impressed, and I could care less, as portrayed by the female character "Trophy". 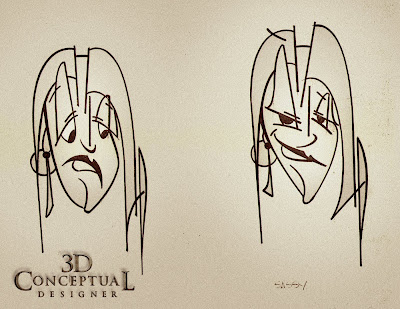 Here we have the emotions with Sad feelings and being Sassy, as portrayed by "Trophy". 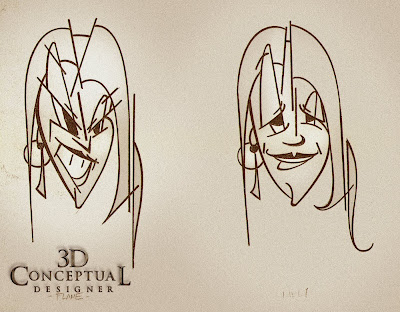 Here we have the strong emotion of FLAME[ pissed off], and Jelly, as portrayed by my character design for "Trophy". 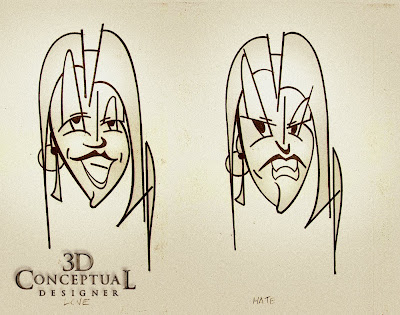 Here we have the base emotions of Love and Hate, as seen in "Trophy".

In this second post I am covering the series of characters or "emodicons" for an online chat room for the website for the Vodka brand Absolut that I created. I was contracted by the Design Studio in Santa Monica, Troon LTD.

The characters were to be done in a Picasso-esque style as abstract art characters, and the second character I designed was the "Trophy Wife" called aptly "Trophy". They wanted a ditsy looking club hopper with costume jewelry, so I designed her around this look.

I had to come up with 12 separate emotions for each character and each was an exaggerated look to identify the feeling as these were eventually scanned in and put on the web back in 1996 and they were tiny, like 256 x 256 at the largest resolution.

Actual Size as Used
You can see the first character "Manhattan" here.
Cheers, THOM
Posted by 3Dconceptualdesigner at 10:41 AM