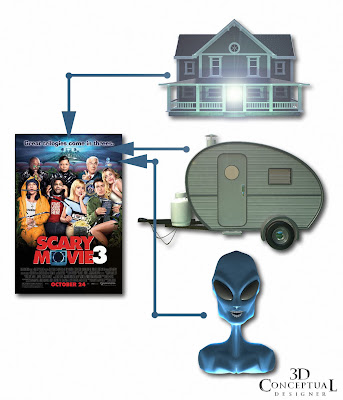 In the Final Finished One Sheet My 3D Illustrations made it into the final. 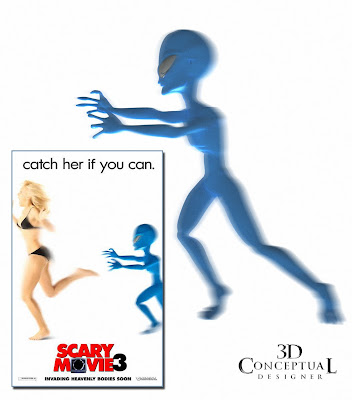 A Teaser One Sheet finish that has my 3D alien in it. 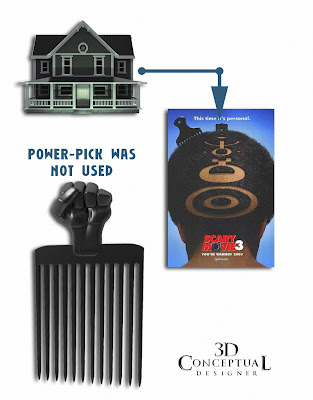 A Second Teaser Poster with some 3D Illustration in it. 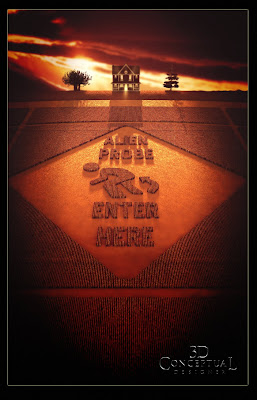 We did a few Parody Posters based on Signs with a Alien Probe theme. 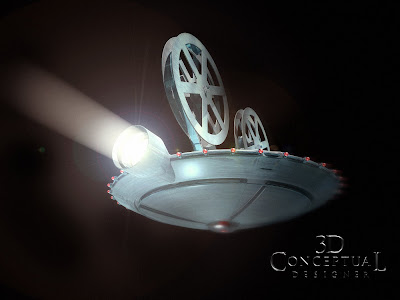 An Alien spacecraft with a movie projector on it as a concept. 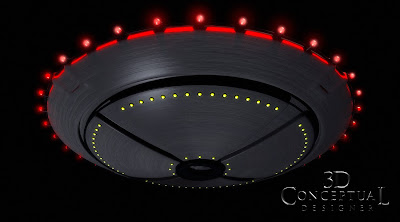 A Big Disc Spaceship with lots of lighting and the projector removed.


While in house at BLT and Associates I was given 3D illustration and animation work for Scary Movie 3 the third movie inspired by the Scream franchise and incorporating all major films of the day into the parody. With props from Signs, The Ring, 8-Mile, just to name a few, I built a lot of props used in the Posters from these films. A concept we had for a one sheet with the "Alien Probe" signs crop circle gag, made it into the AV trailers we did, and was eventually put into the actual film as well. A fun movie with some fun 3D Illustration work to do.

Cheers, THOM
Posted by 3Dconceptualdesigner at 9:52 AM