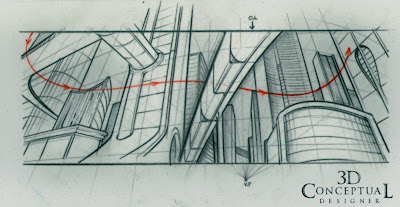 A Wide PAN from the opening movie showing Kit flying between the buildings. 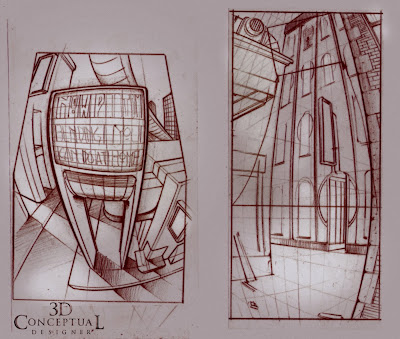 A couple of Vertical Pan shots as Mini-BG's in the city. 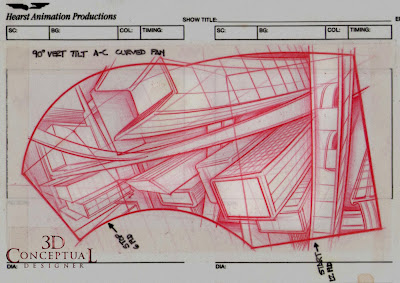 A complex rotating Horizontal pan with a tilt and zoom in, WHEW! 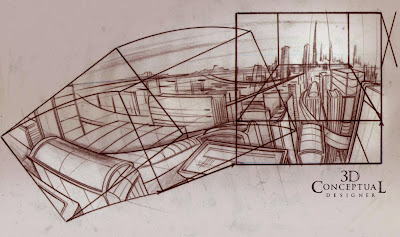 Another city move rotating and zooming while panning across. 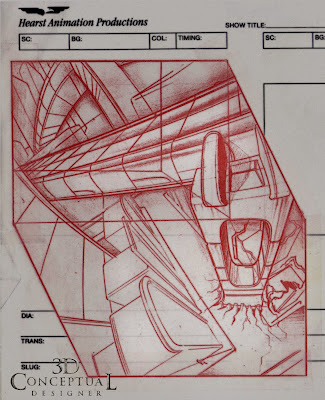 A diagonal Vertical pan with a zoom in the lower city area.

In this twelfth part on the Phantom 2o4o, I focus on what I termed a "BG-Board" or a Mini-Background.
The main reason this became a major part of our production was the due to a cost factor limitation we had. I will explain; In 1993 the WB was producing Batman the Animated Series and they had a budget of around 1.25 million per show. At that same time we had a budget of 220K per show less than 1/5th! So as with any budgeted approach you get what you pay for and what we were getting is that in Korea they were not drawing out the layout backgrounds based on the the key-art we did, they were Xeroxing up the storyboards and tracing the boards themselves.
Now the issue with this is the board was not meant for that it had story flow and character action, but the backgrounds were usually blocked in very roughly. What I ended up doing was to go back over the boards and draw mini layouts in velum right over the boards before we shipped them out. Once in Korea it at least ensured the perspective would be good. I ended up doing hundreds of these little sketches and they are all about 5" and smaller most frames were 2x3 inches. FUN!
Cheers, THOM
Posted by 3Dconceptualdesigner at 10:36 AM