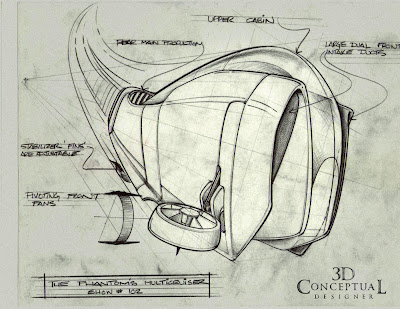 The final design for the Multicruiser in Standard Mode[ Civilian]. 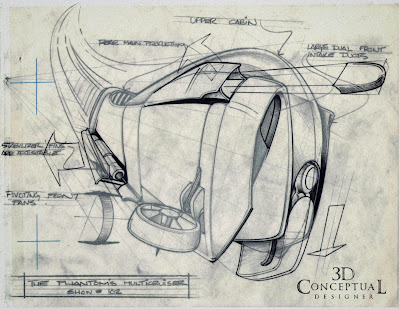 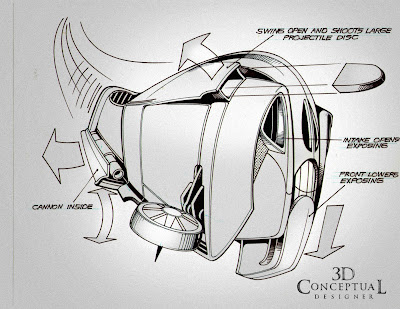 In this tenth installment on Hearst Animations 1990's Television Cartoon , "Phantom 2o4o" I am looking at the Phantoms Multicruiser. The main transportation or flying car in the series were Multicruisers, you have seen some of my designs before. This as one of five main Phantom vehicles and for all the vehicles the had "modes" of operation.

Fan power was the preferred form of levitation and building around that, all Phantom vehicles incorporated a subtle or not-so subtle skull image within the design. For the Multicruiser it would change it's appearance and transform into the other modes, and the skull would finally be the most prominent in the attack mode when the Phantom is doing his job.

The first image is the original sketch design for when Kit Walker[ AKA The Phantom] is cruising around. The second is an overlay showing the first stage of transformation where the front is opened up and the weapons begin to appear. The final image is actually a scan of the final inks showing the last mode and the full skull can be seen of the face of the Multicruiser.
Cheers, THOM
Posted by 3Dconceptualdesigner at 10:40 AM