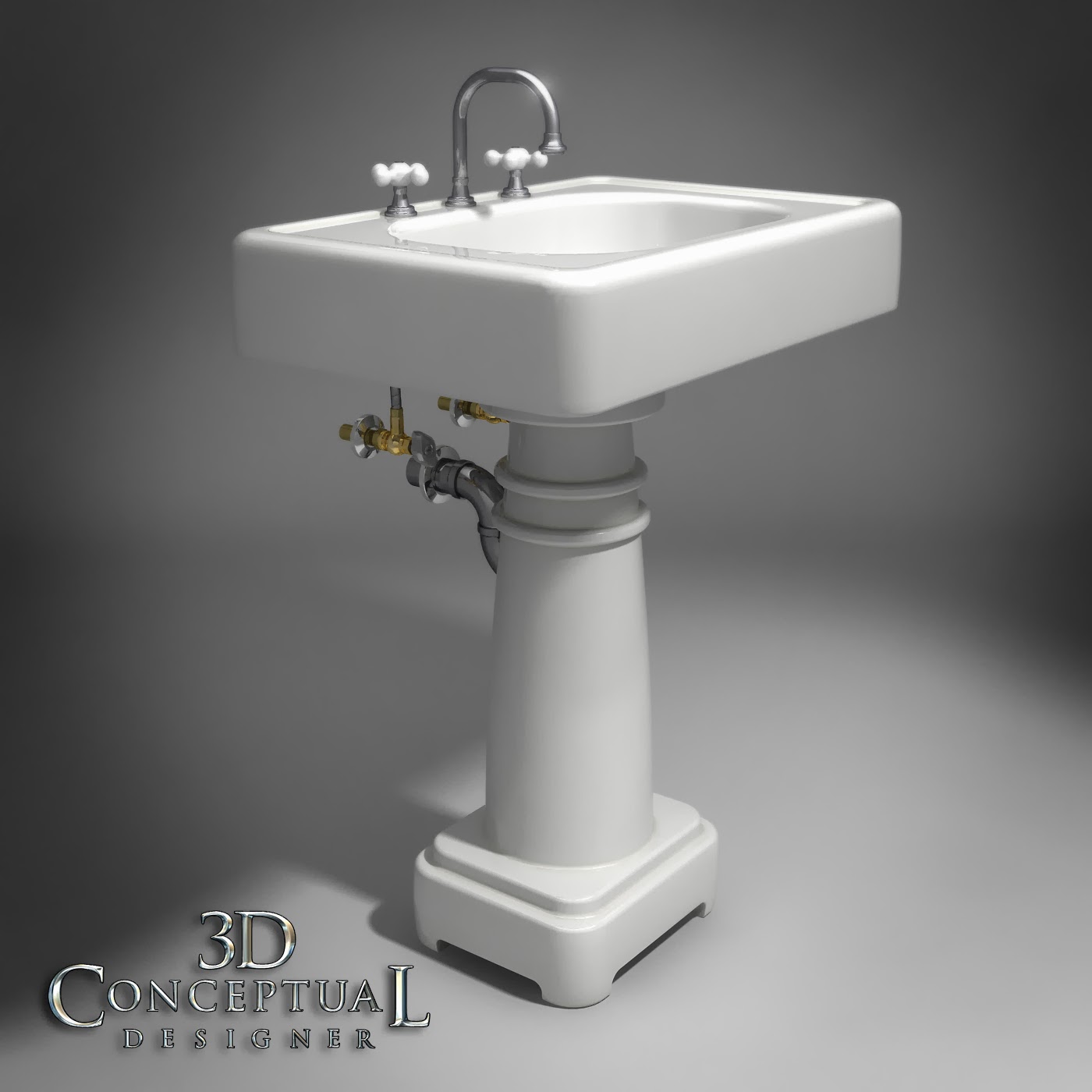 The fully textured 1920's Pedestal Sink I built and sold through a Stock Model company TurboSquid while 3D Design Director at The Cimarron Group. 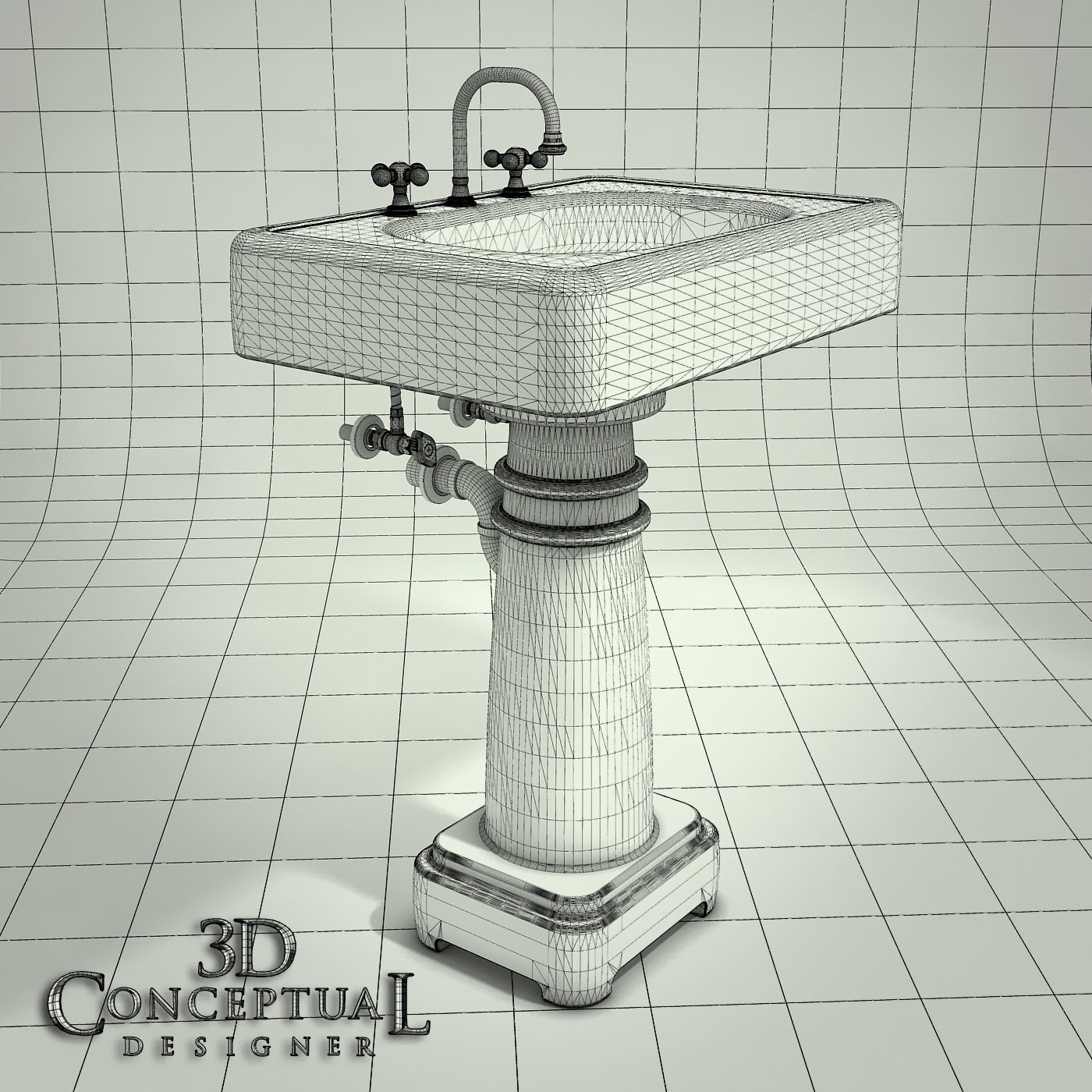 This Polygon shot from the same camera shows that this was a converted NURBS build as a solid model. 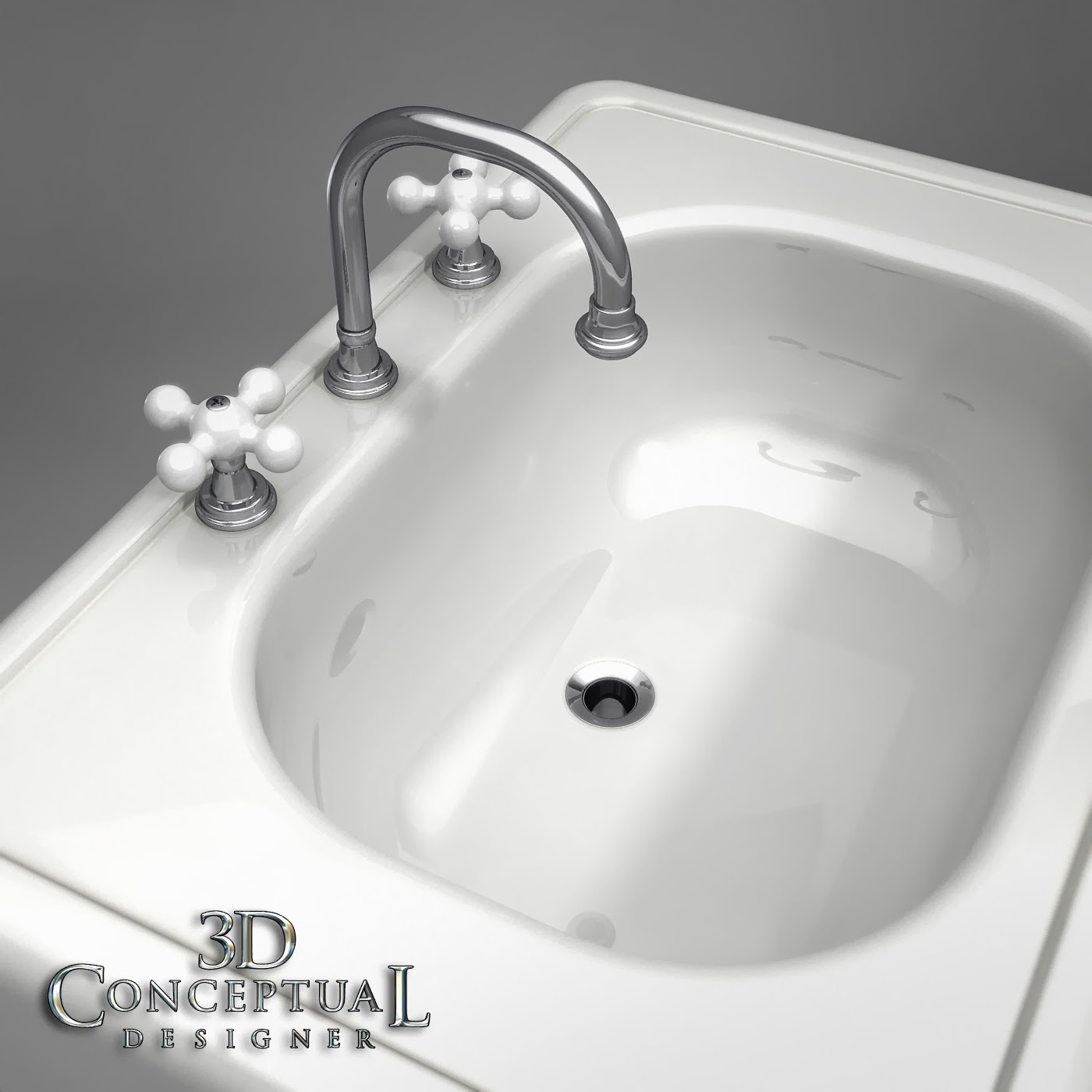 A close up on the sink basin with the ceramic knobs and polished nickle hardware. 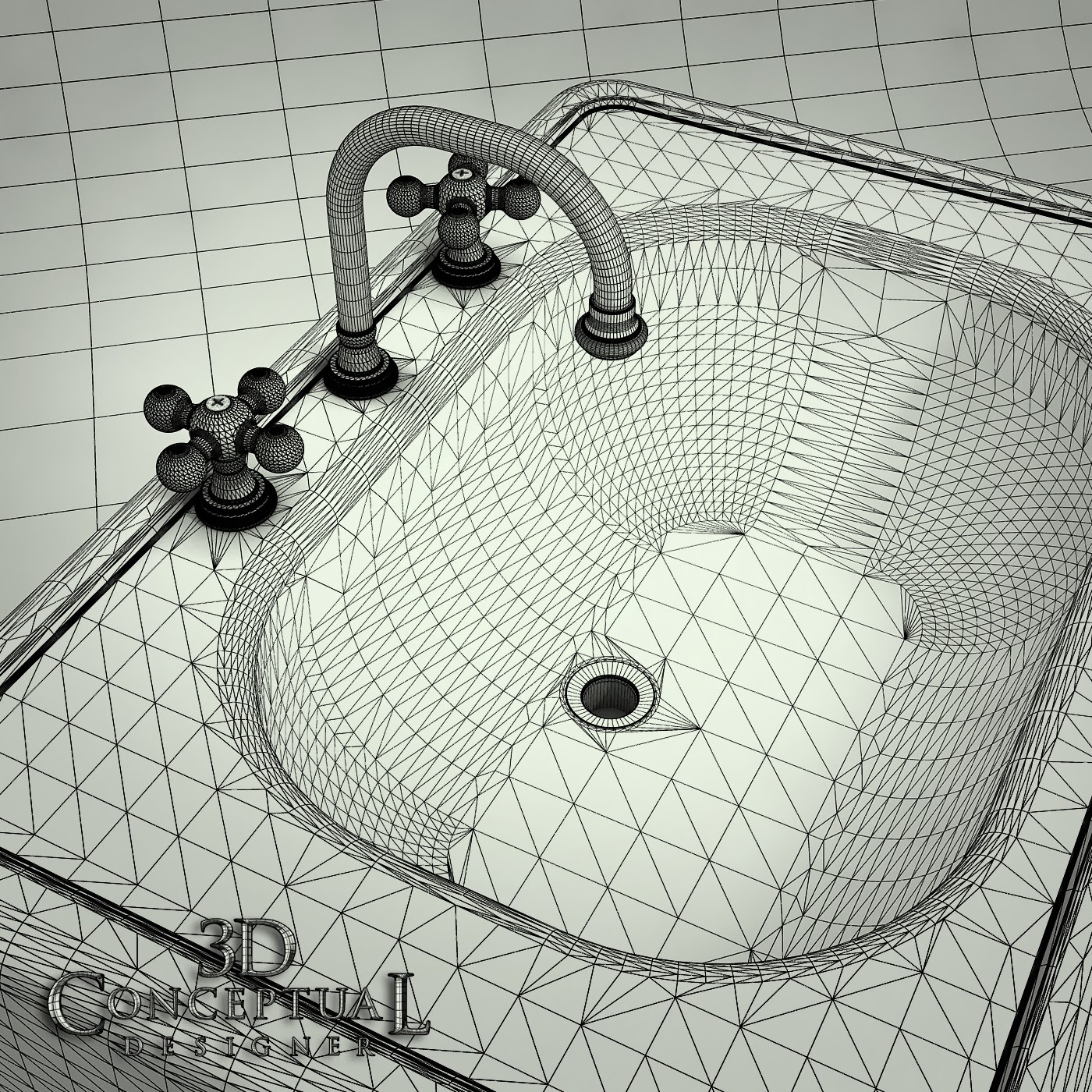 Here in the exported as Polygons from nPowers Power-NURBS plugin you can see the basic solids. 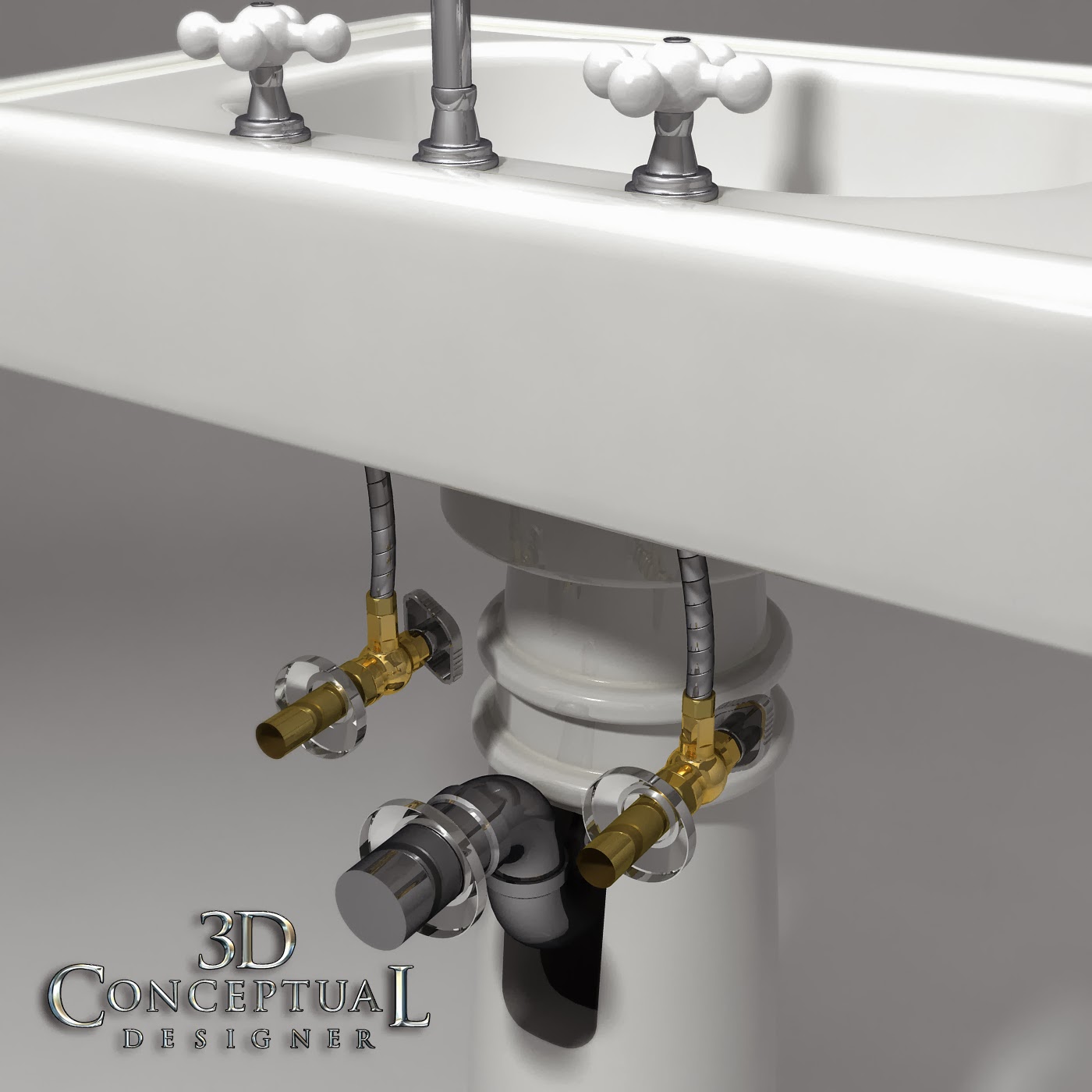 A shot from out back shows the hollow double sided geometry for the pedestal base typical for a 20's build with the valves and P-trap out back. 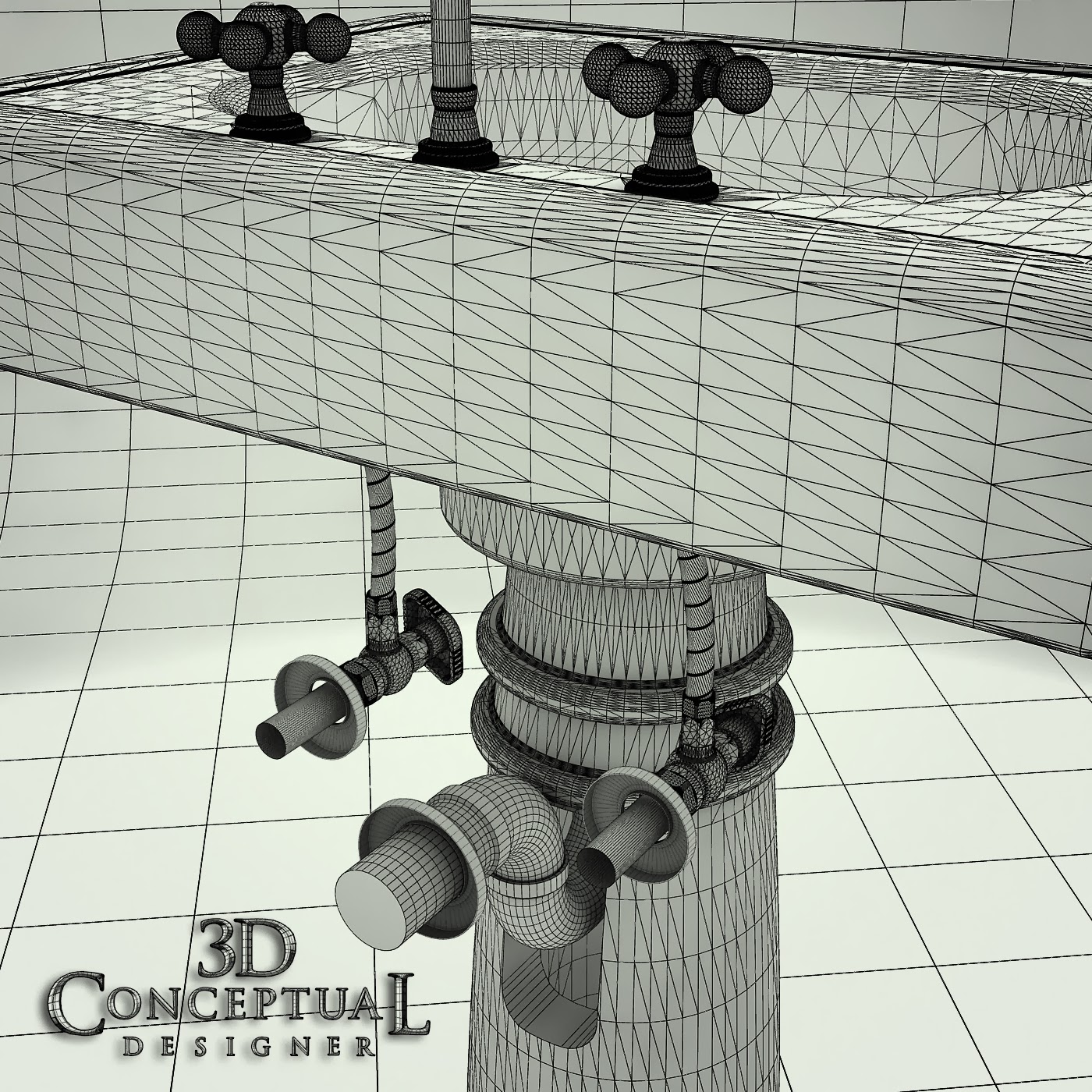 The geometry render for this shot. 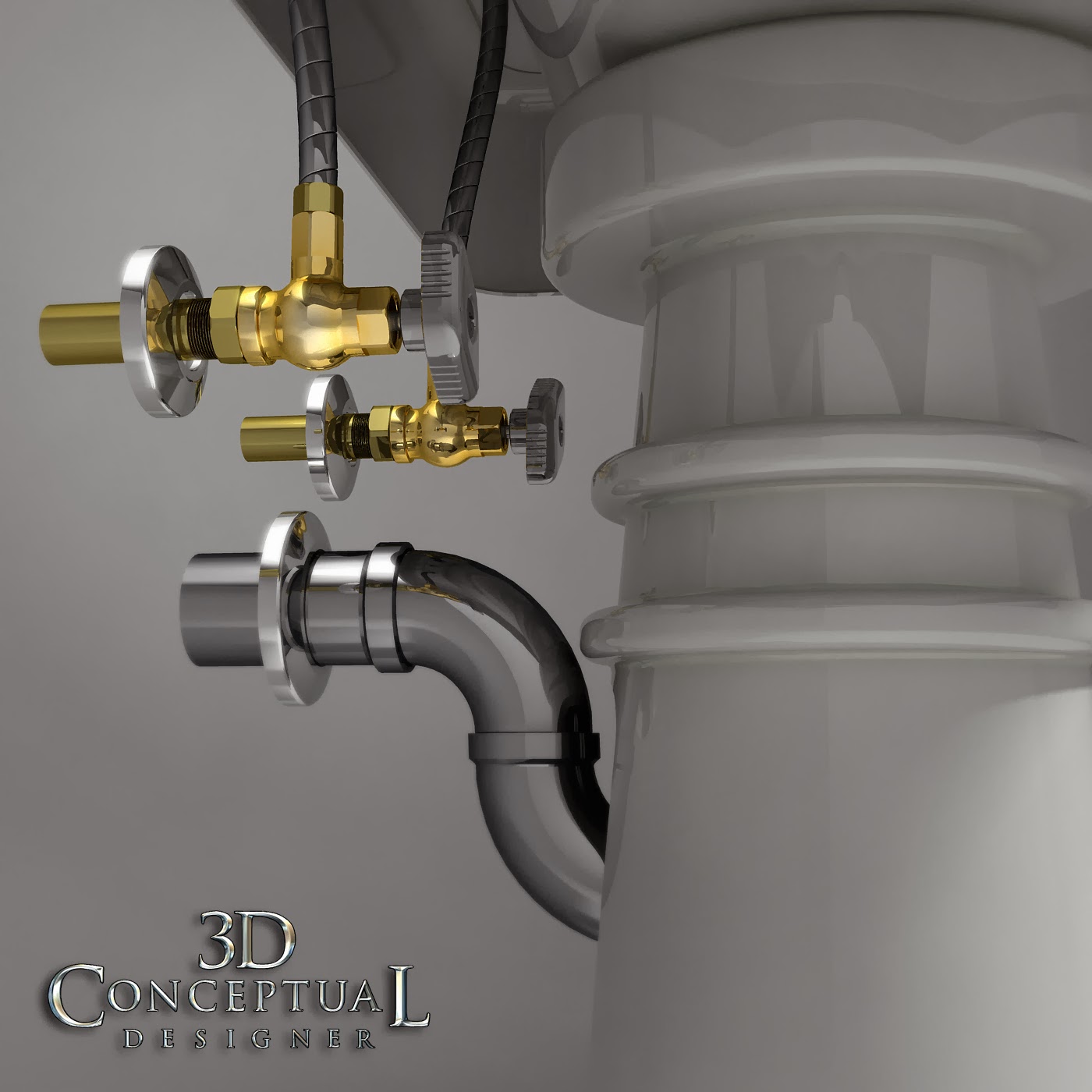 A close up the water valves which are still sold separately online were a detailed build in and of themselves to get the handle hollowed out with the proper groves etc. 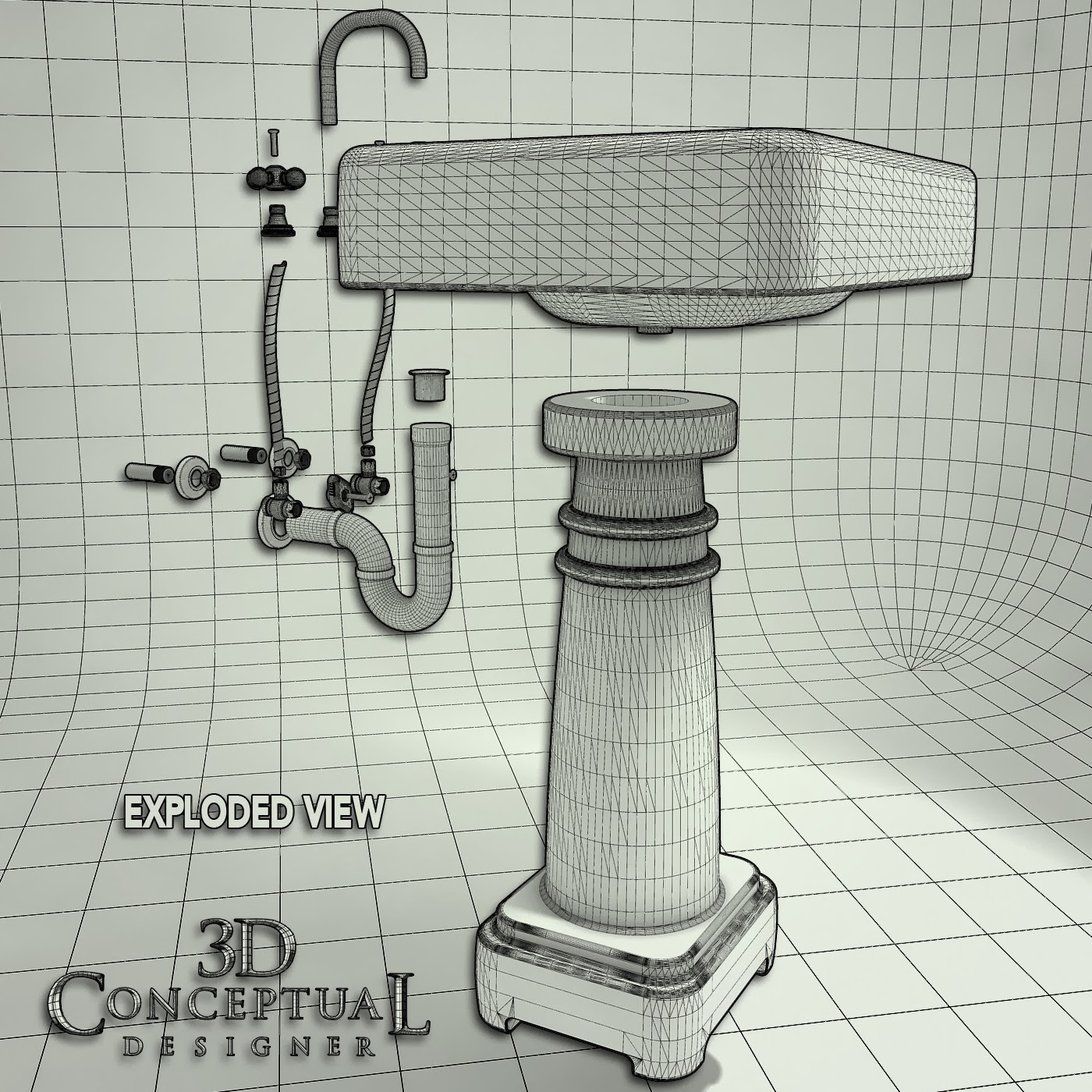 This exploded view shows all the parts in the full build separated out for clarity. 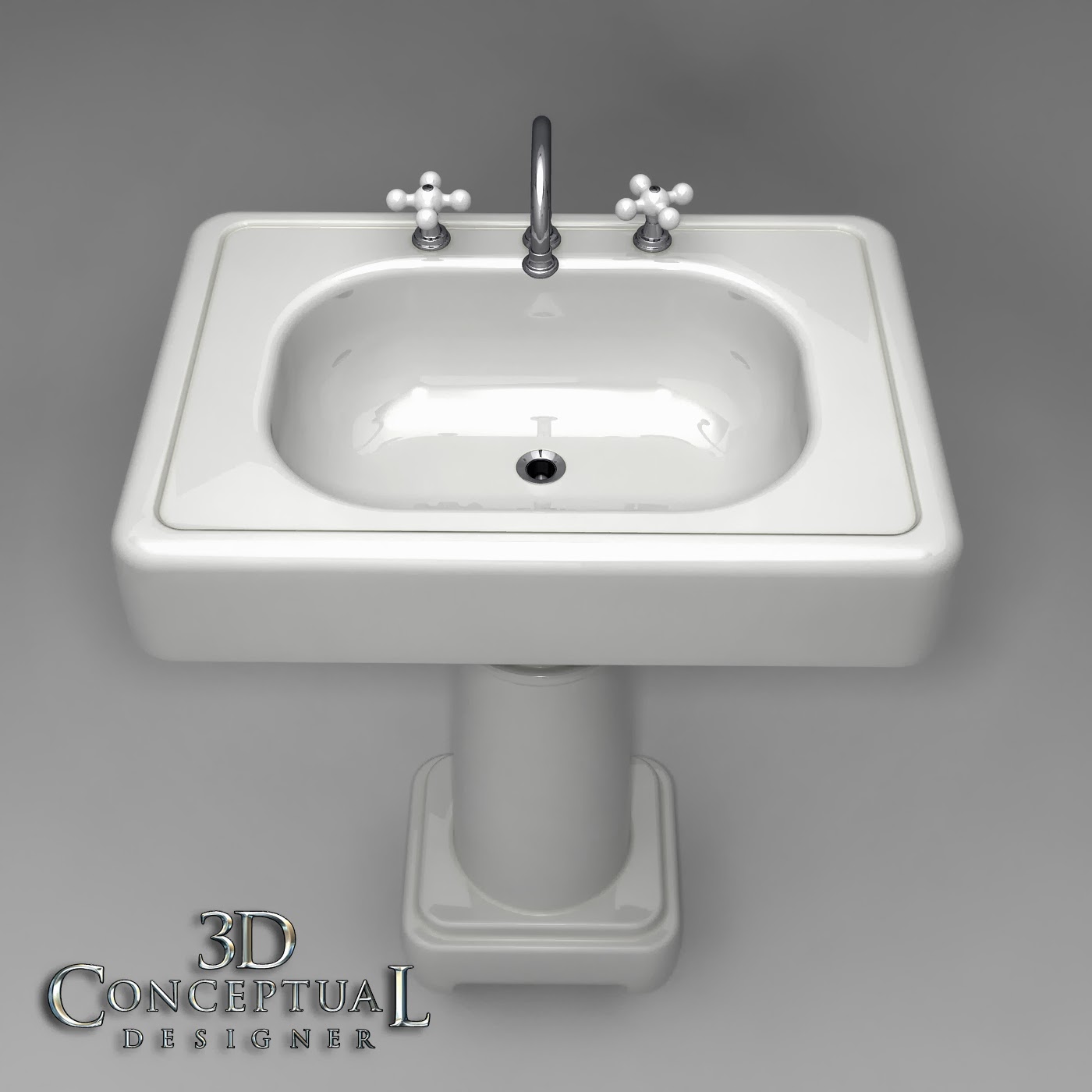 
Back in 2005 I was 3D Design Director at The Cimarron Group, a Theatrical Advertising agency in Hollywood, and I regularly did both 3D Illustration, as well as 3D Animation for the print and AV division, in which I built out highly detailed 3D Models, and today I am reviewing one of the models that I built specifically for sale online as a Stock 3D Model, a 1920's Pedestal Sink.

As a Conceptual Designer we look at time periods for many of our conceptual work, and not just the future, but the past. Many of us, myself included, have a fascination with times gone by and the designs that inhabit that era, and for me I am a huge fan of the turn of the century from the Victorian to the Craftsman Era from 1903 thru to the 1920's, so I decided to build out a typical sink from that time.

At the time I was still living in a 100 year old home and was steeped in the shape language, so I went to work building. I was at the time also using N-powers Power-NURBS modeler, so I created this model as a Solid model for the majority of the parts, though today I would prefer to go full Quad Subdivision.

I always build my models with a high level of detail on the parts so that the end user of the stock model can use them for close up shots to and add realism which is in the model build itself, and not dependant on more time consuming 3D mapping work which is view dependent to work w/o artifacts

The model is still for sale online at the largest 3D stock company TurboSquid and can be seen and purchased here. I also sometimes break up the builds as I sold the valve separately too here.

I will be showcasing many of the stock 3D models I have from various companys I have prepared them for in future posts, so enjoy!


Cheers, THOM
Posted by 3Dconceptualdesigner at 10:28 AM