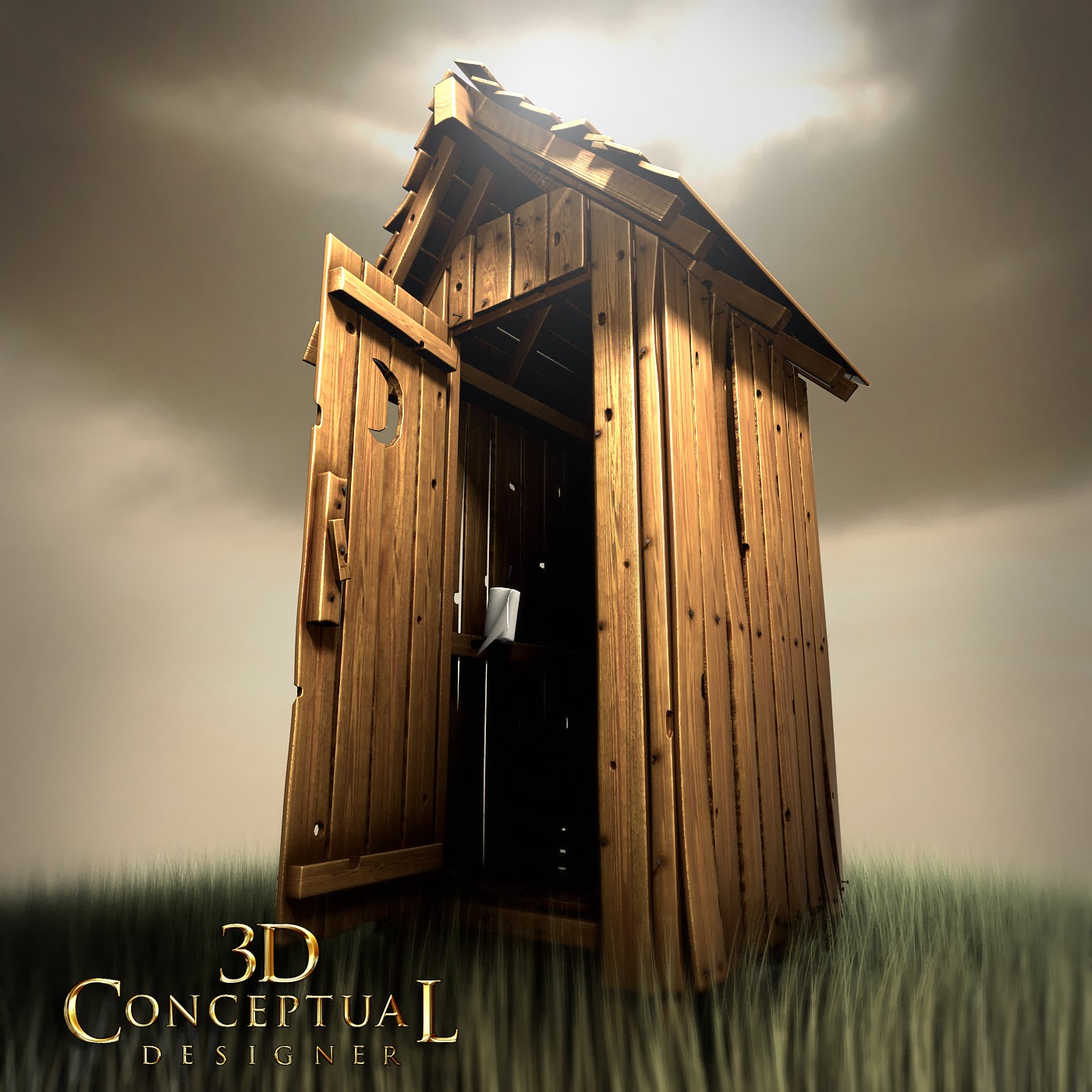 The Hero shot of the Old West Outhouse. 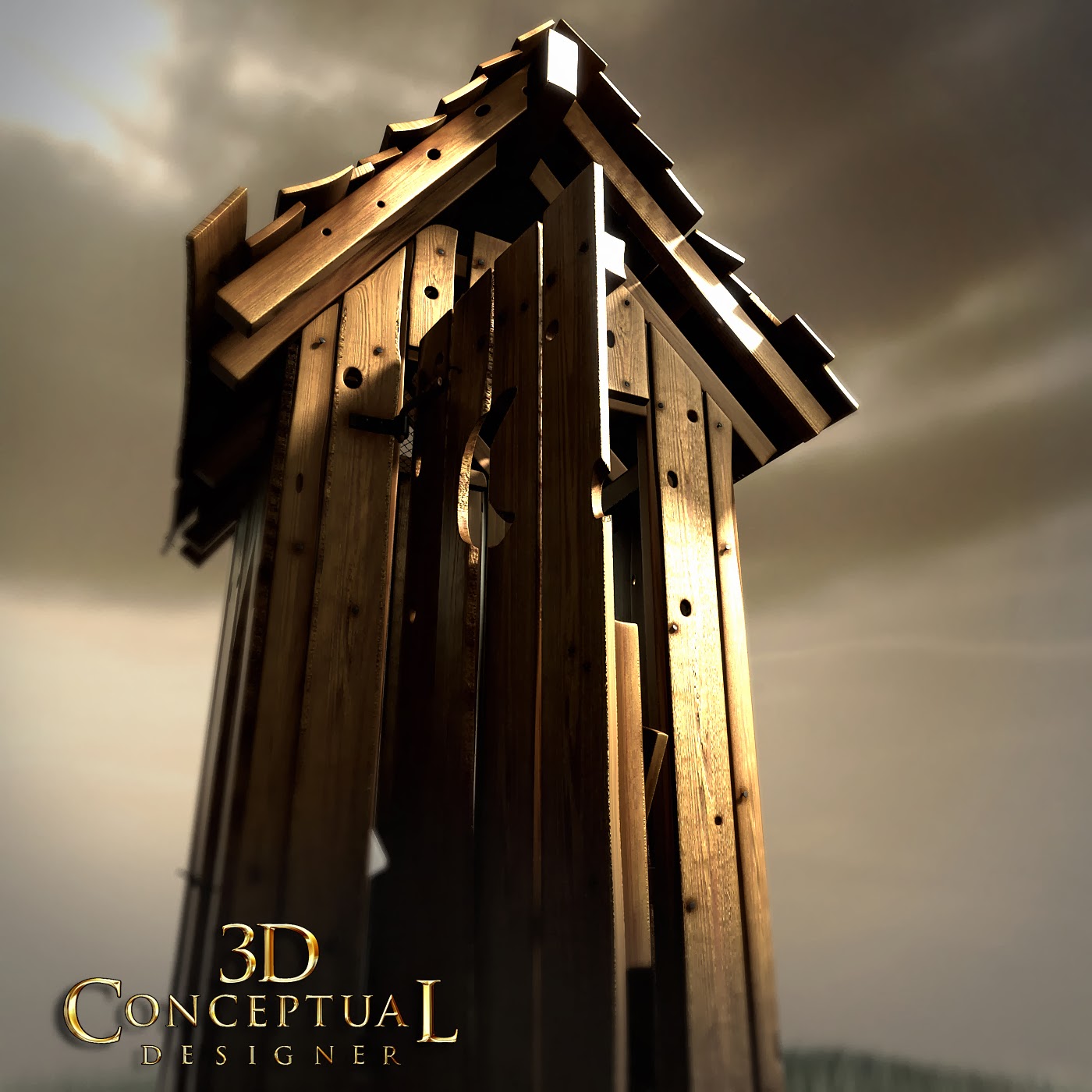 A low shot with the door open on this Out-House 3D Virtual Architectural Model I sell online. 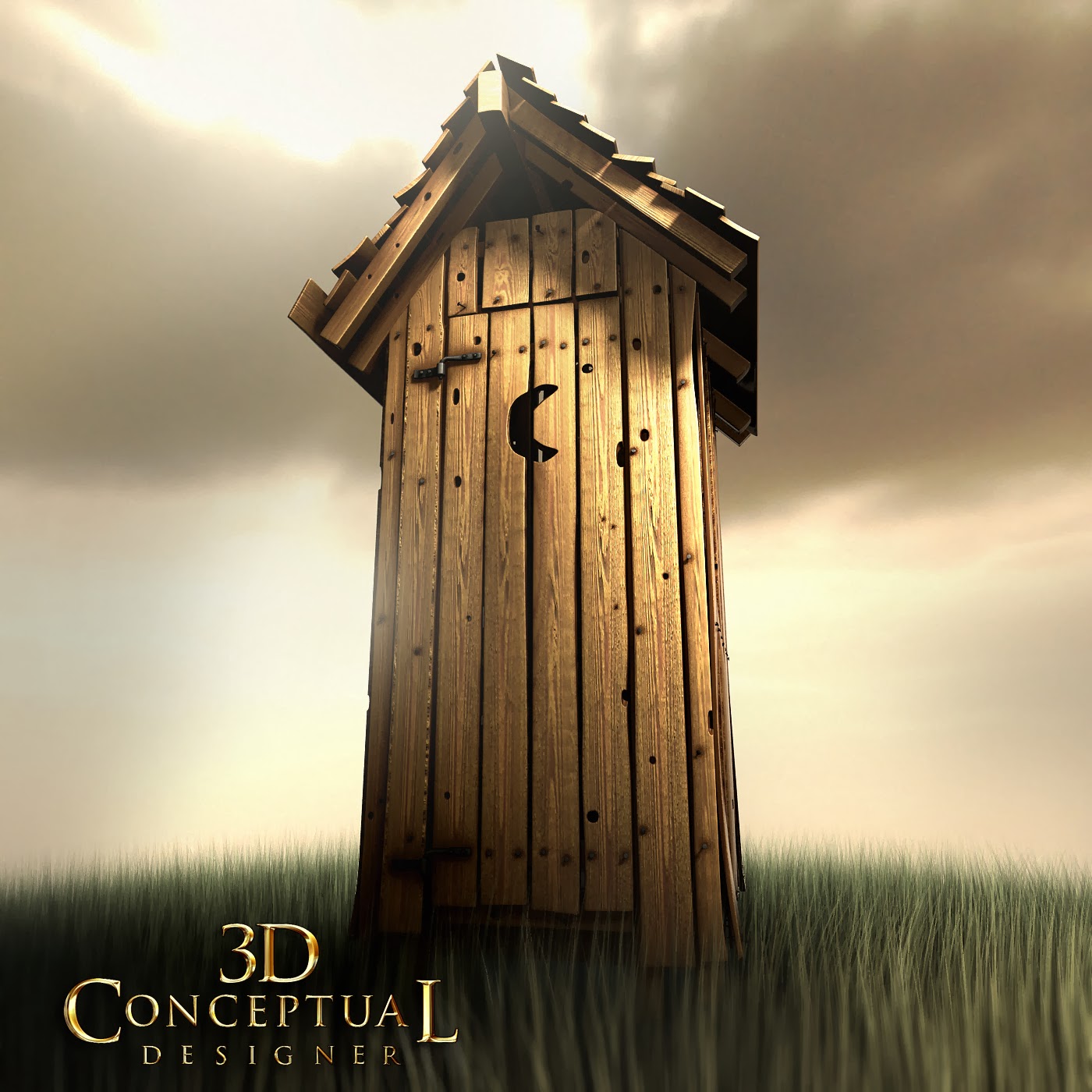 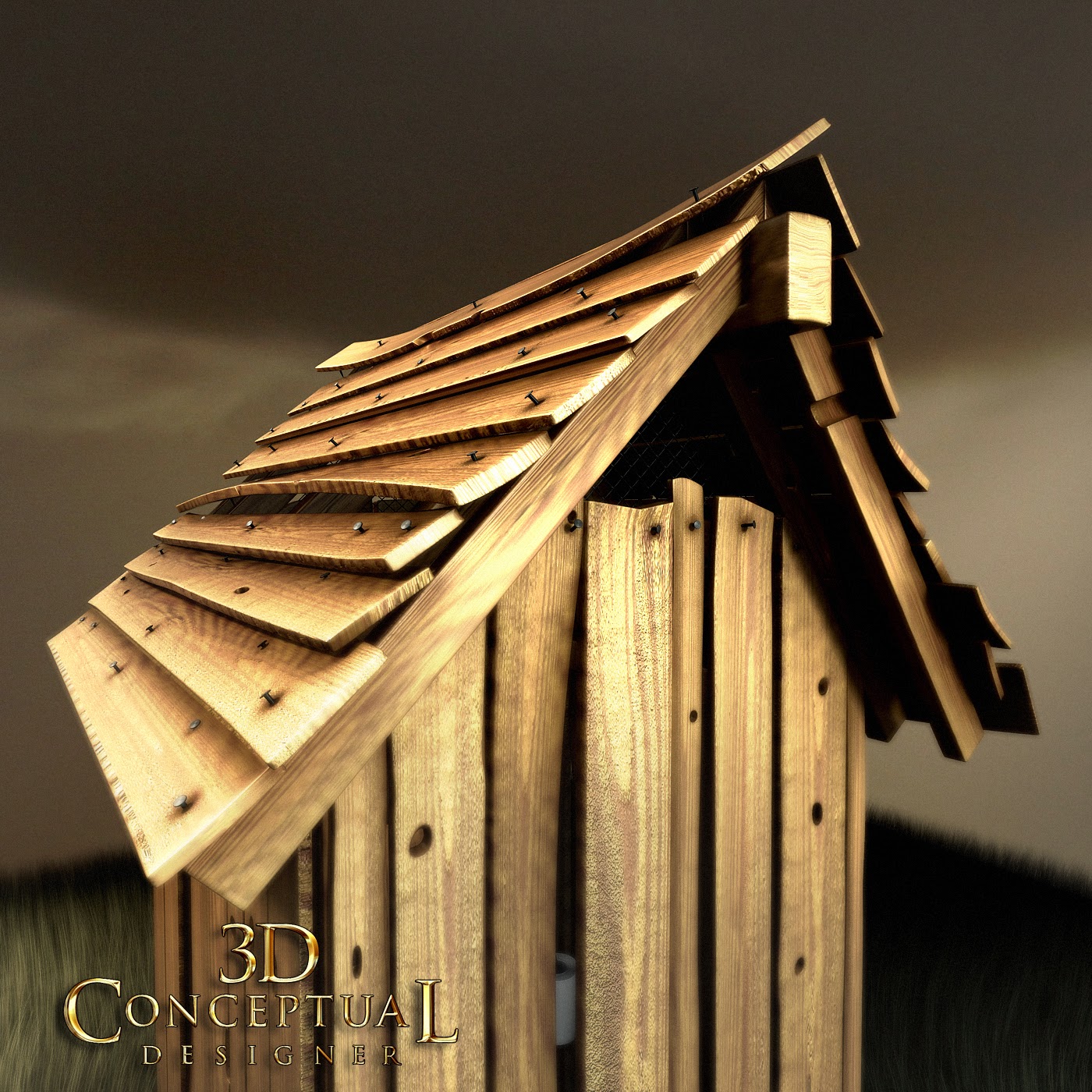 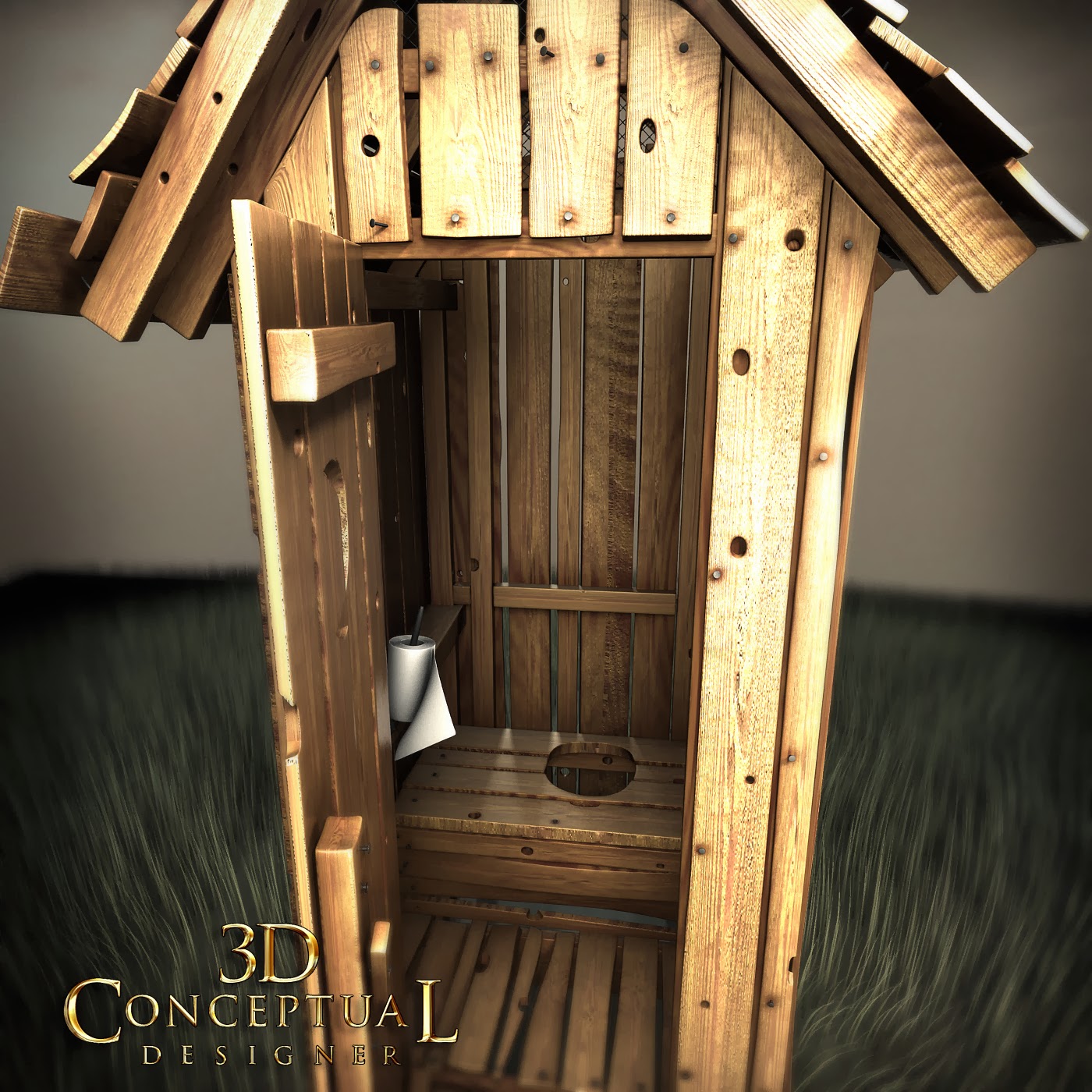 The fully textured shot inside the Out House. 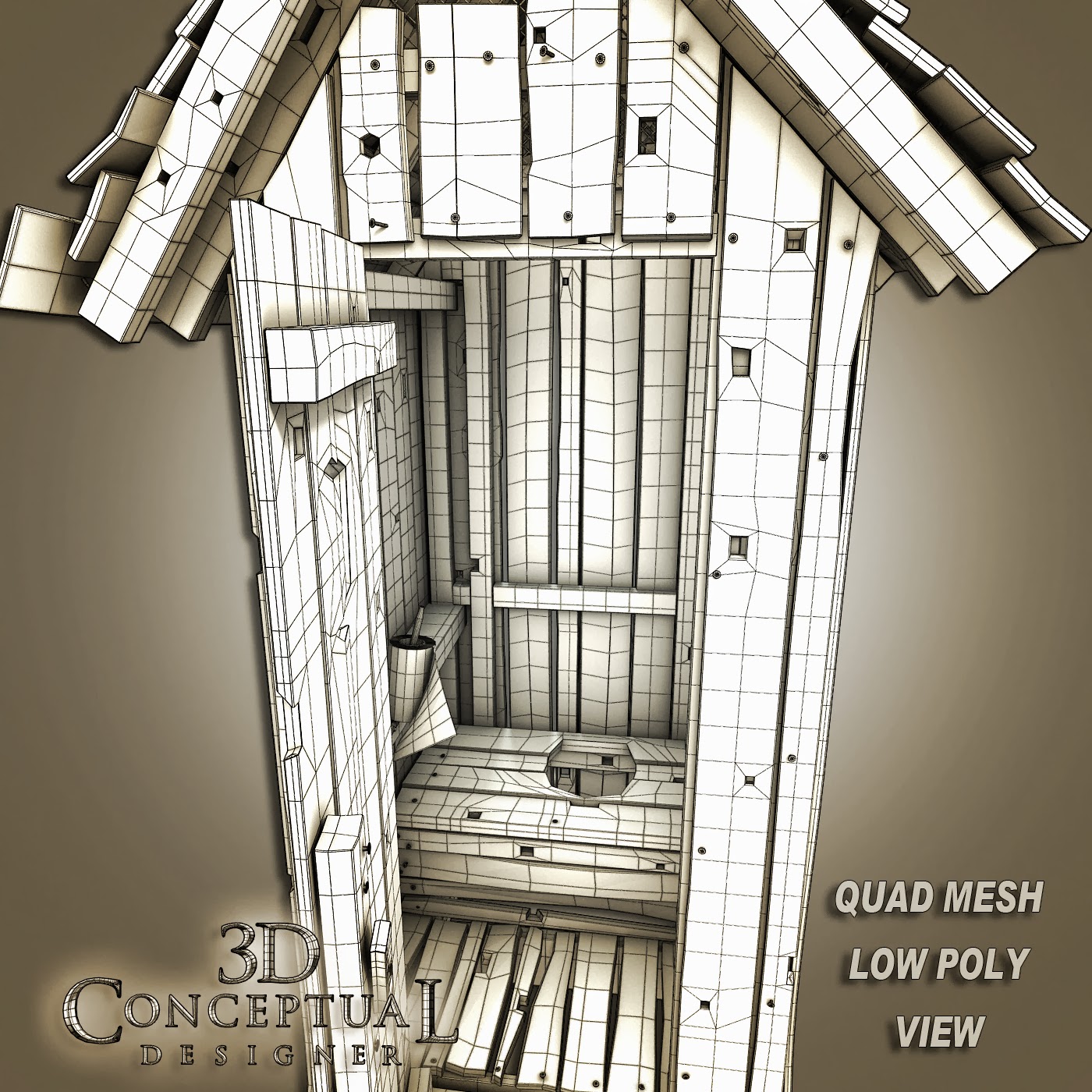 Here is a shot inside showing the base quad build with all mesh-smoothing removed. 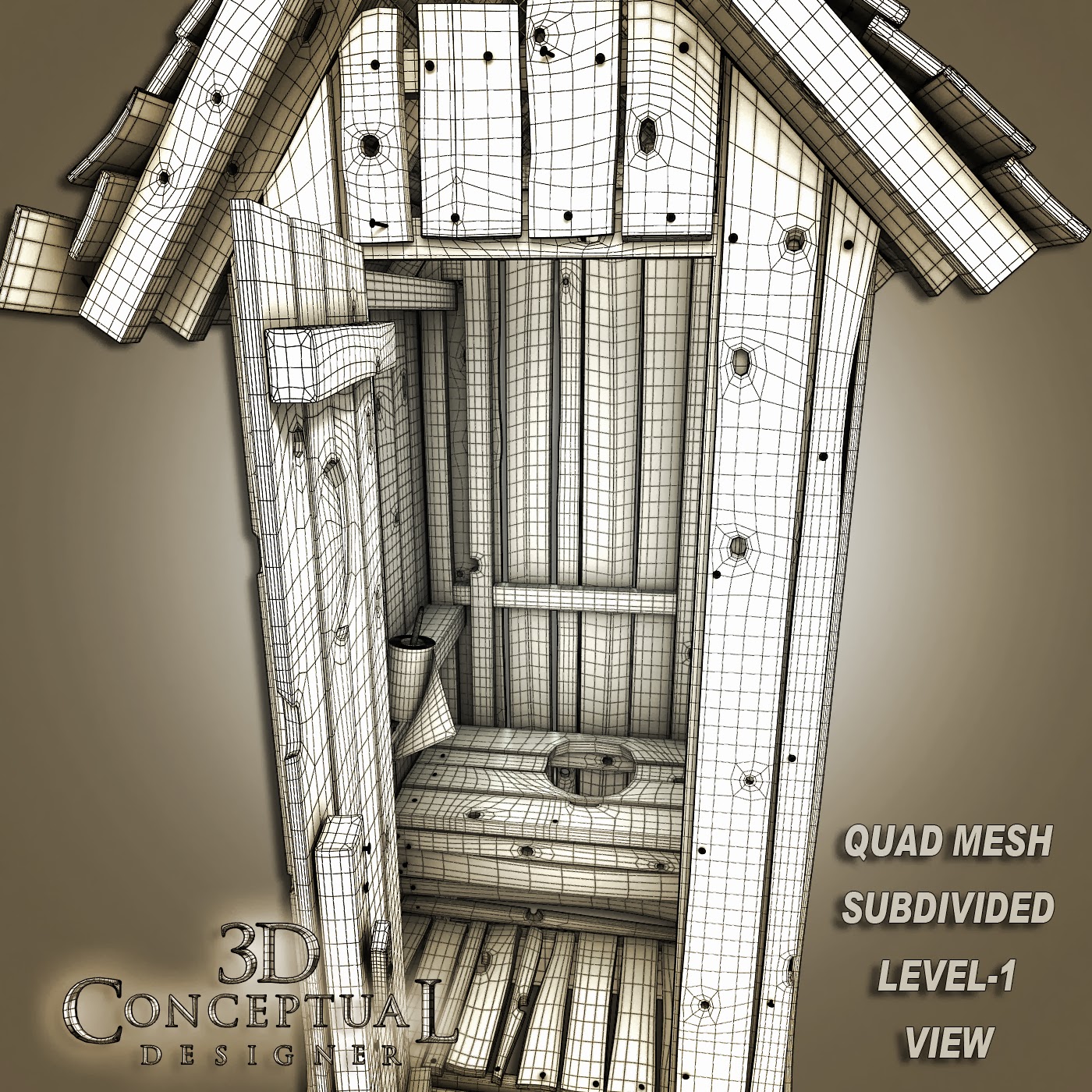 For long shots I go with just one level of subdivision to the poly mesh to keep render times low. 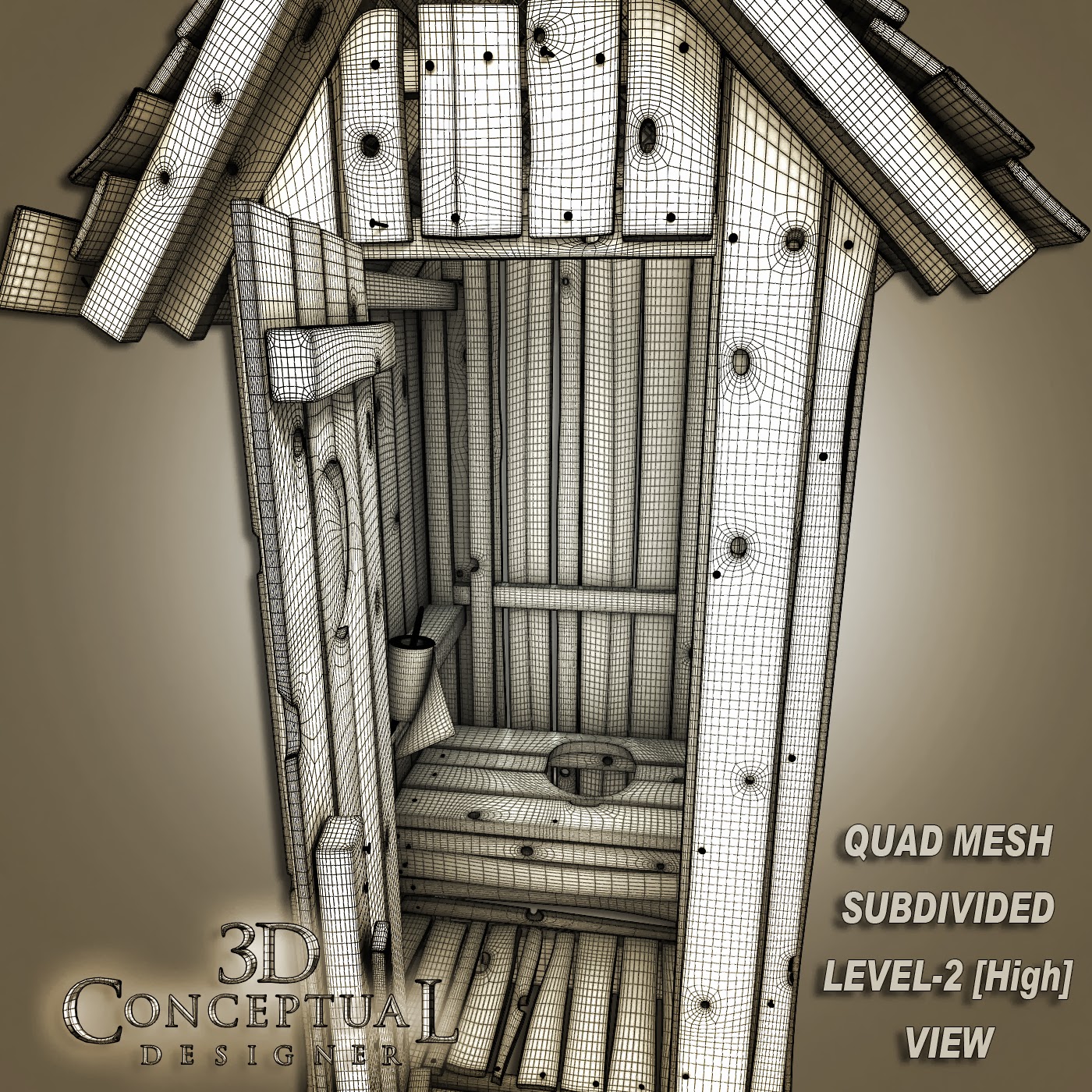 The fully subdivided final Model with two levels of Sub-D to get the knotty boards curved enough. 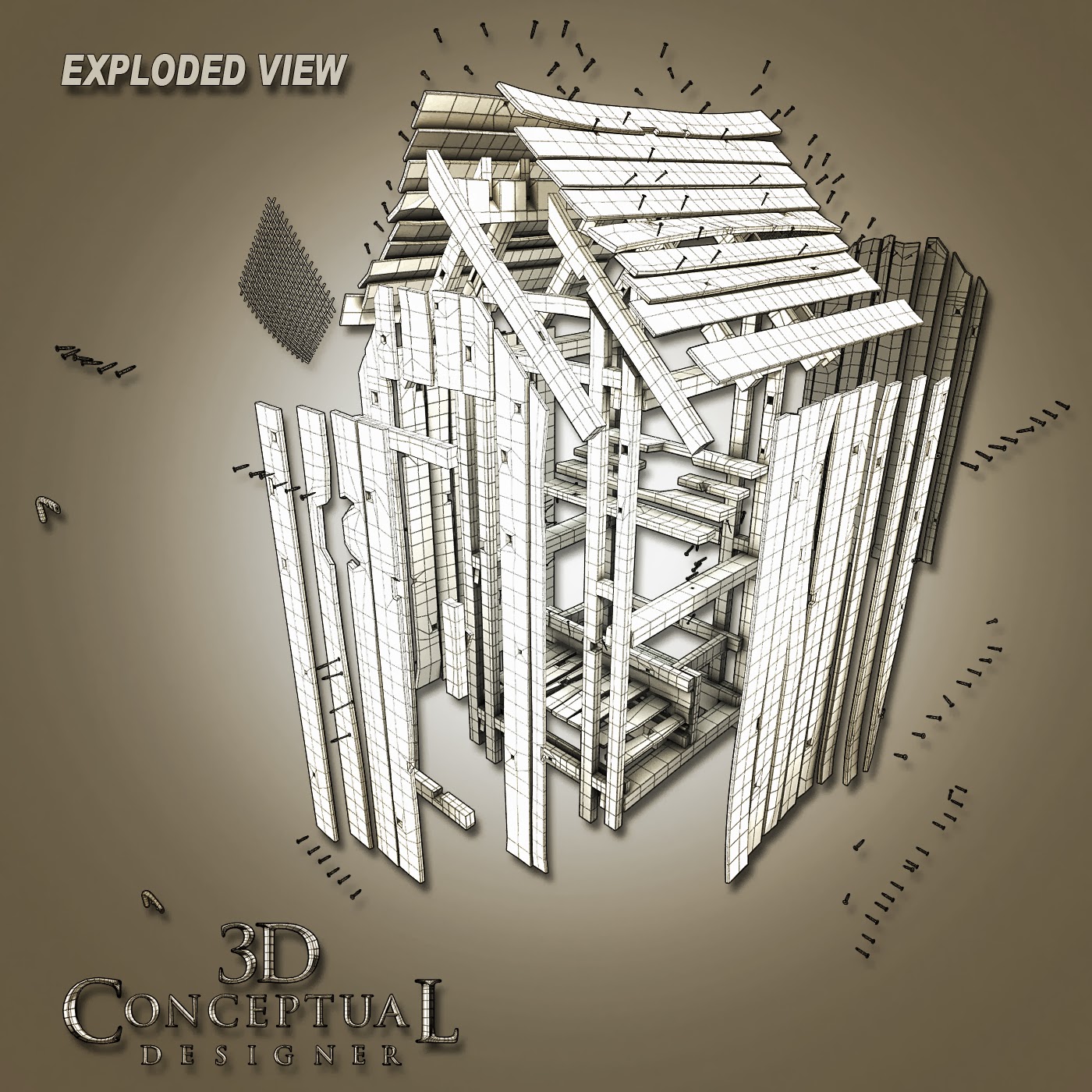 An exploded parts view of the Outhouse model as a Low Poly base mesh.

I posted a few years back this stock model in a brief PART I posting here. I built out this model for sale online of my 3D assets, and today I have PART II showing a bit more of the sculpt with some context textured out on a grassy hill.

Building a realistic Old Western Architectural asset involves a good amount of aging the individual parts as the wood used over the years weathers greatly and warps and splits, so the modeling is a fun project in creating each individual board to interact with the overall original install, as well as the effects of time on the little building with nails pulled out for the wind and weather to create a fun little structure.

I had done many a sketch of western structures for both Set Design, as well as my Frontierland Virtual Magic Kingdom work from back in the 90's so I was versed in the look I wanted to achieve.
I also have built out a cleaner modern barn here, as well as an older version too here.

I also show the exploded view showing each part that was built out in virtual space, all subdivision so the model can be increased in resolution for close-ups as needed and animated in low-rez for ease of use.

Posted by 3Dconceptualdesigner at 10:19 AM