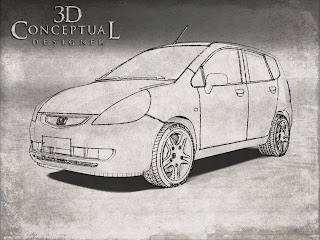 A sketch shader was used with an aged paper background for this 'Sketchbook" look I did in 3D using Cebas' Final Toon. 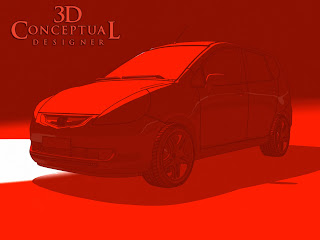 The first pass was a bit dark and the lines were a darker value of the base color keeping the scene monochromatic. 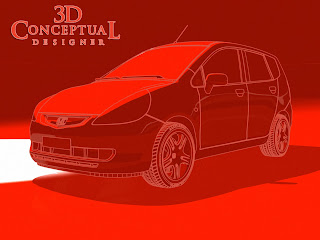 I adjusted the lines to a brighter color while still retaining the red in there for the next round. 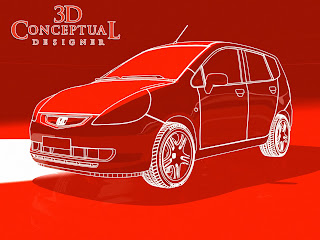 I went fully white for the lines in this Ink-n-Paint look. Note the reflections on the ground as I used a FR_Raytrace Map in the 'toon' reflection channel. 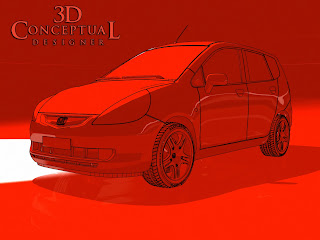 A version with thinner black outlines for the last one. 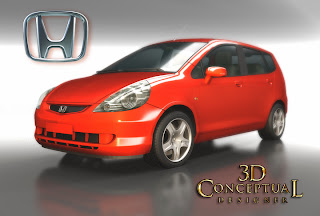 A small render test more realistic but styilized none the less.
I learned better car lighting right after this stage of the project and can be seen here. 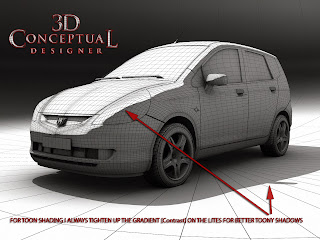 The basic set up with the geometry from the Camera view. Harder shadows work best for toonz'.[IMAO] 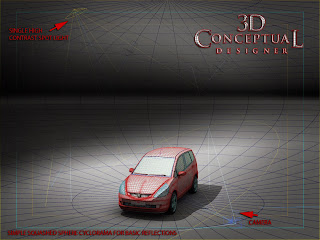 A Screen shot overhead showing the base scene set-up.

In his fourth post for the work I did back at The Cimarron Group securing Honda as a client, today I have posted some shader experimentation work I did for the project to achieve a graphic 2D look using the 3D models.

During the project pitch I was asked to create these various looks for a Honda spot to pitch to the company and we went with a Graphic 2D look using 'Cartoon Shaders' in 3D to achieve this look. I had prior experience in 2D Animation, so I had a few things I addressed for the look including the line fill and shadow, as well as the the sketch styles.

These were eventually animated and cut into a few 30 and 15 second TV spots to sell them on the look. One big advantage is that the production time for this look is very reasonable in cost as the shader frames are one 50th the render time.

A fun shader project that though did not go to finish, I did gain valuable experience in setting up a 'toon' scene for production in a MGFX pipeline.