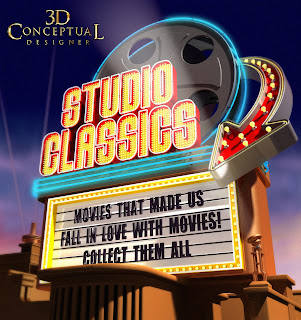 The final 3D Illustration that I delivered for FOX Studio Classics. 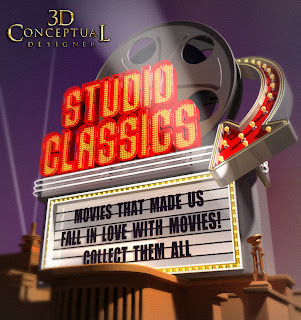 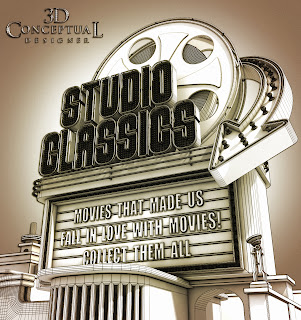 An ambient render of the final design set 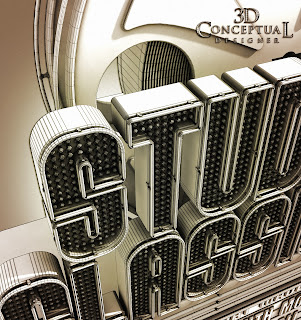 A close examination shows bulbs and bases for each lite in the main title. A neon edge wraps both front and back and is 'clipped' to the tin sign itself. 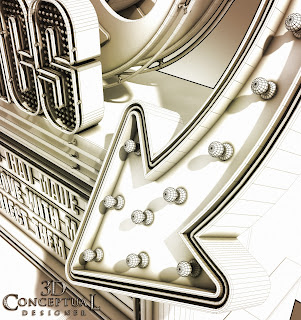 A close shot on the big Arrow shows the neon inset in the edge channel as well as some higher resolution vintage 'nipple' bulbs. 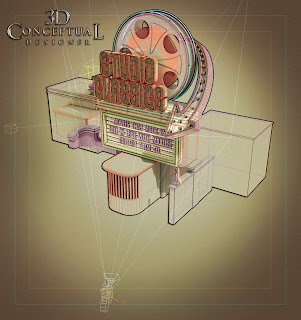 The 3/4 view in polygons as a screen-cap shows the extent of the build for this 3D Illustration work I did.


I was asked to help create a 3D illustration for a new Home Entertainment One-sheet promoting the Studio Classics from the FOX collection, as they were re-releasing a series of older movies on Blue-Ray Disc and wanted to promote the launch using the iconic FOX marque in the design.


This build only used a few base parts from the marque, along with the specific lights, and I built out a neon and bulb based marque topper with a big reel of old-school 35mm film as the main item sitting on the big cement base.

I delivered it with a brighter red neon and more tin and steel up top at first, but then we moved to the lighter yellow bulbs with some added cool blue neon around the film reel as well as around the base sign area. I also adjusted the colors over to the warmer cement colors from the existing logo.This finished out and I rendered it at 5000 pixels tall for the final 3D Illustration I delivered.

Cheers, THOM
Posted by 3Dconceptualdesigner at 9:20 AM