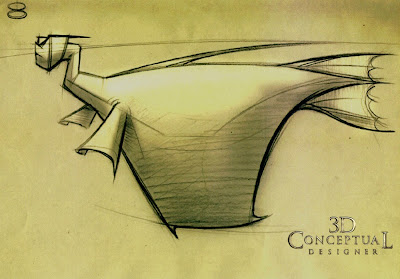 An early concept sketch with a giant belly fin and back stinger. 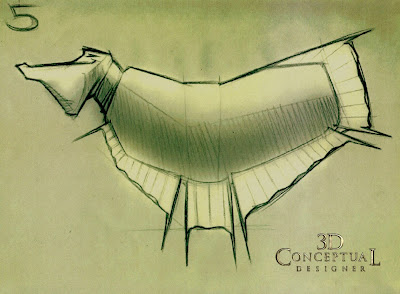 This concept had a balloon like body with a fluttering fin running all the way around the fish. 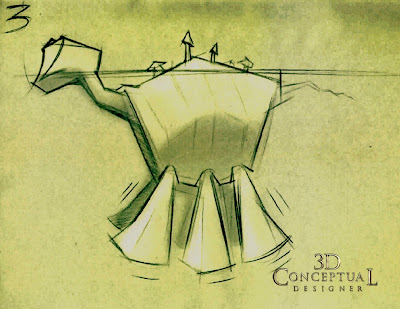 This concept was a turtle like creature with "Schrooms" on the back. 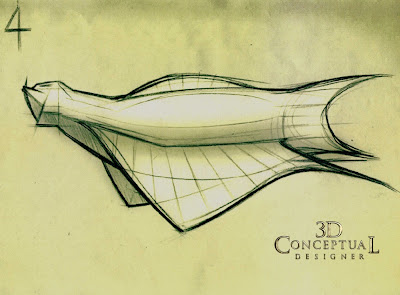 A stumpy fish with huge side fins and a small line dorsal on top. 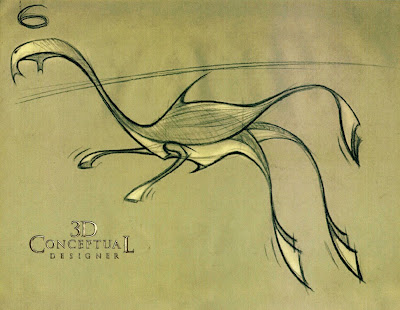 This cupped fin concept design was based off another design I did for another creature. 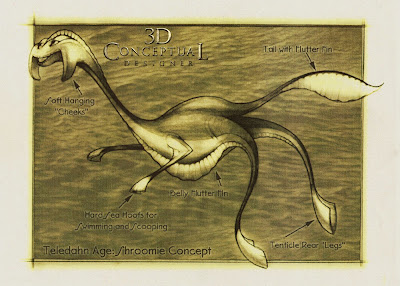 This is the refined version I presented of the cup finned creature with a new Manta head. 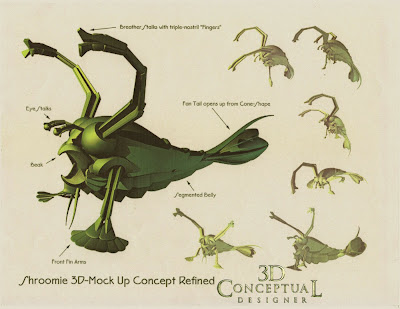 Once direction changed this is the 3D shrimp version I built.

Cyan Worlds URU: Part V
Client: Cyan Worlds Inc.
Direction: Rand Miller
Project Date: Winter 2000
In this fifth Post on the Production Design work I did in the Winter of 2000 up in Spokane WA for Cyan Worlds, the makers of the popular Myst Video Game, I have posted above the development of the "Schroomie" character I did for a world in URU, the online version of the Myst worlds.

What you will see are the quick proportional sketches that give the overall form of the creature. These are done with little details and mainly block out the "first-read" shapes you would see with the creature. Also, since this is a real time 3D world I consider that when I design, so the creatures can be made to fit the medium as you are limited in details that translate over to the limits of the game engine.

As with many projects you can get far into it and then you are told to change direction, this started out in a very open direction and eventually narrowed to a "Shrimp" like creature as you see in the 3D mock up I ended up with. A fun exploration in both 2D and 3D.

You can view PART II here

You can view PART III here.

You can view PART IV here.
Cheers, THOM
Posted by 3Dconceptualdesigner at 12:54 PM