A 3D version of the Sweeney Todd Logo over a sea of Blood. 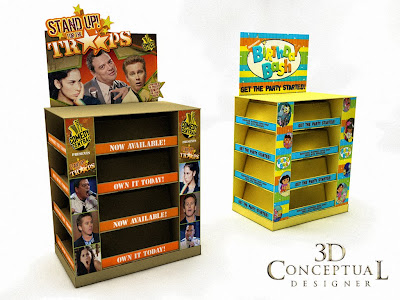 A few Mock-Ups of Standees for selling videos at Target. 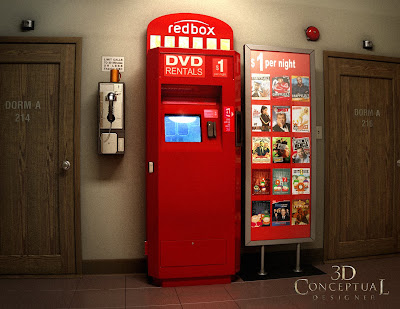 A REDBOX placed in a Dorm Hallway for Marketing to Students. 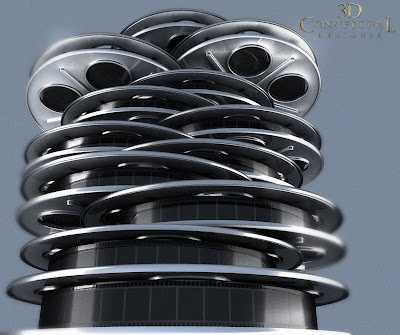 A stack of film Reels done for the Palm Springs Film Festival 2008. 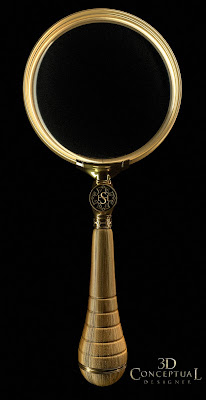 An Ornate Magnifying Glass with Initials done for Sherlock Holmes One Sheet Comps.

Some of the 3D Illustration and design jobs I would do on a weekly basis at The Cimarron Group, would be to build a single prop from a film or some other small task. Every job was something different so I was always challenged with a new product of manufactured part to create in 3D.
Cheers, THOM
Posted by 3Dconceptualdesigner at 11:39 AM