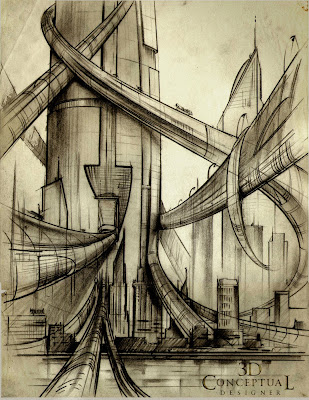 The design for the inside cover of the Promo Folder: Close-Up at base of Maximum Inc. 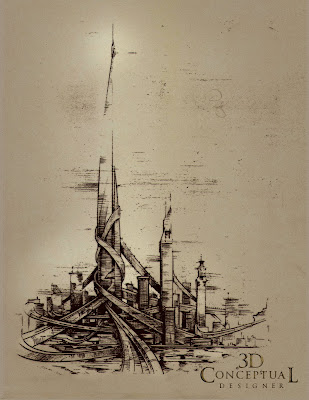 A More detailed sketch of the main city used in the packet. 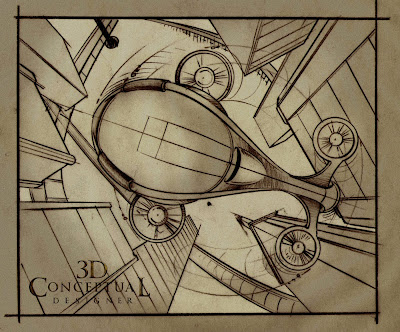 Max's Hyper-limo landing towards camera in the city: Used for a promo painting. 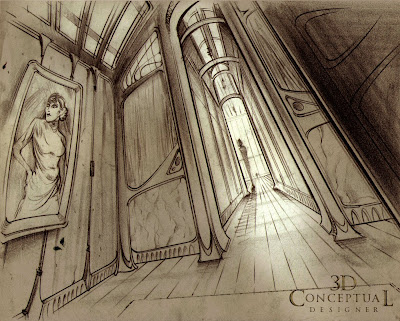 A Hallway in Maximum Inc: Used for Sagan Cruz Background in Promo Packet. 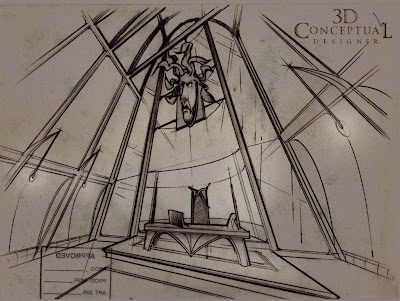 Rebbeccas Office with a huge Medusa sculpture hanging on the glass frame.

In the continuing series on the work I did as Art Director/Conceptual Designer for the Television Animated Series Phantom 2o4o, this is sixteenth part focused on the promotional packets we did early on in production to sell the show to networks.

Above are a few of the layouts for the design of the city both inside and out with the wrapping and interlocking themes taken from "vines" wrapping around the trees as a visual analogy that is seen in the freeways and walkways going from building to building.
Cheers, THOM
Posted by 3Dconceptualdesigner at 11:10 AM