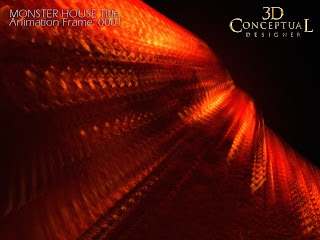 The final finished frame with 3D-Motion Blur of the Title Slam I made for Monster House for the Motion Graphics team @ The Cimarron Group back in 2005. 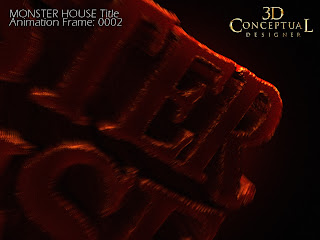 The second frame into the slam, the text has moved quickly into frame. 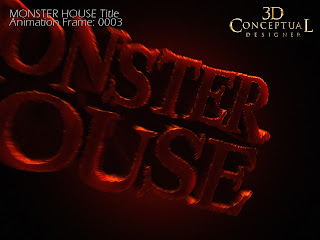 Frame 3 shows a slow down as the 3D Blur is lessened enough to read the type a bit better. 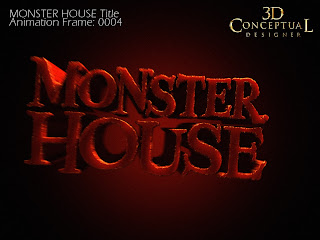 The final Pre-seat frame has minimal blur and the camera and lights are all animated to ensure legibility in the fast 6 frame slam. 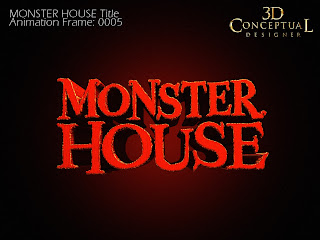 The final seated frame used in the Theatrical trailers. 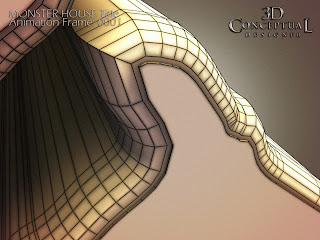 This ambient wireframepolygon render with the blur off shows the type fly in position. 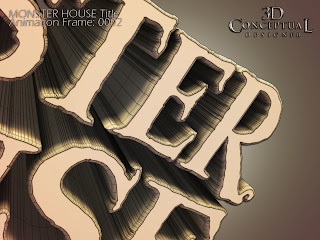 Frame two shows more of the total title as it swings down into camera. 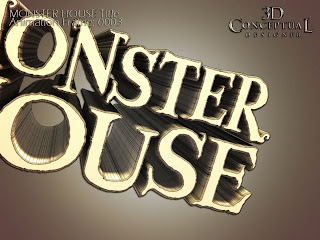 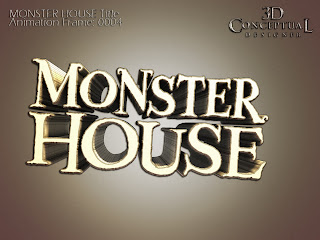 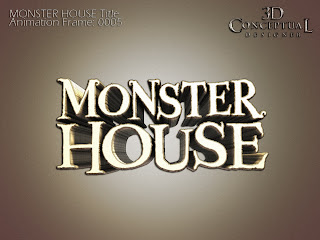 The final seated frame in wires for Monster House. 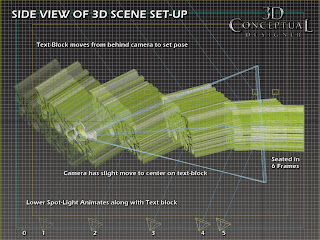 A Screen-Grab of multiple frames shows the move from the side showing the camera, lights and type-object are all animated.


This is my second posting covering the Motion Graphics work I performed for the Theatrical Trailers for the "Performance Cap" 3D Animated film, Monster House from back in 2005.

In my first post, I covered the time I got to do some conceptual work and experiment, but the Logo itself was design-locked outside Cimarron early on so the majority of what I was tasked with was to create a variety of looks based on the font they provided.

For this post, I cover the basic move on the title and the look achieved. I used 3D Motion Blur as well as some procedurals and ambient lighting to get the glow look to the type-object to match the posters that were locked before we were on the trailers.

Finals were rendered out in 3K, and delivered to the Motion Graphics team for finishing as RAW 3D Frames as seen above [w/o post FX]

You can review PART I with the various looks here.