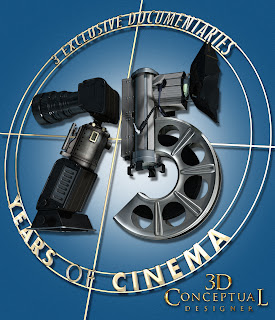 The Final 3D Illustration that I built, lit, and textured to provide this render to Menagerie Creative on the FOX Home Entertainment Project almost three years back now. 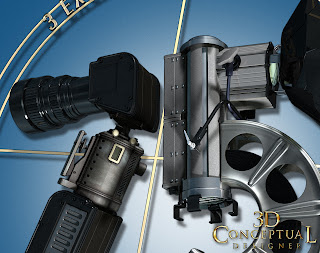 A close up showing the level of detail I added to the Camera and Light parts I built out in the scene. 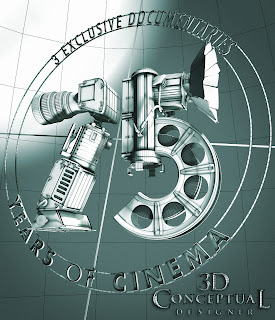 Here is the Polygon-View of the scene. This is not a subdivision model since I had a faster deadline, and this is where having multiple modeling systems helps as I can offer a a few options. 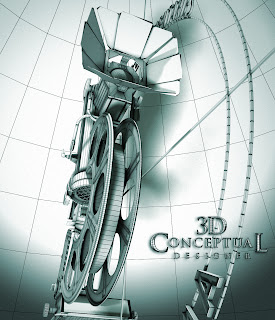 The directional hood parts as seen form the side in this detail render. 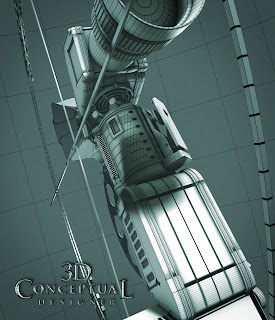 The number "7" used an old projector and multiple camera parts that are more contemporary. 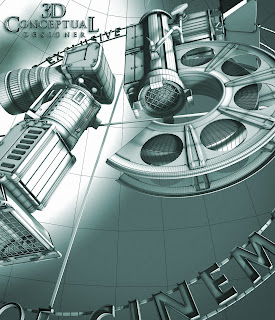 A Worms-Eye view looking up the model showing the rivets, screws and various plates and parts that went into this 3D Illustration I did.

Today I have posted a detailed 3D Illustration I did for Menagerie Creative in the Summer of 2010 for a FOX branded 75 Years in Cinema Key Art Title.

I was given a 'Frankenstein" comp done up with photos to get an idea of what type of film equipment Cheryl wanted to use to create the big number 75, so I began construction of all the little parts that make up these props.

I built out all the virtual stage lights and camera parts and assembled the full 3D model. I then added in the lighting and textures and did a small Pre-Render to send off for approvals.

After a slight adjustment to the parts, and one more comp round, I did go to a final for the title and delivered it at full resolution.

This is where 3D shines, because if you did this with Photography the cost would at least double in time and money, and 3D virtual stages like this are always 'Live" since we never 'strike' the set , and therefore we can re-visit the scene years later.