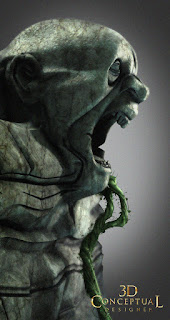 Here is the side render of the rock head sculpt with the beanstalk from my first post here. 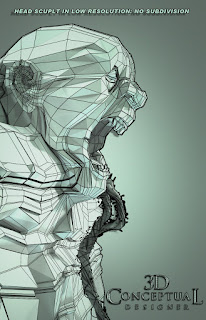 A low poly base render of the head sculpt I built for Jack the Giant Slayers Key Art. 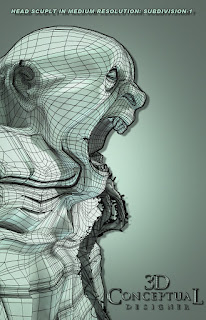 For long shots I used only one level of subdivision as seen above. 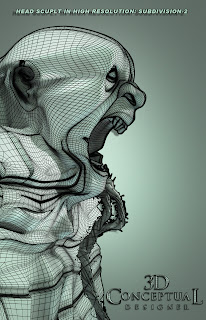 For closer shots here you see the geometry subdivided at a higher level of 2 rounding and softening the shapes up. 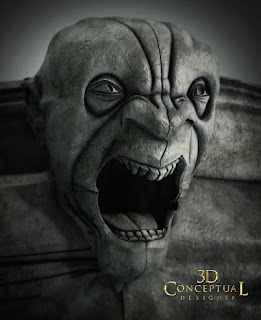 A 3/4 front view on the stone sculpt from Jack the Giant Slayer Key Art production. 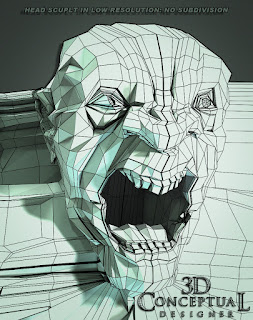 The Low resolution base mesh as built before subdividing. 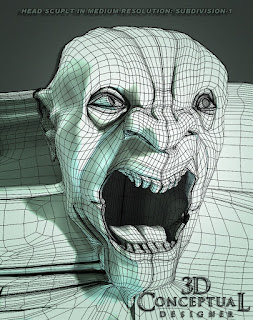 Here is the mesh subdivided at a low level. 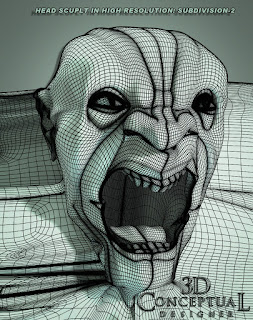 Here I show the base mesh with subdivision on with two levels.


I had the pleasure of working on the recent Key Art Movie Posters for the new film, Jack the Giant Slayer, and today in my PART II posting in the series, I will cover the head sculpt that I did that was used in the final artwork here.

Building out any face is a good amount of work, especially in the fast paced world of print advertising, since you will only get a day or less as the typical deadline is that same day, so you gotta work real fast.

The head sculpt was to be comped into some existing terrain shots they had, as they needed the head at a variety of angles for some waterfall mouths, and this is where building it in 3D shines, since you build once, and render twice[ or multiple times], rather than paint out for each view which is a time consuming process to matte paint these out each individually.

This project spanned three years of work, and a few versions of 3DS-max[ 2010, 2013] so I had to re-link and revise these files in production as well on this model too, but all part of production.

A fun project, and I may have a post or two more on it in the future.