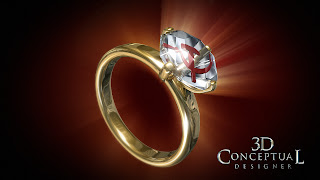 A Ring representing the Russian Martial Artist in the Film as a "Murdered Ex". 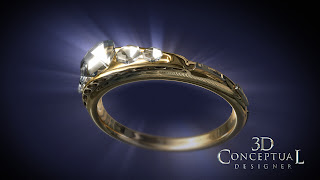 Ralph the Plumbers wedding band has a wrench theme around the band. 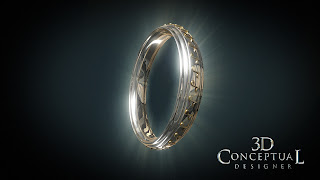 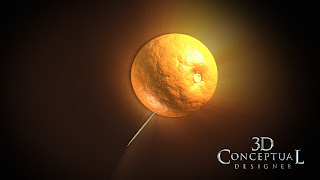 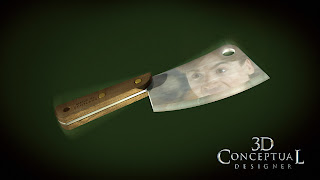 We explored the Butcher Theme and here I reflected footage of Mike Myers in the blade. 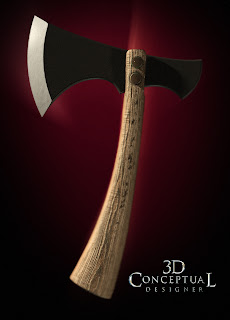 The Axe used to attempt to Kill Mike Myers character Charlie with from the film. 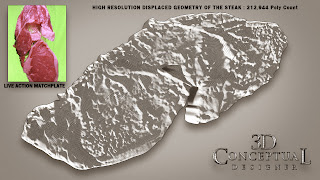 A 3D Steak from the Butcher Shop built for the fly in as the slide down the glass was a HD live action plate. 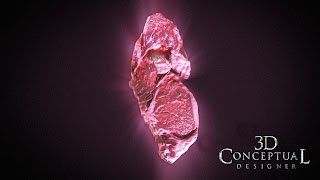 
As a follow up to Fridays post for the 3D animation and 3D design work that I did for the 3D animated Menus for Blue-Ray and DVD release of So I Married an Axe Murder, I post today a group of little props that I designed built and aniamted for the HD menus being made for the 15th Aniversary re-release of thsi great film.

If you are familiar with the film you will understand all the references including "Heed", an Orange on a Toothpick. I had WAY TOO MUCH FUN on this one, a great team to work with and a great subject matter to boot.

Posted by 3Dconceptualdesigner at 1:29 PM