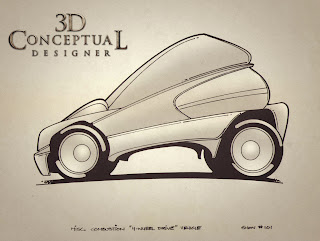 This was from show 101[ One], and one of my first sketches inked as a final by me that I did for the series. I have a color key of this Vehicle Conceptual Design here. 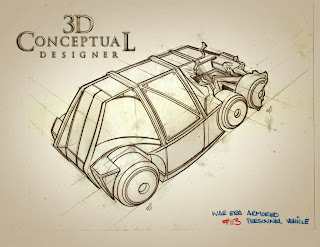 Graft became the way he is during an earlier war in the Series back in 2010, this is from a flashback sequence, a boxy designed military vehicle. 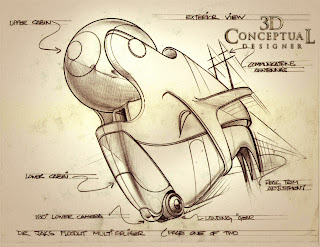 Dr JAK's Multicruiser, the first pass design I did. You can see the cutaway inside view here. 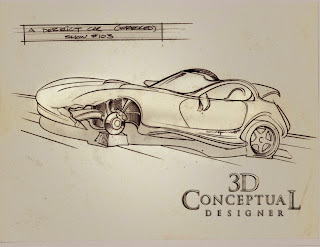 In this, my 78th post on Hearst Animation Productions, The Phantom 2040, a television animated show from 1990's, I have posted a few additional vehile designs I did for the 52 episodes, for when it was broadcast back on ABC.

As a graduate of Art Center Collage of Design from the Transportation Design Programe, so anything that move or flys no less is "The Sauce" TM.
I always have fun designing a vehicle then trashing it too as you see above I had a few that were only seen wrecked so I got to have the Cars "guts" all hanging out f with some VFX noted in the boards.
I also have up an early sketch of Dr. JAK's flying Multi-Cruiser from the outside[ V.O by Mark Hamill ], I just found. I posted a cut-Away a while back of this same vehicle you can see here if you are so inclined. Enjoy the post.
As a side, if you are a FAN of The Phantom 2040, and on FACEBOOK, there is a group dedicated to the show here.