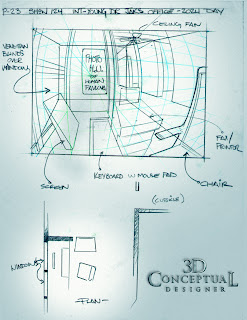 For a flashback sequence I did a BG-Layout GRID for a young Dr. JAK. 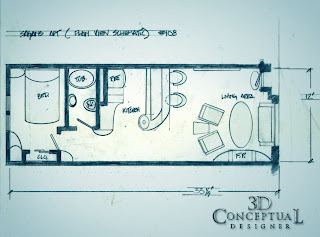 I did a PLAN-VIEW for the design of the apartment for Enforcer Sagan Cruz. 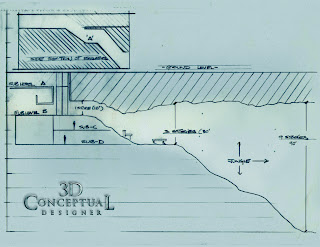 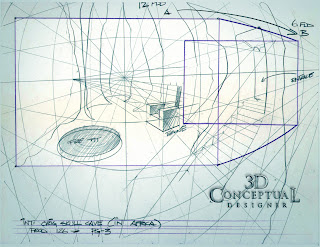 A 3/4 Perspective shot showing the scale and placement of the Phantoms Throne.

This will be my 79th post on my Art Direction, and Conceptual Designer roles on the Television show, The Phantom 2040, an animated kids series from the mid 1990's, I have posted a few of the "helper" sketches I needed to do for the background layouts being done for the show.


As an Art Director, you must be able to take the staff you have, and work with what you get, NOT what you WISH you had. This is a very important distinction.

Productions all have limitations of some sort, with Time, Cash Budget's, Staffing, etc. The Phantom was no different. I had a very experienced background artist who did not know perspective, so it was faked badly. This artist was very good at natural work, like trees and vines so for the most part they were in charge of all jungle shots, but along with no understanding of real perspective, they would not take Art Direction, so I basically had to build these little grids with perspective and the main items placed in the scene.

At first I just gave a xerox of the shot "hoping' they would follow, but I ended up xeoroxing the file to full sized 18" x 24" in some cases for a 24 filed sketch and made them draw over it via a velum overlay, and it was like pulling teeth. Sadly I still fixed half of what was done, but these little sketches became a common quick reference I provided for the rest of the team as well.

As a side, if you are a FAN of The Phantom 2040, and on FACEBOOK, there is a group dedicated to the show here.