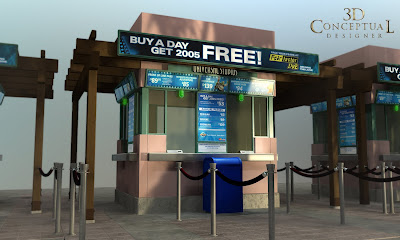 A single menu with "submarine" lights on the queue. 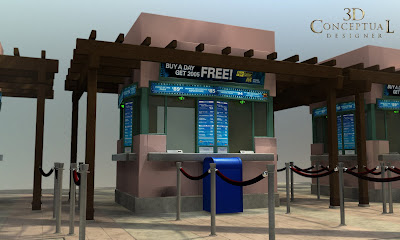 A double menu with "submarine" lights on the queue. 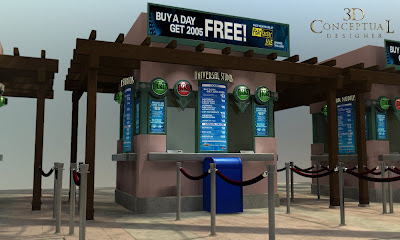 While I worked in-house at The Cimarron Group I did a good portion of work for Universal Studios through the Corporate Division. We regularly did graphics, but on this pass as I was an ex-Imagineer, I suggested a bit of booth work as well and so we were able to throw the graphics on a virtual model of the existing booths, but I also was able to design some queue design as well with the arrows and lights. FUN!

Cheers, THOM
Posted by 3Dconceptualdesigner at 10:21 AM