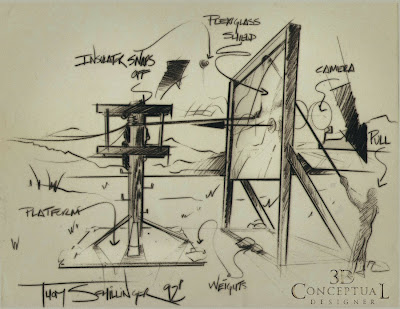 A Pole insulator flies to camera. 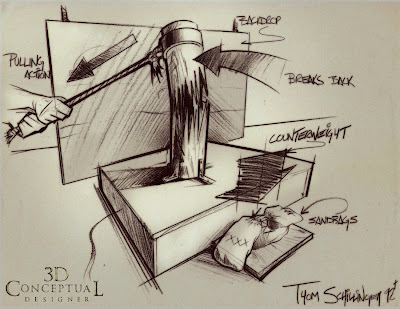 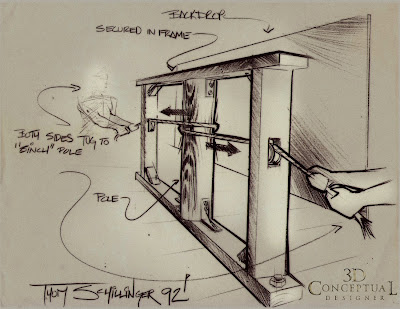 A wire compressing the wood in a pole. 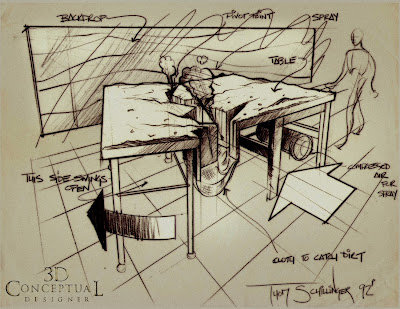 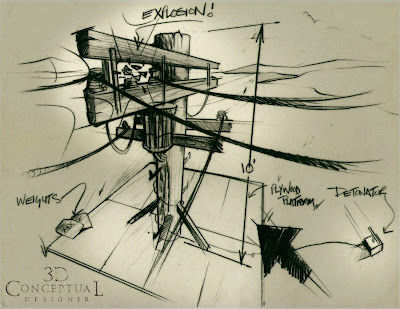 Back in 1992 I was doing quite a bit of set design work for Design Setters out of Burbank CA., and I was put on a quick half day project to design some simple effects for a new television spot. Now an effect like this would more than likely be done fully as a CGI sequence, but this was 92' and a practical miniature was what was in the budget. The concept was showing telephone poles being pulled out squeezed and exploding. I don't remember the concept, just they needed to have these specific shots seen in the storyboard. The sketches were sent to various Sub-Contractors to bid the effects as a way of explaining what they needed to do.
Cheers, THOM
Posted by 3Dconceptualdesigner at 10:02 AM