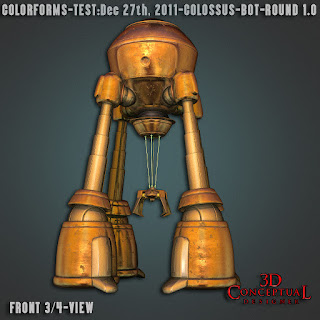 A Color Pass test on the Round one Colossus Bot [ Robot ] 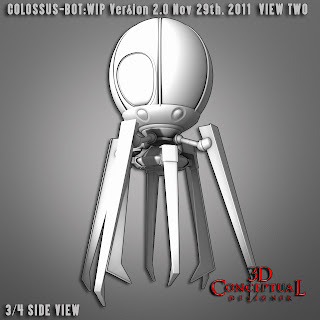 Round two Colossus Robot. This was to be on the far backround on the matte painted wall for the Themed Attraction. 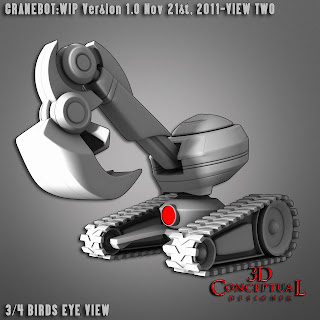 The Crane Bot was excavating the the foreground and would be place up front to the guests. 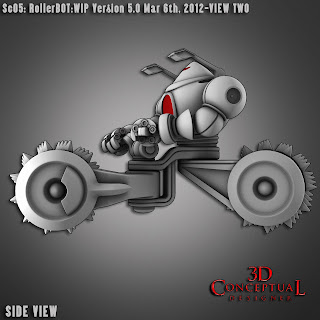 I loved the Roller Bots. The torso on wheels so-to-speak. 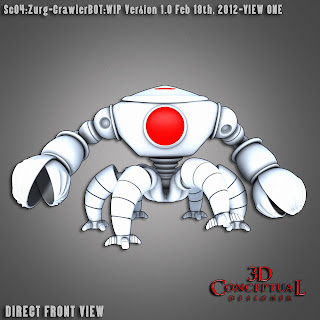 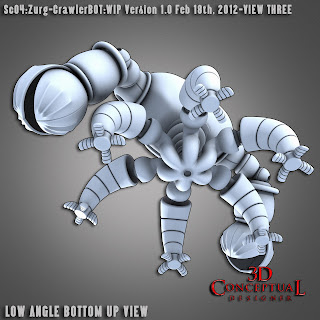 Crawler Robot from the underside has a bode section based on a spider. 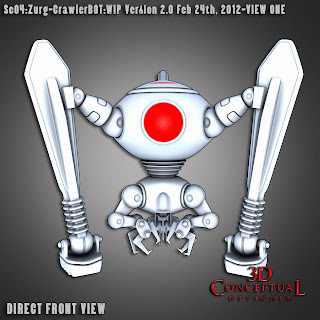 Crawler bot in a smoothed Subdivided render to show the full surface. 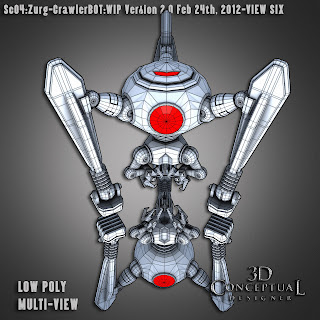 The above Crawler Zorg Bot in low poly base mesh[ quads ]. I mirrored the bot to show two views per render for each design presentation. 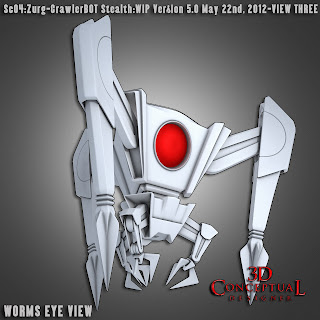 The Round Two Stealth version of the Crawler bot. This one made it into the attraction. 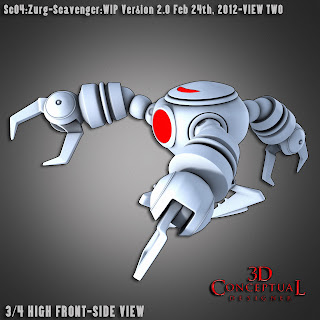 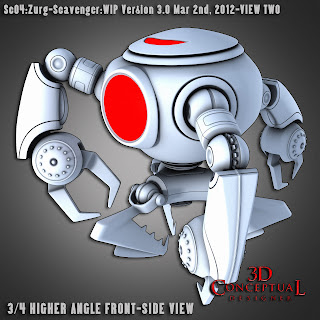 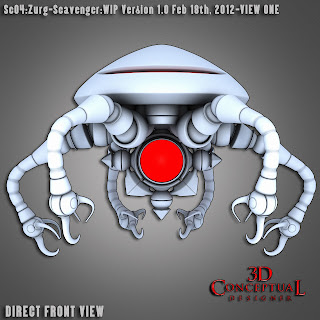 A much earlier version of the Scavenger bot incorporated a target that could fly off the robot. 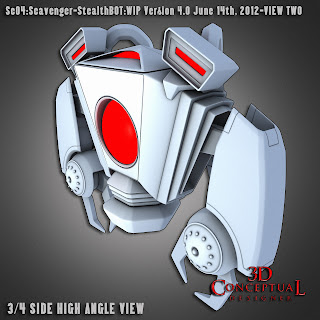 The final Scavenger Robot with the Stealth look developed by Scot Drake. 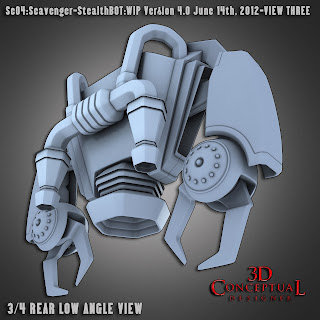 A back view of the Bot with the built in Jet-Pack. 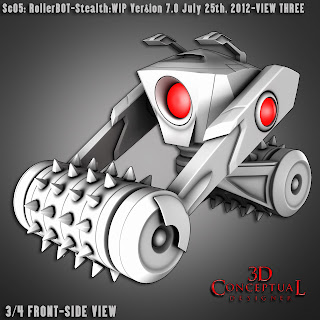 Back to my favorite Robot, the Roller Bot is stealth design now. This made it into the Theme Park Attraction in China as well.

Today I am posting my second part for the 3D Visual Development work I did at Walt Disney Imagineering back in 2011 for the Shanghai China theme park attraction, "Buzz Lightyear Planet Rescue", based upon the Pixar Toy Story property.[ PART One]

I was brought to assist the Design Team in 3D development of the 3D Robots and 3D Characters for the attraction that they were developing a look. Scot Drake was the Creative Director, with the Chief Show Designer Christopher Lee.


Today is PART II I have posted many additional robots I created for the Planet Zorg. Some are the first round to match the look of the Bots in the first Toy Story film,and some are the 'Stealth' second round with an updated sharp edge look to bring the designs into a modern context.

To View PART I: Here is the Link.

If you need 3D Character Visual Development / Conceptual designs, or a 3D Models built of your design, do not hesitate to contact me for a bid. Available for Freelance and for Full-Time work.

Cheers, THOM
Posted by 3Dconceptualdesigner at 9:59 AM