PLAN VIEW of The Phantoms S.O.F.T Jet inn all Modes. 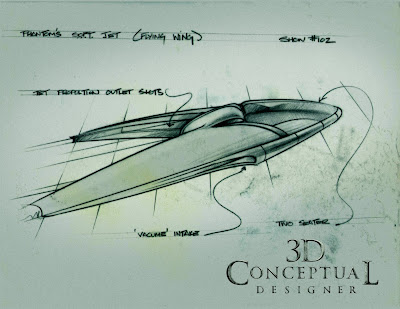 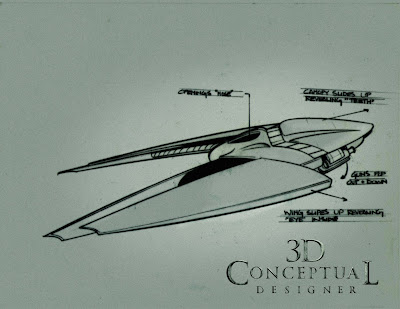 The Jet in Battle Mode opened up reveling the skull. 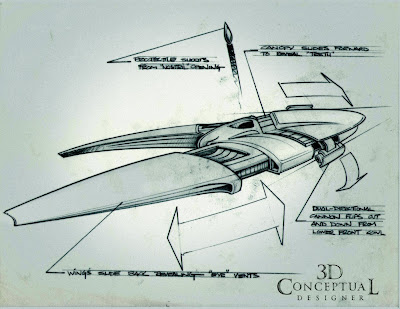 In the continuing series on the Conceptual Designs that I did while working as the Art Director at Hearst, was this fun Flying Wing for the Phantom. As a Transportation Major any vehicle is fun, but a flying wing that transforms is REALLY FUN! I made sure the hidden skull log that The Phantom uses was iconic in the design of the SOFT Jet. It had multiple modes from battle to full attack and the plane would transform from a civilian look to the skull looks as needed to fight crime.
Cheers, THOM
Posted by 3Dconceptualdesigner at 11:33 AM