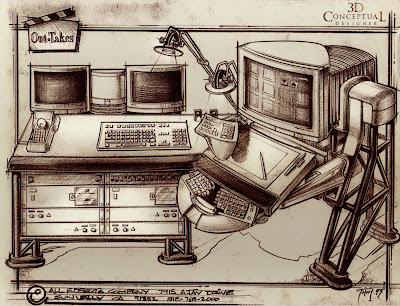 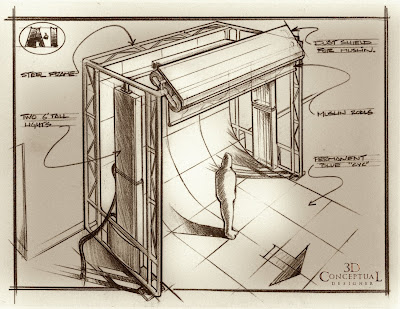 Final Design for the Blue-Screen Frame. 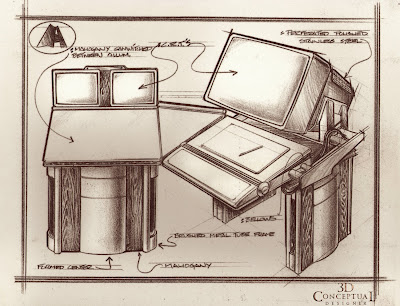 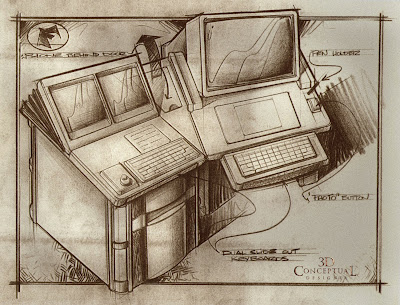 A second luxury version with articulated monitors that adjust. 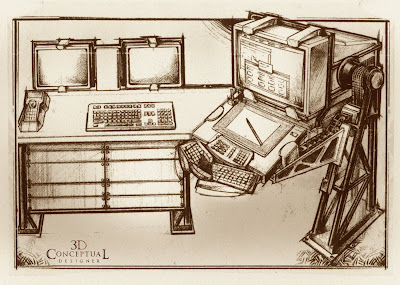 A version very close to what finished.

Before I was working full-time in 2D television animation I had a one month gig to work out at Eric Allard's All Effects in the Valley on the Out-Takes project.

Out-Takes was a blue screen photography studio at Universal's City Walk Outdoor Mall in California, where you can be put into a scene from a film in a photoshoot. I was commissioned to design the main interface table that used 3 monitors[ BIg tube type] as this was 1992. I also designed the main support for the blue scree backdrop as well.

I did about 45 different versions of the table before one was picked and manufactured in house at All Effects. As a 3D History note, one of the fabricators hooked me up with Ray Dream Designer for the Mac as my first 3D program I owned.
Cheers, THOM

P.S. Post Title Links to site for All Effects and Eric Allard: http://www.allfx.com/
Posted by 3Dconceptualdesigner at 10:39 AM