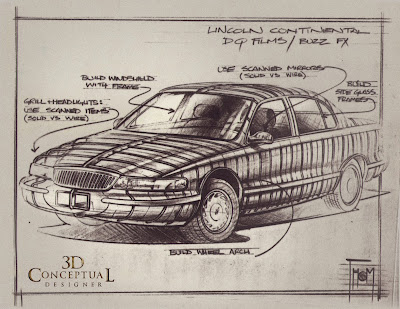 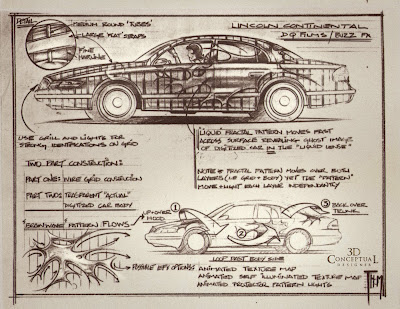 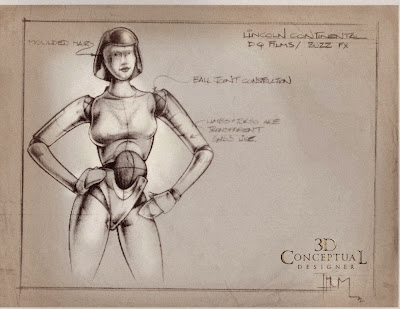 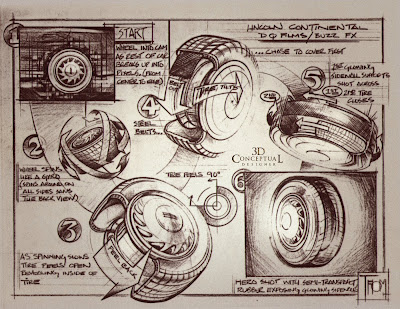 After leaving ZEN Entertainment in Santa Monica, I went back to freelancing for a while. In the past I had done work from Design Setter in Burbank, and Dreamquest Images in Simi Valley that was absorbed by Disney and they spun off a Design firm in Santa Monica called DQ Films, and I did some Visual Effects [ VFX] design work for a car commercial.

I was tasked with designing an elegant "wireframe" or body grid, as well as create ways to show of some features of the spot. Also as this was mostly a CGI spot, I designed out the female Crash Test Dummy hostess as well.
Cheers, THOM
Posted by 3Dconceptualdesigner at 10:16 AM