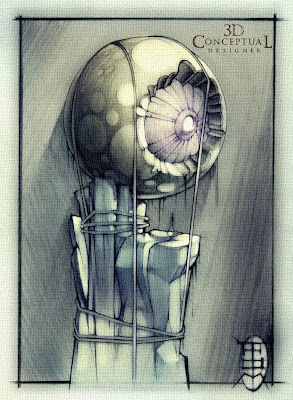 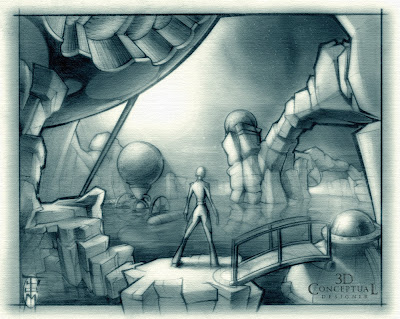 Entry 3rd Person view as one enters the "Venalem" Age. 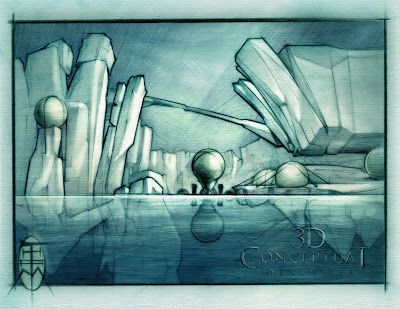 Surface of water P.O.V. of Bay. 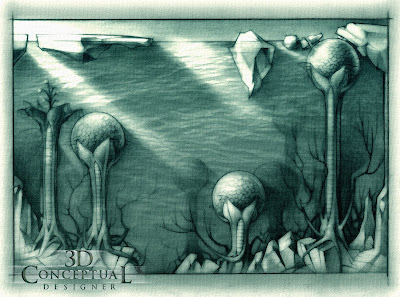 Ink Pods growing under the Ice. 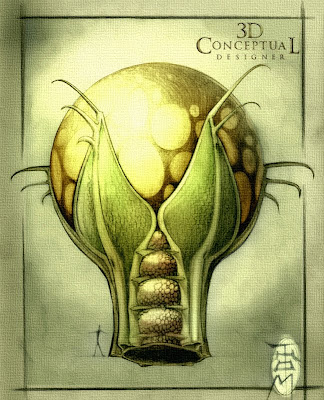 A cut-Off Bulb for Harvesting. 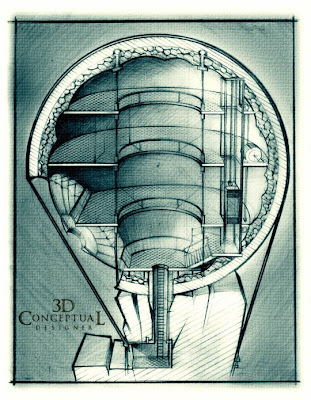 A Cutaway of inside a "Ink-Bulb" showing use of space. 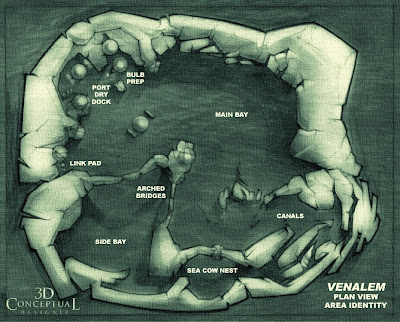 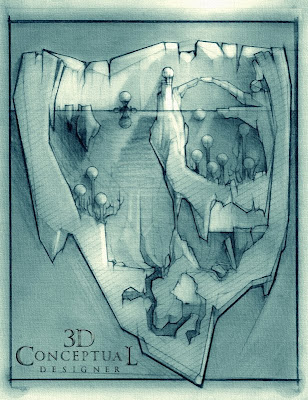 After being laid-off from Launch Media Inc. after the "Dot.Com" boom in Y2K, I was recruited to go up to beautiful Spokane WA. and work for Rand Miller at Cyan Worlds. I have a previous post with some creatures I designed as well if you seach "Project Review" tagged to the right>>>.

At Cyan as a freelance Creative Director, I was responsible for coming up with worlds from scratch as possible locations to "jump" to from within the URU online game. Usually I am handed a treatment or outline of a concept already created by a writer or producer, but at Cyan I designed the entire world myself.

Venalem as a concept was in offering a wide variety of locations to "jump" to, and we had dessert planets, planets on fire, and flooded ones. Venalem was a frozen planet where you arrive in an enclosed iceberg "bay" and must figure out what to to and where to go.

Within this world, natural giant "Pods" were used to create the special "ink" that was used to write in the books for the various worlds. The age had the pods themselves, the harvesting machines, and ink production, as well as the re-use of the hollow pods for arctic living quarters.

I was responsible for the creatures and basic back story of the "Age" or world.