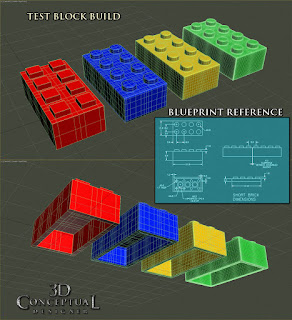 I did a test of a single Lego block to deliver to the new client to show how I was approaching the Quad Sub-D build. 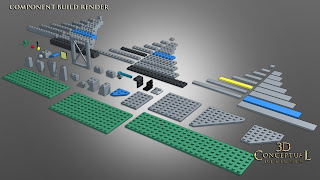 Here is the block build out stage with 90% of the various pieces for this virtual Lego buildout. 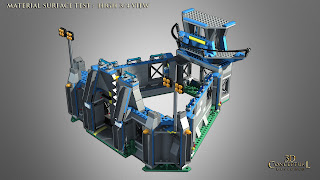 An overhead 3/4 shows the built out Lego set with placeholder materials. At export the blocks will come over with a placeholder Material ID so the export can be blocked in fast on the client side. 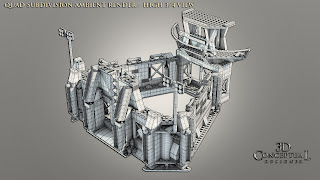 Here is the Subdivided render with one level of subdivision added for the long shots. 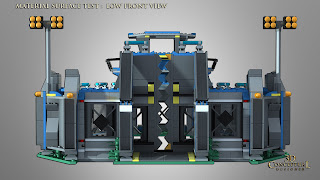 The front gate at a low camera angle of this Jurassic World Lego set build. 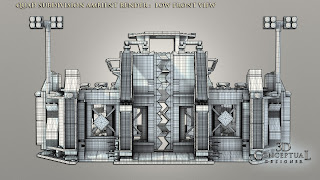 The Ambient Occlusion Sub-D quad render of the file shows the build. 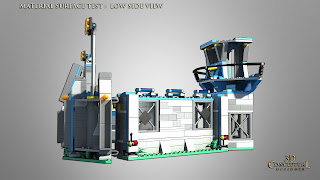 A Side view render testing the surface for any flaws. 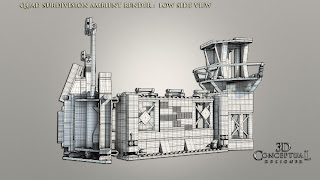 The Poly render. If you look closely I built the walls with some gaps a a real build would have, not CG perfect. 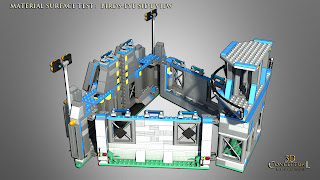 AN overhead Birds-Eye view looking inside the set. 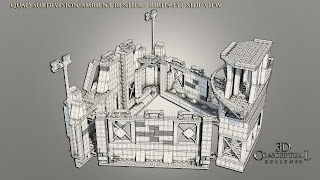 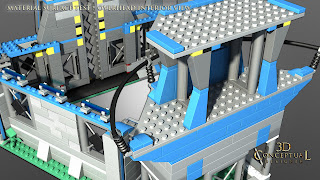 A close view of the back tower area from a high andlge as well for this themed Lego set. 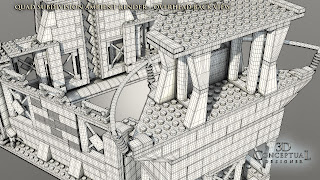 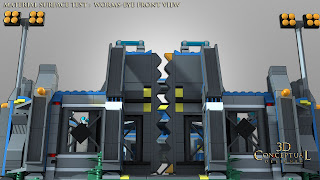 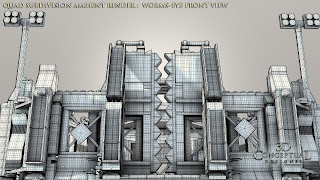 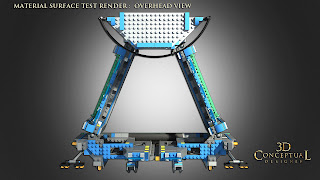 A top down look at the set built out. 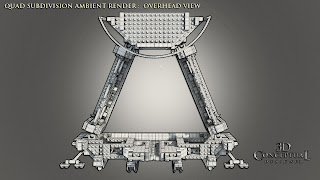 The Quad Sub-D rendered out showing the build form the top. 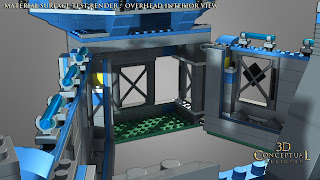 A view from the back tower platform looking out thru the front gate for this Jurassic World Lego set. 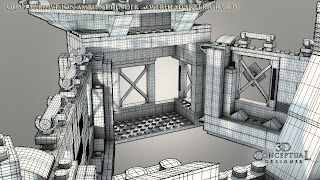 Here is a final Ambient 3D render of the Lego set build for 3D Animation for the Lego Corporate offices.

Back this Summer, I was contacted to build out a Lego set for an upcoming themed set that ties in with the release of Jurassic World  from a new client creativeXs.

This 3D Modeling gig was for an in-house promotion video, so I had a limited budget to work with so the complete set was not built. I built out the main Dino-Pen system w/o any figures, or vehicles.

We also discussed the small "lego' logo found on each pin for every lego and decided not to build them in due to cost, as well as production time as this would substantially increase the render time for this and that detail was net seen in the storyboards so we deleted it off the geometry build. It can be added via a bump or displacement map if needed as well.

I first did a test block as this was a new client to assure them what I would deliver. I then built out all the various parts. I did not have the set but had images form the client as well as found online to match. Once the individual blocks were made and I had a naming convention in place I proceeded to hand build the Lego set out.

I delivered the file as a OBJ, and a FBX export as they finish it out in C4D on a mac. I have regular clients I do the building for and export out, this is about 20% of my business.

A fun gig, to build out, then to play with these virtual Legos, so much fun.

Posted by 3Dconceptualdesigner at 3:53 PM