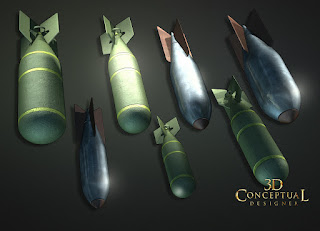 The reason for going 3D was to build out the virtual Bomb to replace the "I" in Brink. Here is a group shot of various ones rendered out for the client. 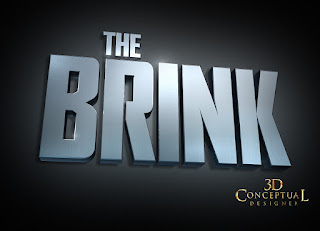 For each vector layout I did a set with all type first as shown above in this 3D-Logo. 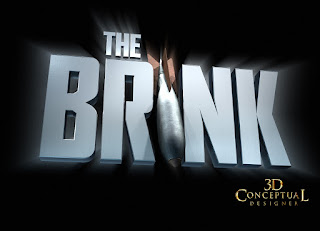 Here it is with the "I" replaced by the shiny virtual bomb design in the Logo. 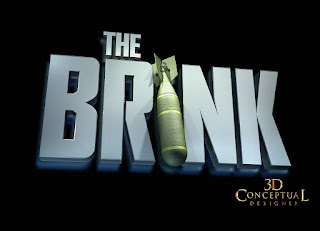 I also did an Iconic WWII Looking bomb in an Olive Drab texture map. 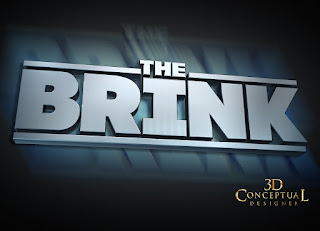 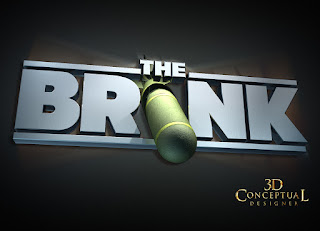 The Vintage Looking Bomb Icon is turned more to camera for a deeper 3D effect for a stereoscopic variant. 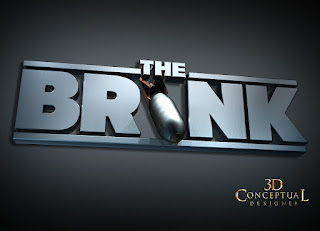 Here is that save type set-up with the other prop used, scaled done a bit from the prior one. 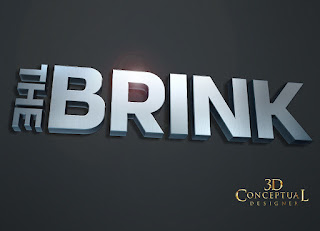 The final Design was rendered out at an angle w/o any props. 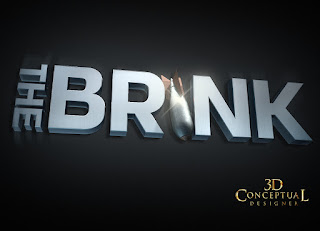 This last Type Layout in 3D with the smaller shiny bomb in the 3D Logo. 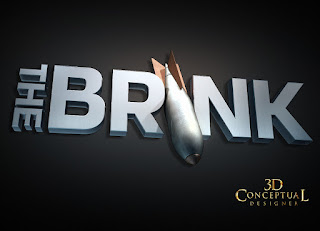 The dame layout withe the prop scaled up 150% in the 3D Logo. 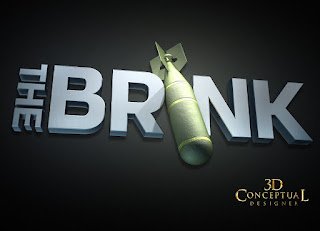 Back in April I was contacted, and given a quick turn around job for the new HBO series, The Brink. They wanted to explore some 3D Titles with a bomb prop incorporated into the Title, so they gave me scrap reference for the artwork, and off I went.

I was given a few vector files with the type laid out, and a general direction for a clean brushed aluminum look to the type like I've done for the X-Men films in the past, so I set it all up and began to build.

I Made a few 3D virtual bomb props for this HBO logo, to replace the "I" in BRINK. I did them with the prop scaled to various sizes and proportions. I then moved some and angled them to a variety of looks in the final rendered images.

3D is always a resourceful tool to use for any title, and the best for a real 3D Title, and such, as I can reuse the items at any angle possible to create alternates very fast without having to redraw at another angle for the alt.