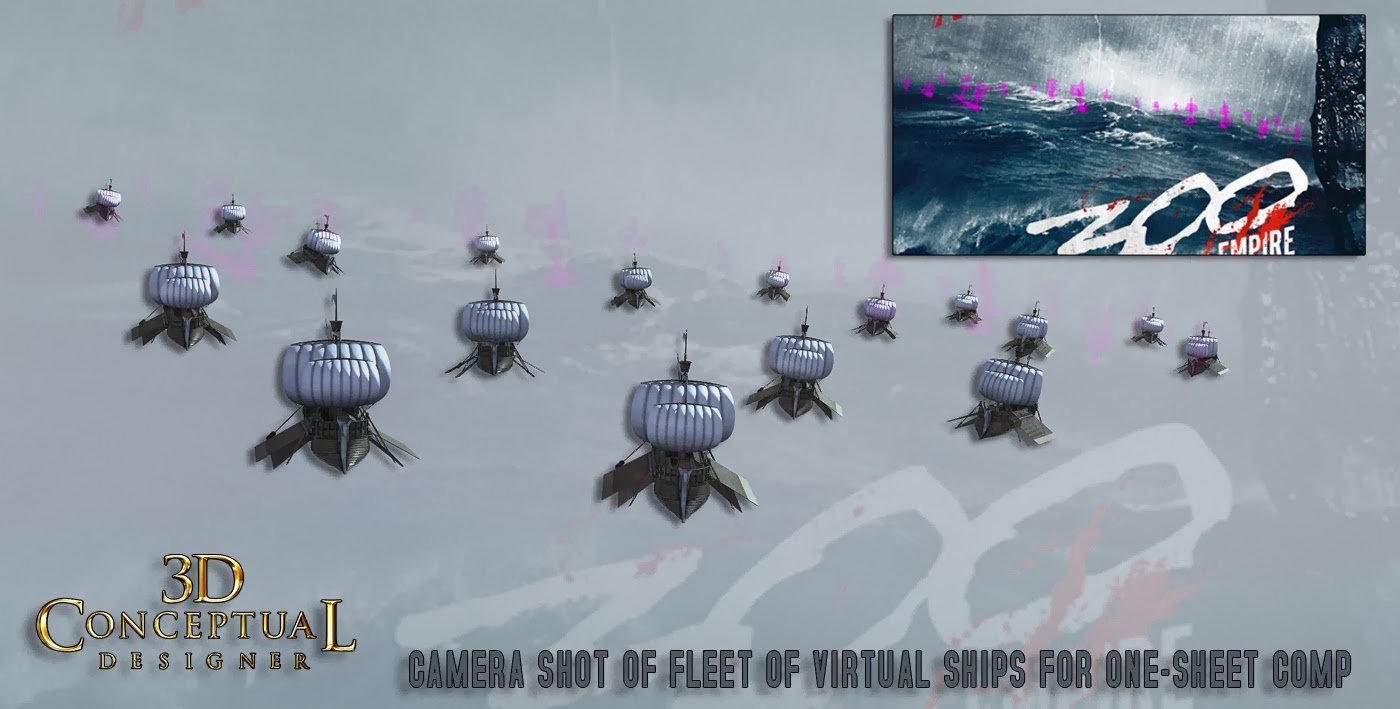 Here was the final render I supplied for the poster development back in 2012. 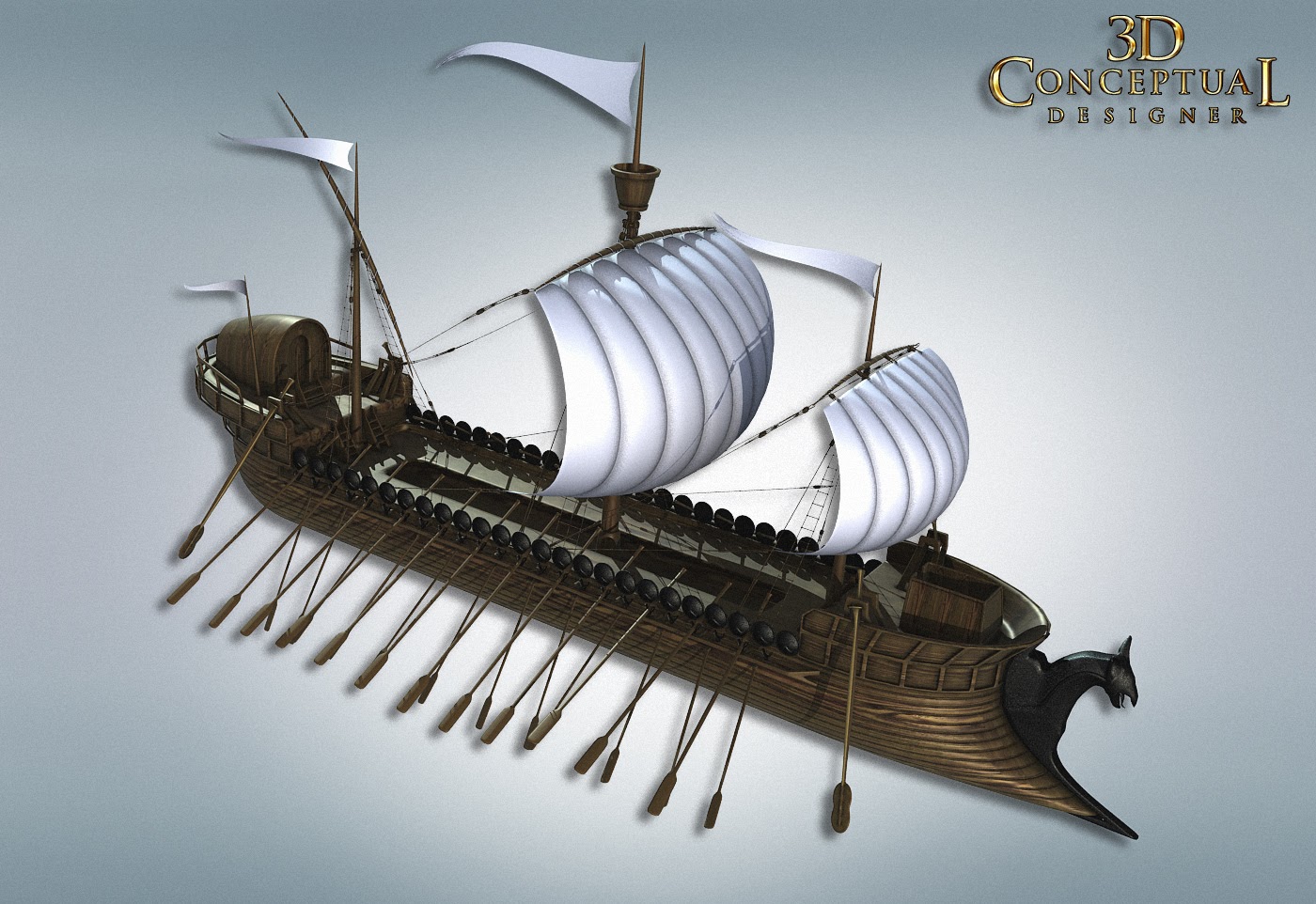 A close up shot of the medium resolution model i built for the comps. 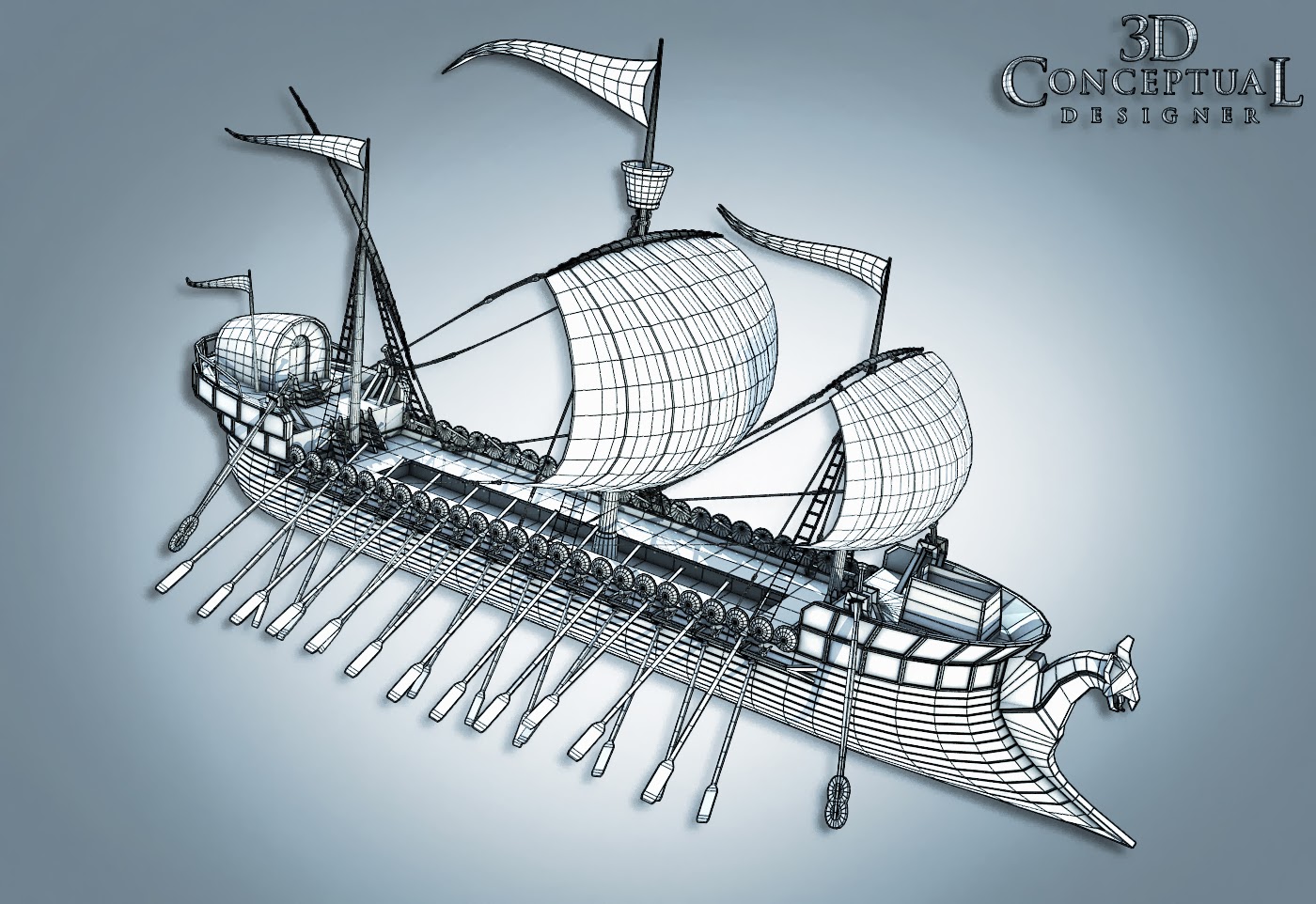 A shot of the base quad model with subdivision OFF. 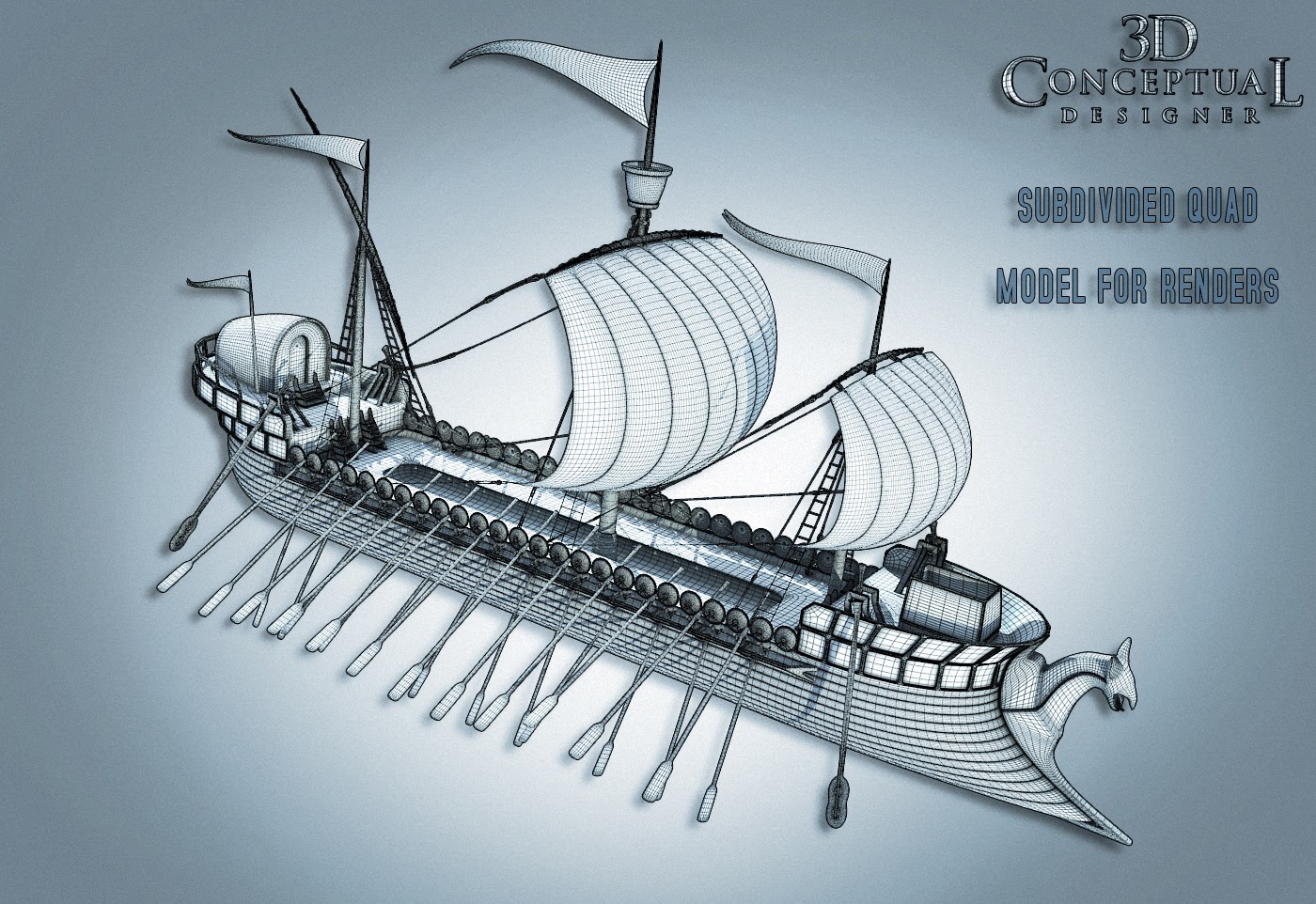 A Subdivided surface with it set at level 2 for the final shots. 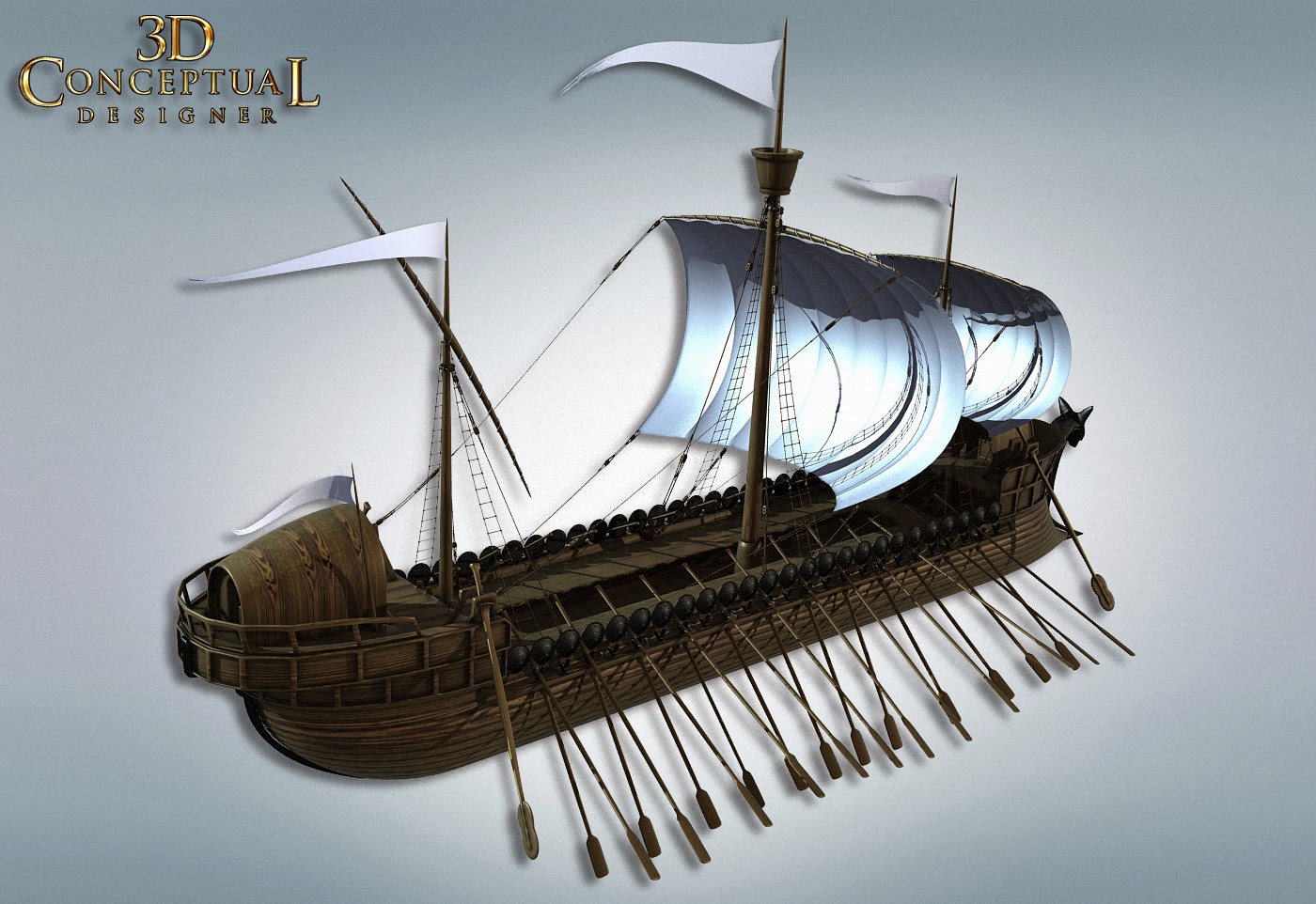 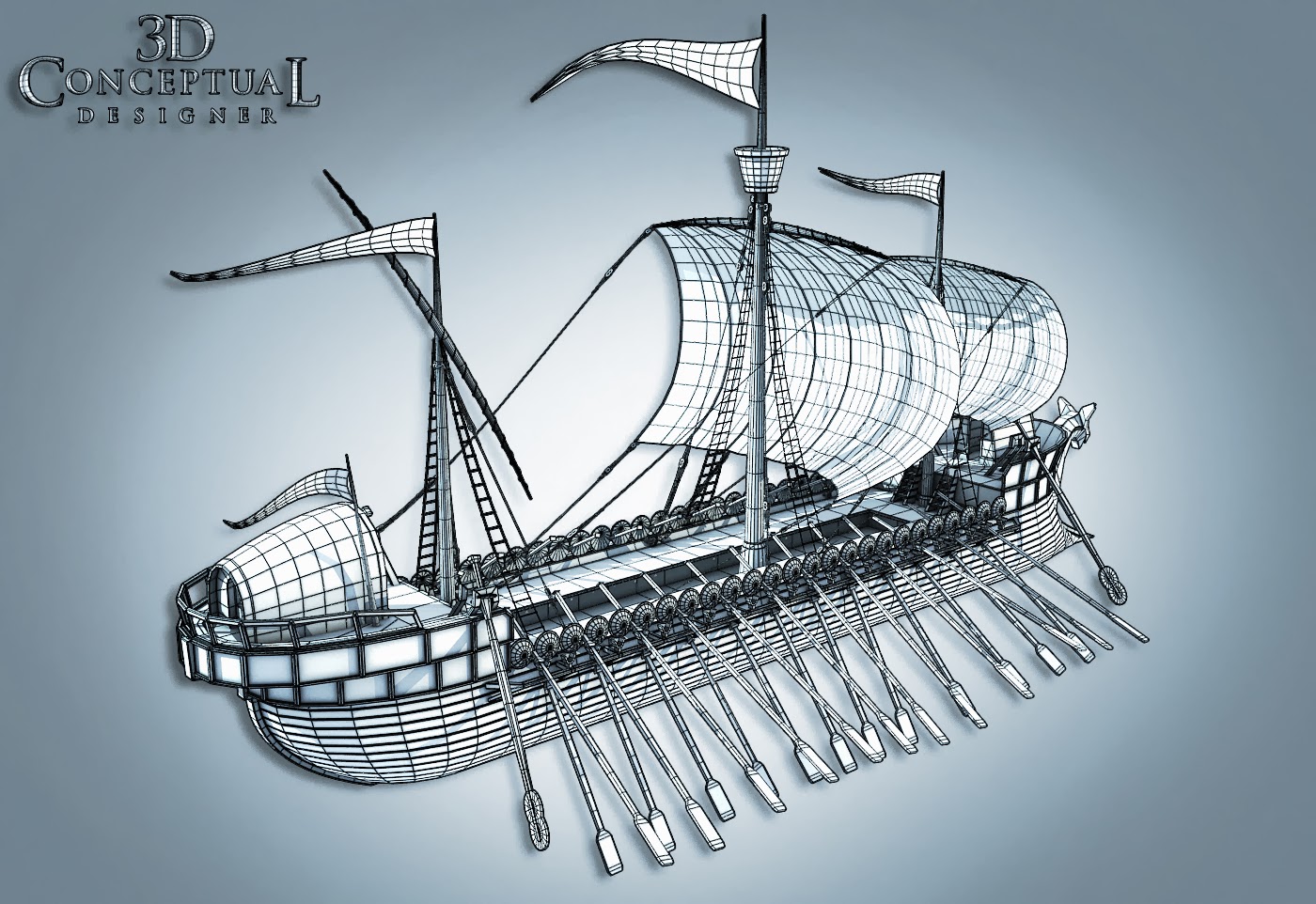 A Low Poly view of the ship w/o textures or subdivision so easy to mock up a fleet. 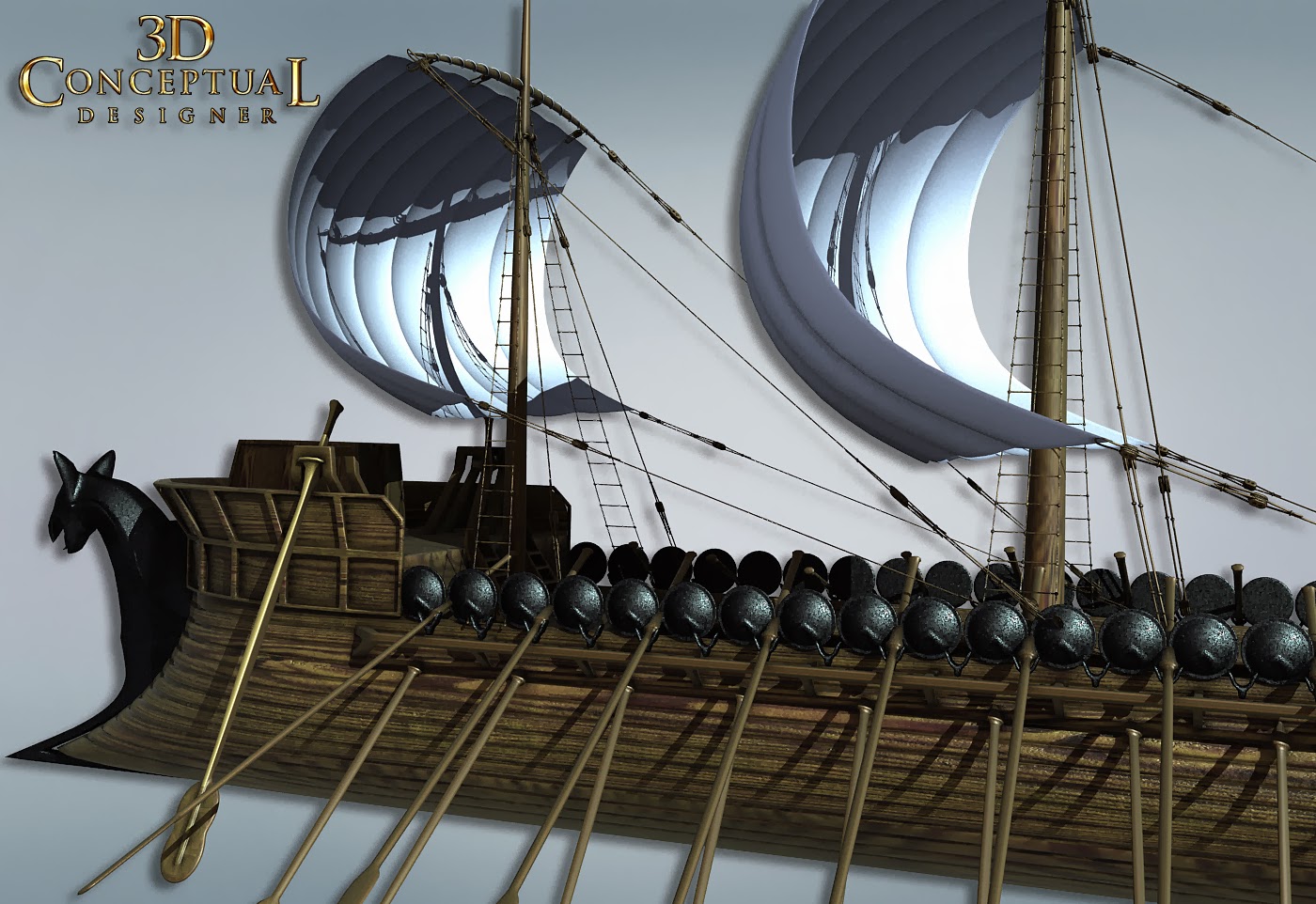 A close up shot of the side with shields attached above the side oars. 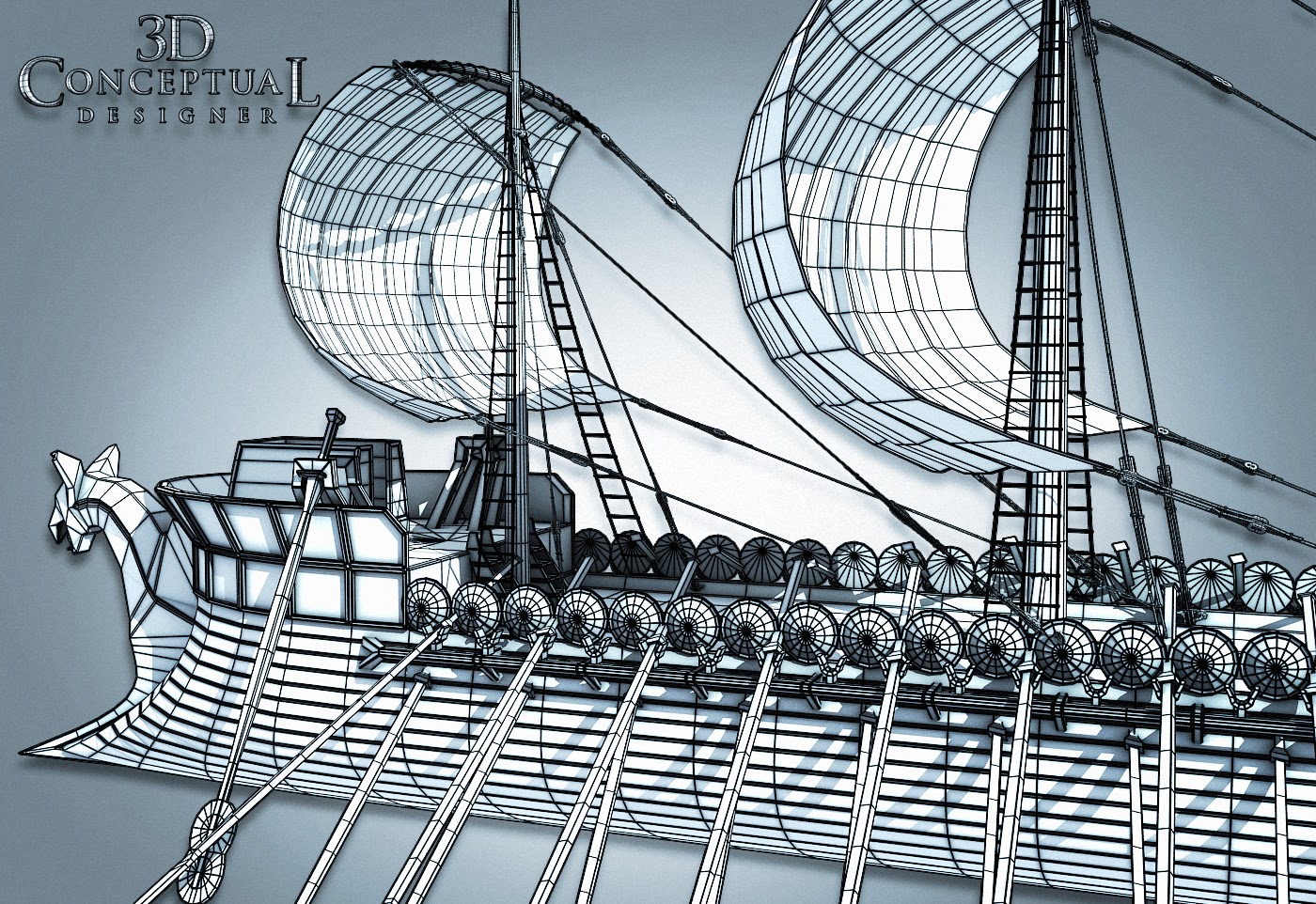 A Low Poly shot of the ship side. 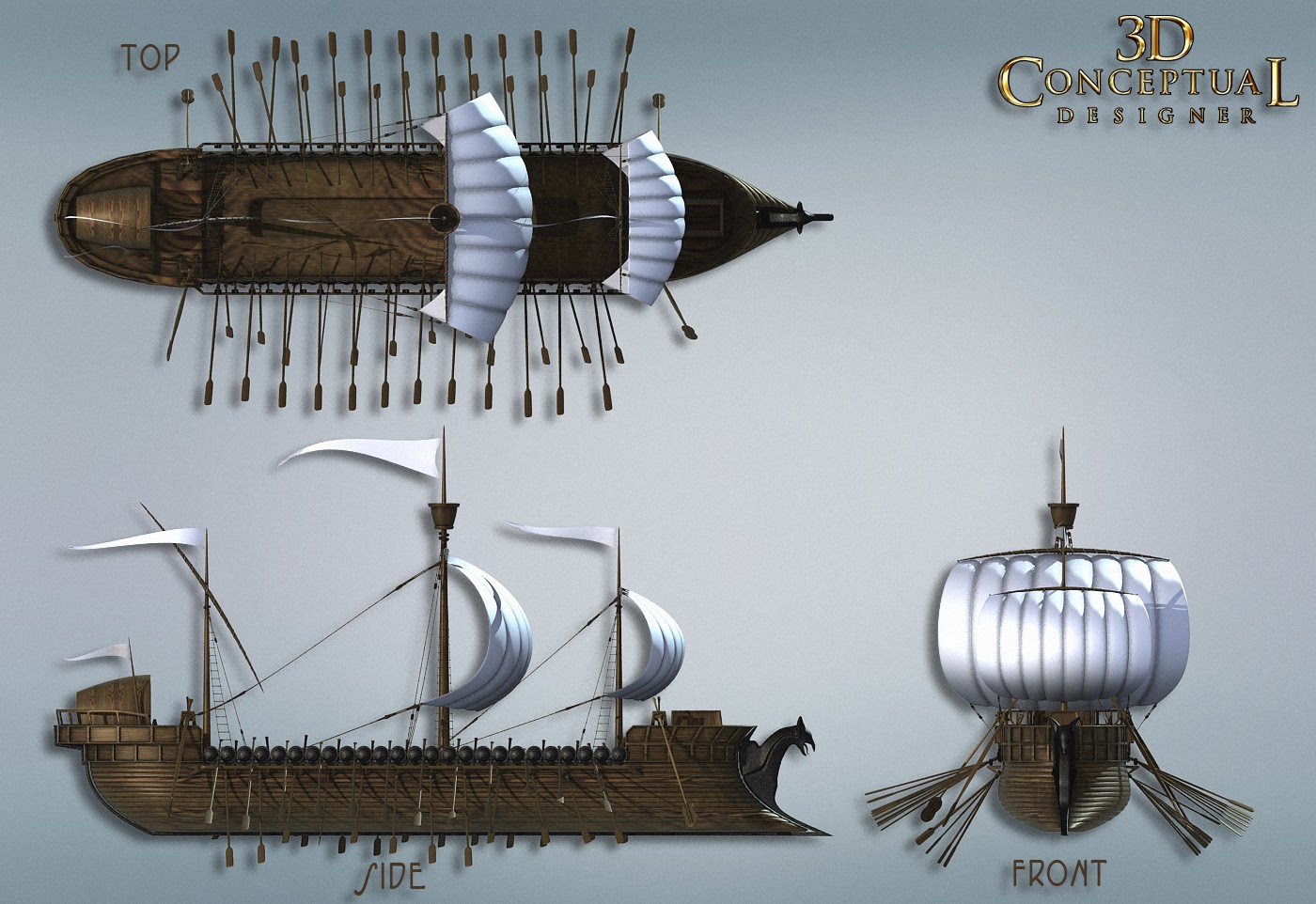 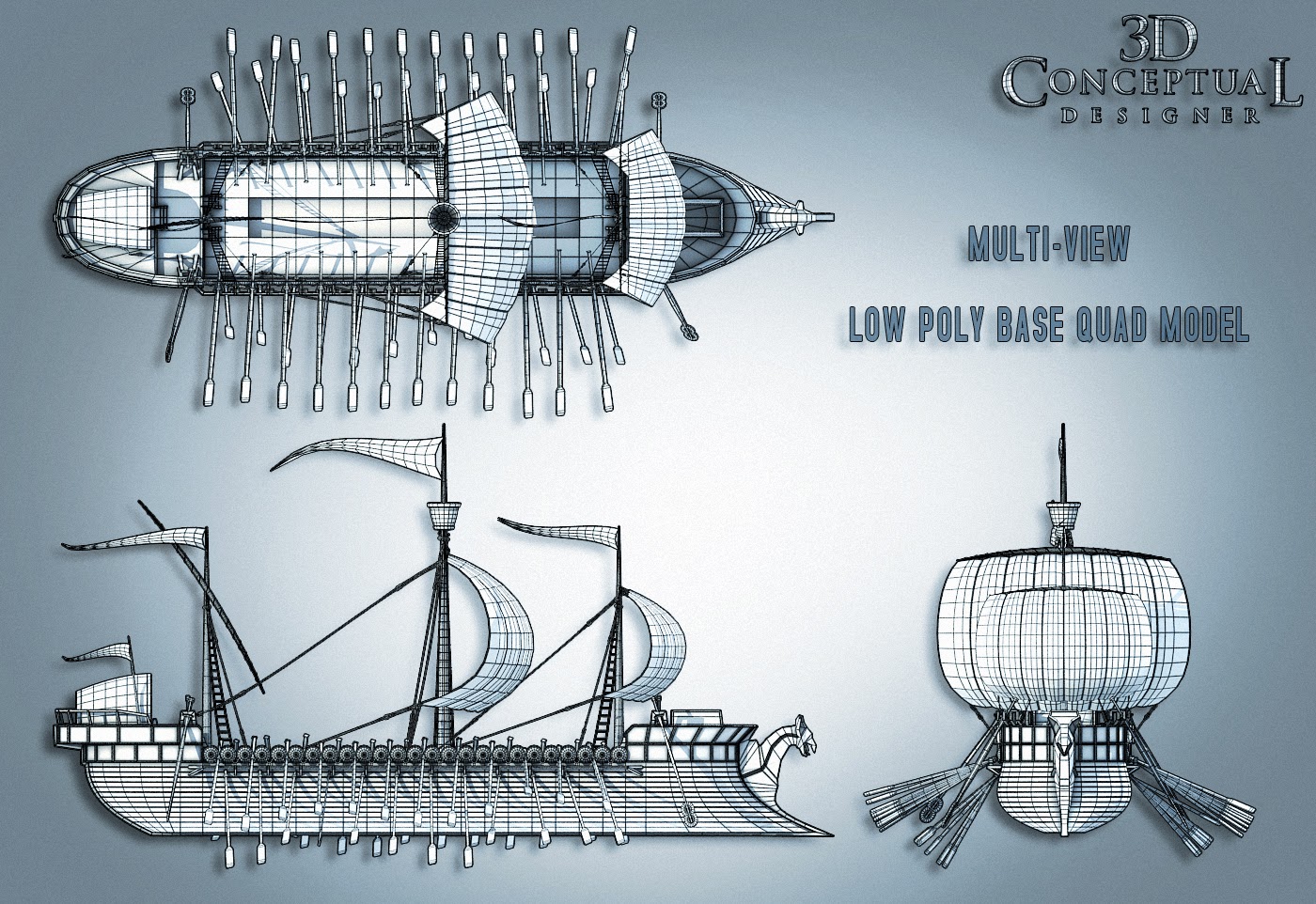 The low poly base mesh in 3-view as well.


I was asked to help out with the One Sheet creative development process on the second 300 film; 300 Rise of an Empire back in 2012 over at Cold Open, a regular client, and this was done very early so the CGI imagery was not available to them to create the posters, so I stepped in to assist with a 3D prop, the ships that they would use in the films.

I was given some small JPG's to match and I built out a subdivision quad model as I knew we would be rendering out a fleet of them so I needed a resolution scale so I could have low rez versions to place them and high rez for the renders.

These projects are very fast turn around so I have just a few hours at most to create the ship, a prop  that for the film was develop out and built over weeks, which I am not afforded in advertising, none the less the representative image was to be small and I was able to get it close enough for poster use, which is how the work must be done for print advertising at that pace and budget.

Once the model was done I did a version with and without sails and received a few JPG angles with lighting to match.

Cheers, THOM
Posted by 3Dconceptualdesigner at 10:23 AM