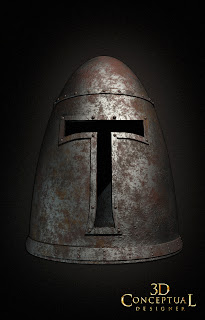 A pass at the "Tee Helmet" I designed out for the advertising ideas done up in a procedural rusted metal look for Timeline 2003. 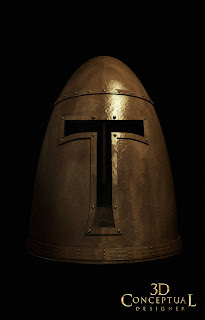 A Hammered Copper one is always a pass I do as I do a bit of Copper-smithing myself and am an avid Arts and Crafts buff. 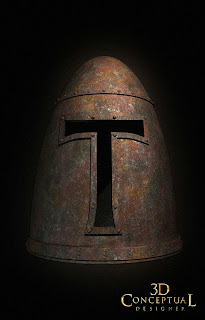 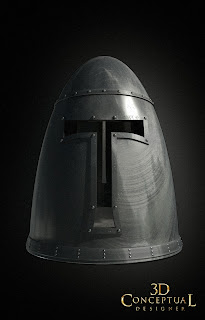 I used a procedural rock texture and replaced the color with a DA metal texture bitmap for this pass. 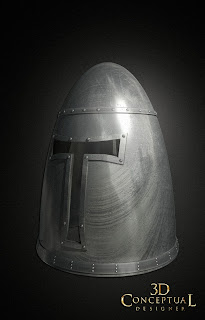 A 3/4 shot of the above scratched up steel look for this Timeline helmet. 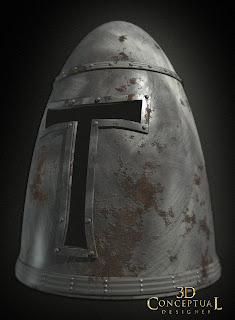 This texture is called rusty paint, but I modified it with a reflection channel and added the scratched steel on this too. One of my faves. 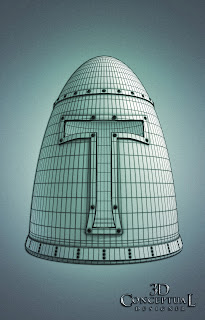 The base mesh built is "non-quads" with a Boolean thru for the parts. 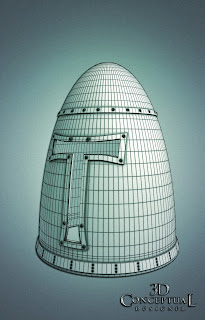 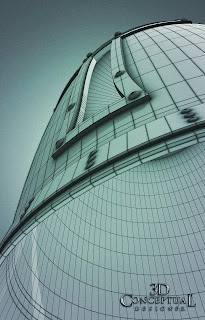 Close up on the lower lip overhang and rivets. 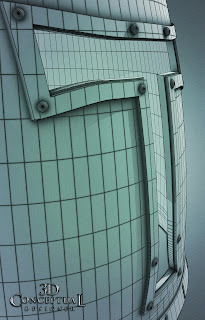 A close shot of the Tee hole opening and overlap[ purposeful] to get a double highlight. 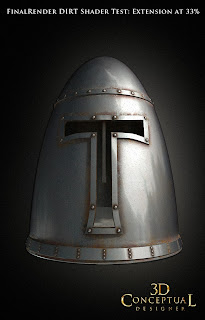 A Dirt shader version with low levels of dirt. 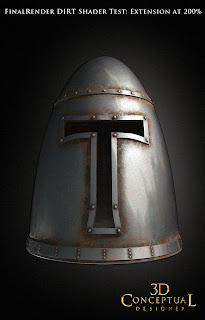 I went 10X on the dirt for this second pass. 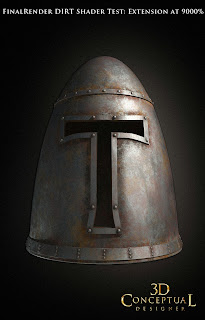 The final has almost no reflectivity due to full bleed on the dirt out on the steel.


This is PART II covering the work I did a decade ago now while in house at BLT Communications out in Hollywood for the film Timeline, and for this second part I cover the material texture work I did in finding a material for the helmets used in the One-sheet presentations.

I used Darksims Dark Tree editor sorftware to adjust and use shaders from the Simbiont Max plug in. Once the mesh was ready to go, I did a variety of pases of various materisla from copper to lead some new, and some aged.

Once the project was done, a new plug in for my renderer Final Render came out with a Dirt Shader, and I did a little experimenting with that, as seen above using the Simbiont Procedural Shaders as well.

You can dial in and out the total amount of aging you desire, and for jobs like this I will typically render a few passes at various levels so the Art Director can paint between a few version to get the right ammount of scuff where they want it, as this method gives them total control.

I ended up getting the finish for the posters and for AV, but the helmets were never used in the finals. You can view PART I here.