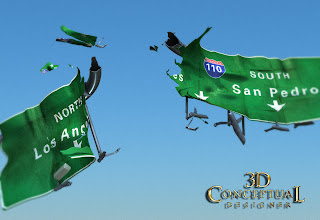 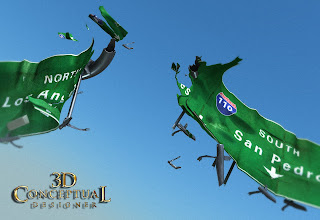 The final shot trucked in and rotated a bit. This is the clean render I delivered. 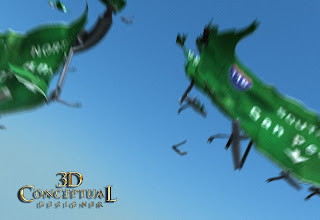 The final shot with some 3D Motion Blur added to the signs. This was used as an overlay with the above render for the finals. 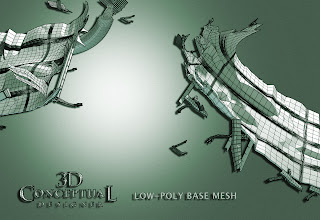 The base models used for the shot. I built them all out clean, and then cut them up. 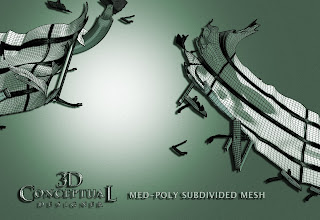 The Subdivision Mesh of the final model used for the Hancock Blue-ray Key Art. 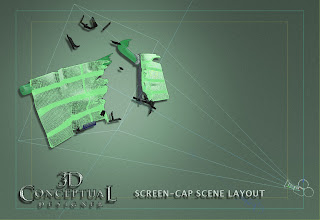 A Screen-shot of the basic scene I built for Hancock back in 2008 for Sony's Blue Ray release.


In the Summer of 2008 I was asked to create a 3D Digital Illustration for the packaging for the film Hancock. I was asked to build an LA freeway sign in shreds in mid air for a flying shot of Will Smith for the Key Art.

I sourced some scrap reference and created a custom texture-map for the signs, and I built out the sign and then destoyed it using the great Pro-Boolean tool in 3DSmax.

I proceeded to render a few angles as well as a shot with some 3D motion blur to overlay the final artwork. A fun little partial day gig.