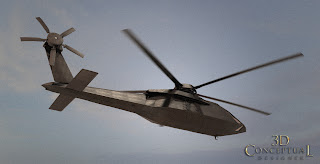 A low side view on the Stealth Blackhawk Helicopter 3D Model I built for Key Art for Cold Open. 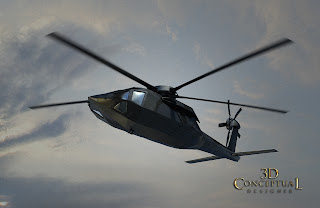 A Low angle 3/4 front view with a darker carbon-fiber like surface. 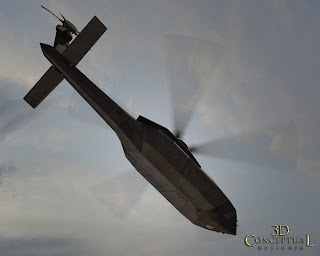 A view up from the ground on the stealth blackhawk.

A direct side shot of the Stealth Helicopter 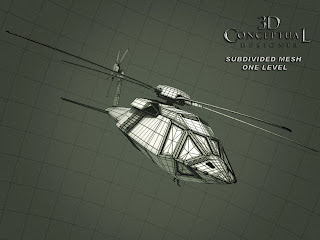 Here is the model with one level of subdivision to add enough detail to the model for a good mid-level render. 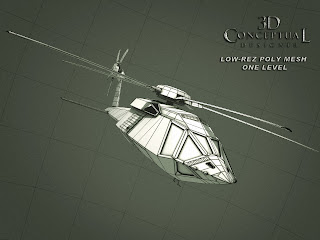 The front view on the base poly model with all subdivision removed. 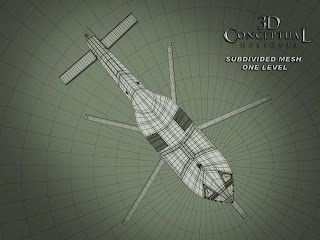 A shot looking up at the 'copter belly. 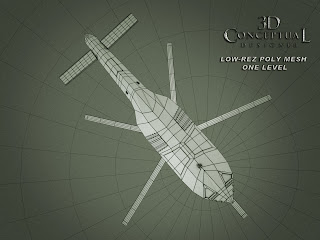 The same view with all subdivision removed[ base model]. 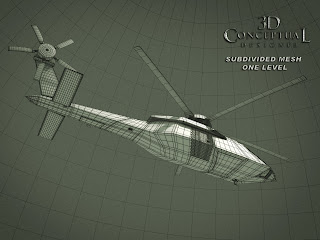 The 3/4 side shot showing the subdivision surface. 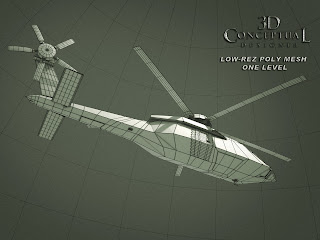 The Low Poly count view from the same camera angle. 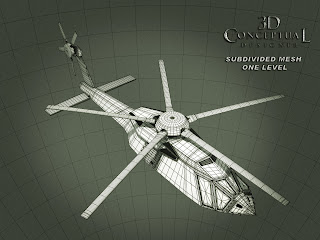 A shot from overhead showing the vents and details around the main rotor. 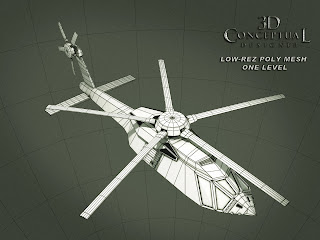 Here is the Low Poly of that same shot of the Stealth Blackhawk.


A year ago I began a little 3D build for a regular client of a ultra modern Stealth "Blackhawk" Helicopter used for covert missions for some key art use they had so off I went to build it out. As with most advertising deadline I had under one day to build it out and get a set of renders over att various angles with some 3D blur on the main bladed so they could quickly comp the thing into the Key Art.

I was given some scrap reference to follow and I built out the Helicopter as a subdivision model so we could up the resolution for close ups, and lower-rez was good for grouping shots.

All the little angles and honeycomb parts were all hand built for the final object. I was not tasked with landing gear, or an interior at the time, so I built the model as an outside only model with no interior.

A fun build, as a Transportation Design graduate from Art Center, if it moves we MUST build it! :o)