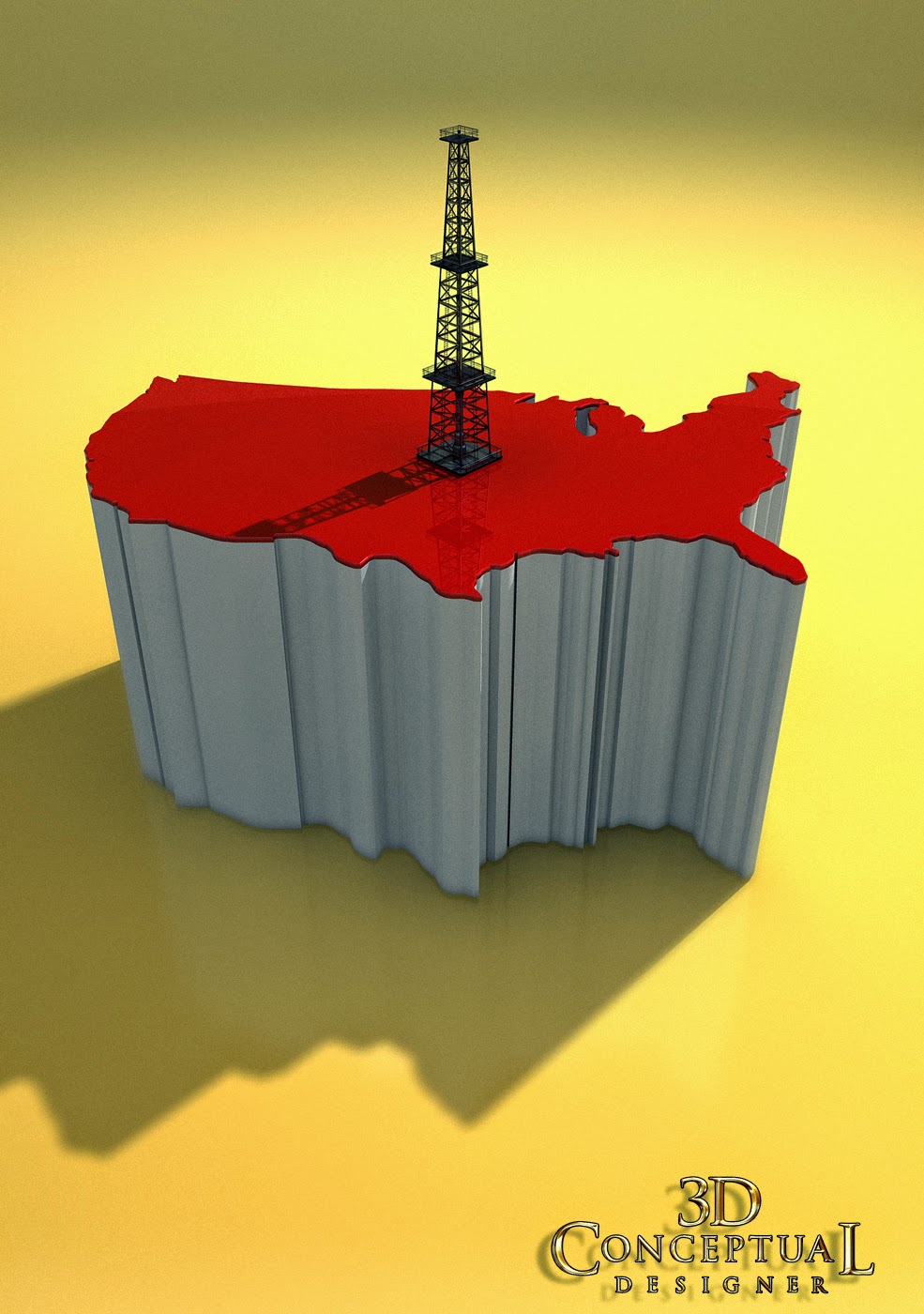 The fist pass of my 3D Illustration design for Gasland II, had a deep extrusion to the USA map with the Oil rig up top. Colors were locked early. 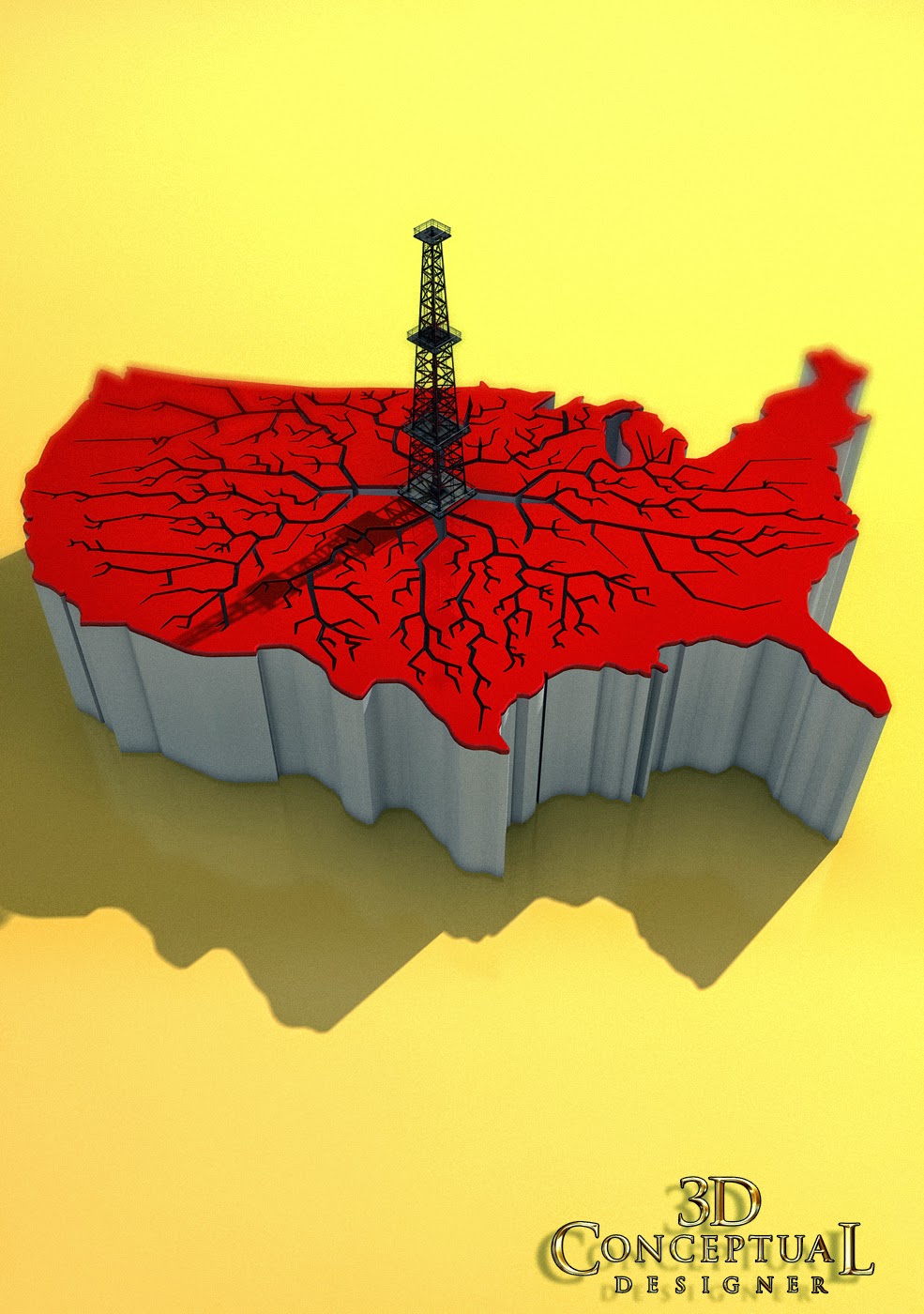 I lowered the extrusion by 60% going forward, and for this one I did the 'tree-root' cracks all emanating from the rig. 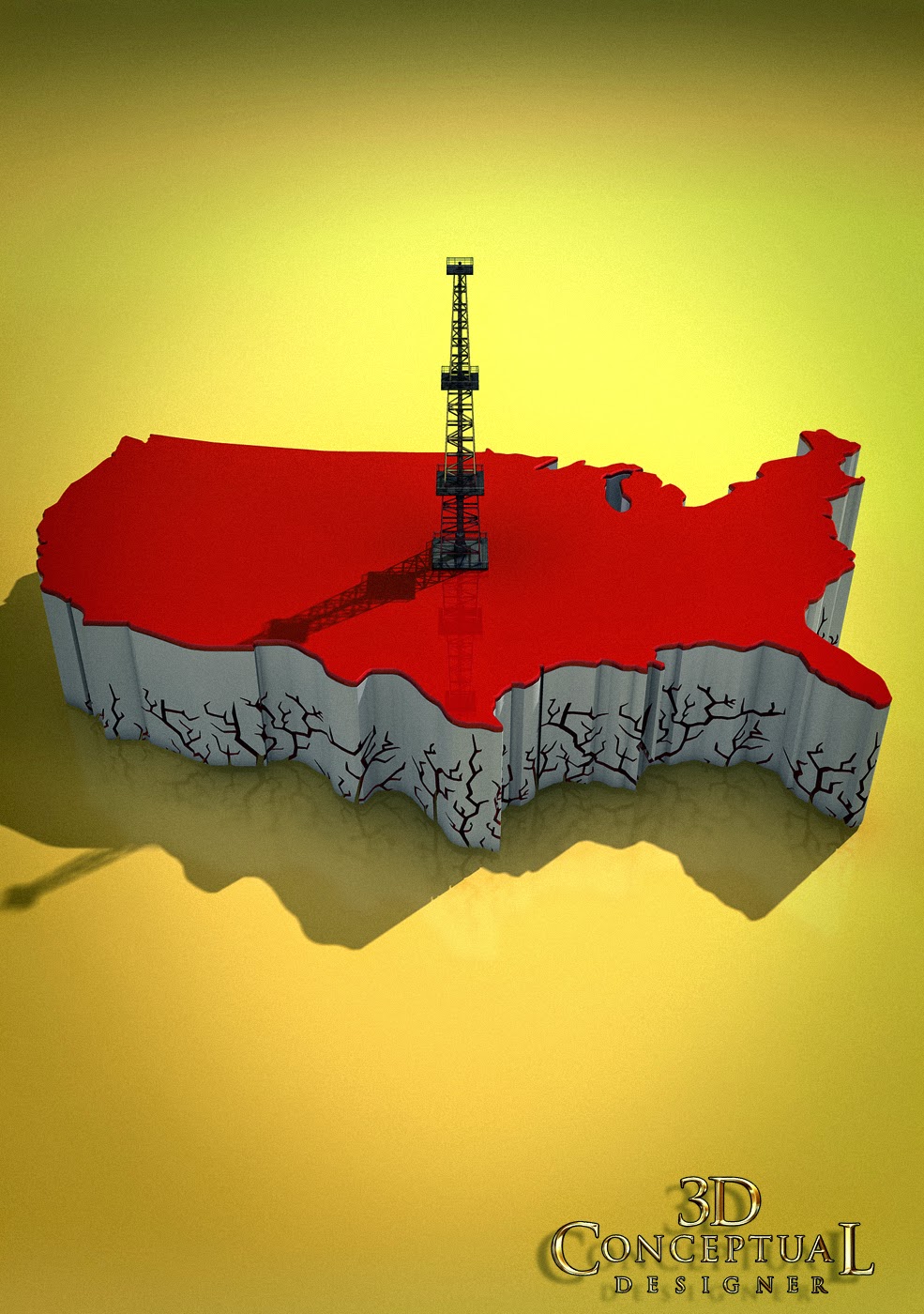 I then took the spine object I used to Boolean the top plate and did the base extrusion with lower cracks coming up the surface. 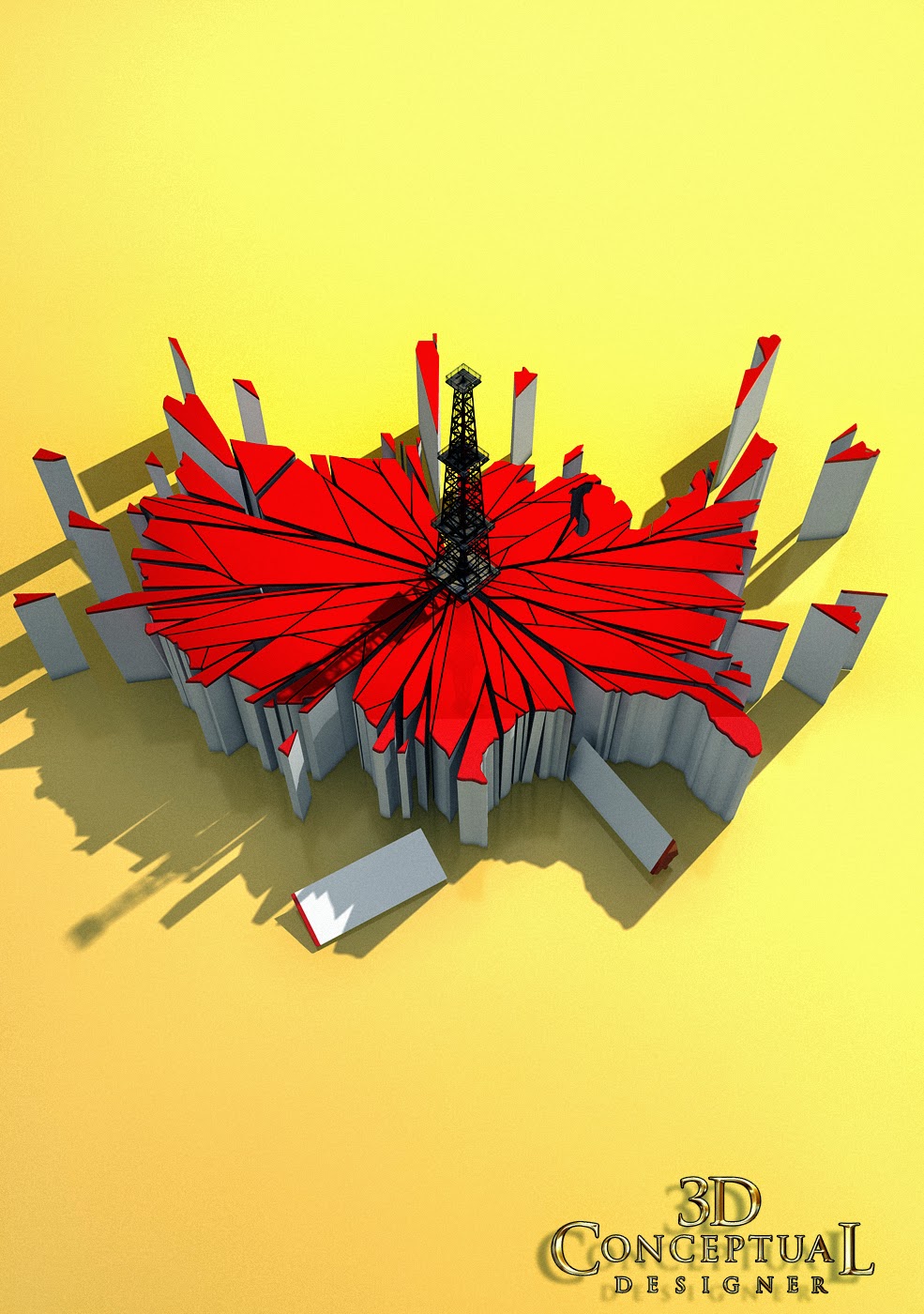 One of my personal favorites is the sharp edged cracked version with some shards falling over, the most organic looking one IMO. 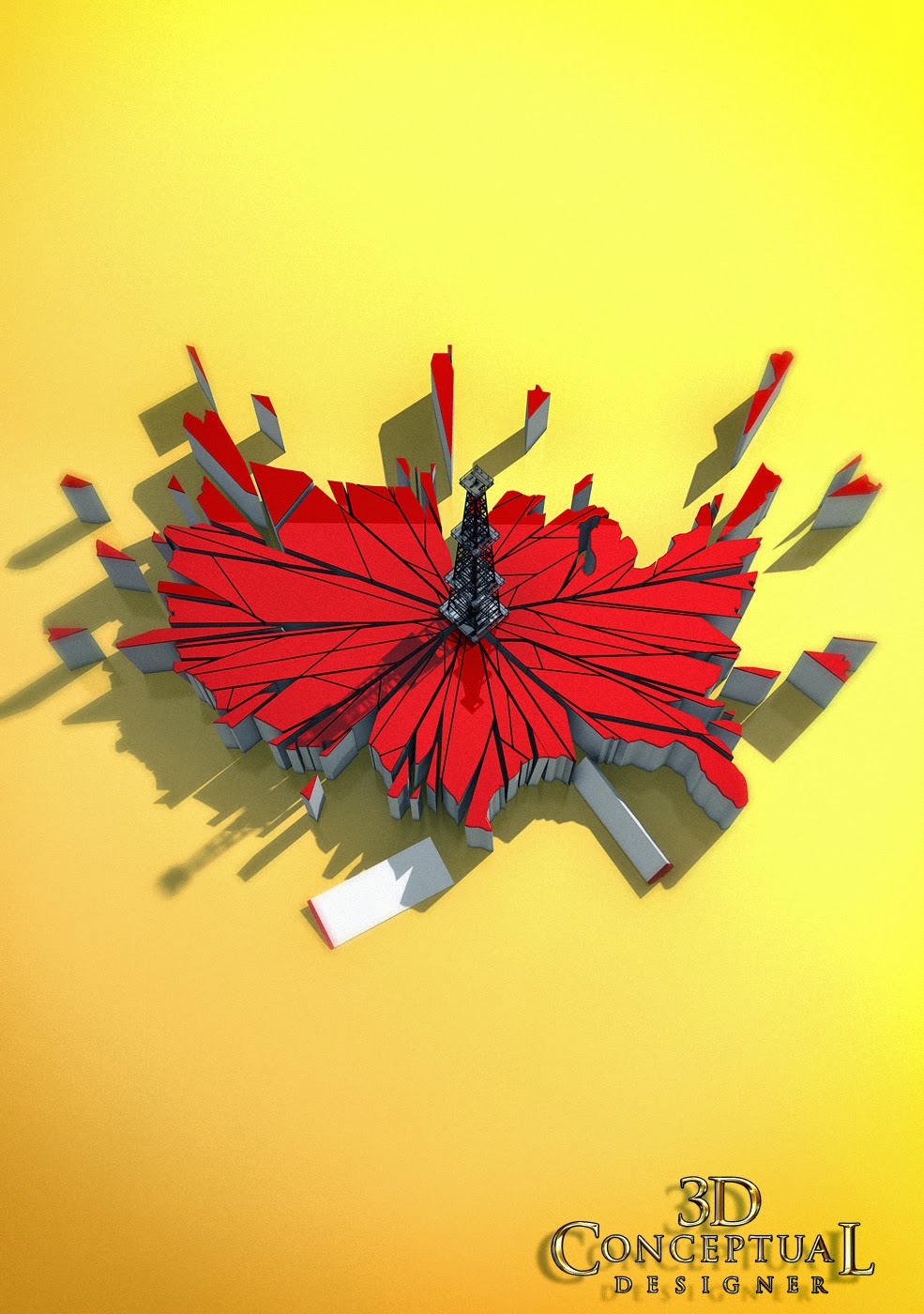 This is the same scene as above with the camera changed in FOV, as well as moving to a more birds eye view up top. 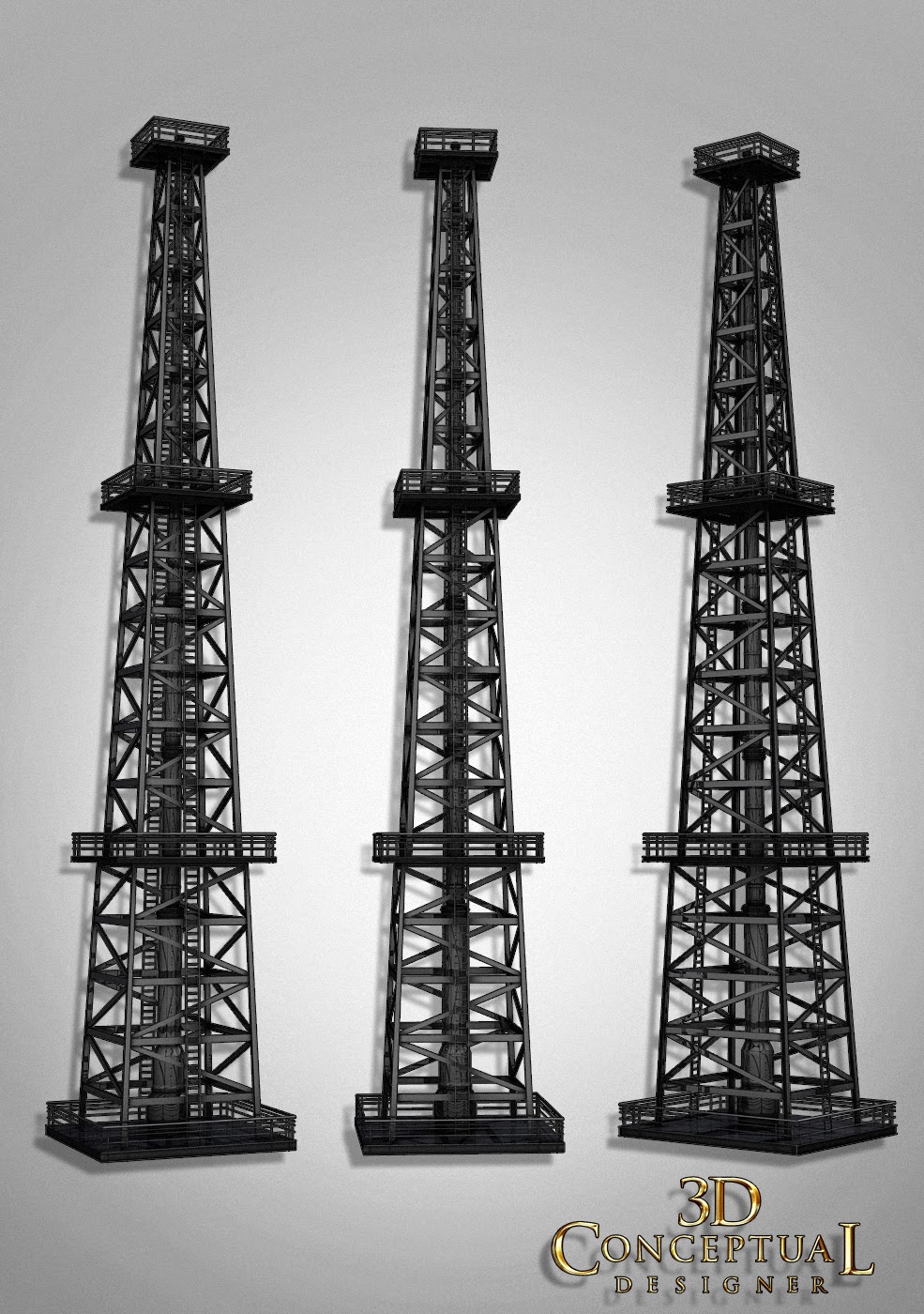 For various other comps the client had me render out just the Oil Rig model at a few angles to use as well, as seen above.


Just over a year back I was given a quick little 3D Illustration gig for some posters for the sequel to the HBO film Gasland, called Gasland 2 from a regular client Cold Open.

The concept was basic, in that they wanted to show a cracked up USA map extruded out with an Oil well atop. I did a few 'cracking' concepts with lower cracks, upper ones, and ones that were more glass like as well as tree root styled ones to achieve the various looks they wanted.

They wanted bright colors and a very graphic feel to the renders so I went with primary colors for the finals as directed by the Design team at the agency Cold Open.

A fast half day+ gig delivered, however the finish was not granted so these exercises show what could have been, always a big part of concept work, as 90% of what I do never see the light of day, and this is typical.


Cheers, THOM
Posted by 3Dconceptualdesigner at 11:30 AM