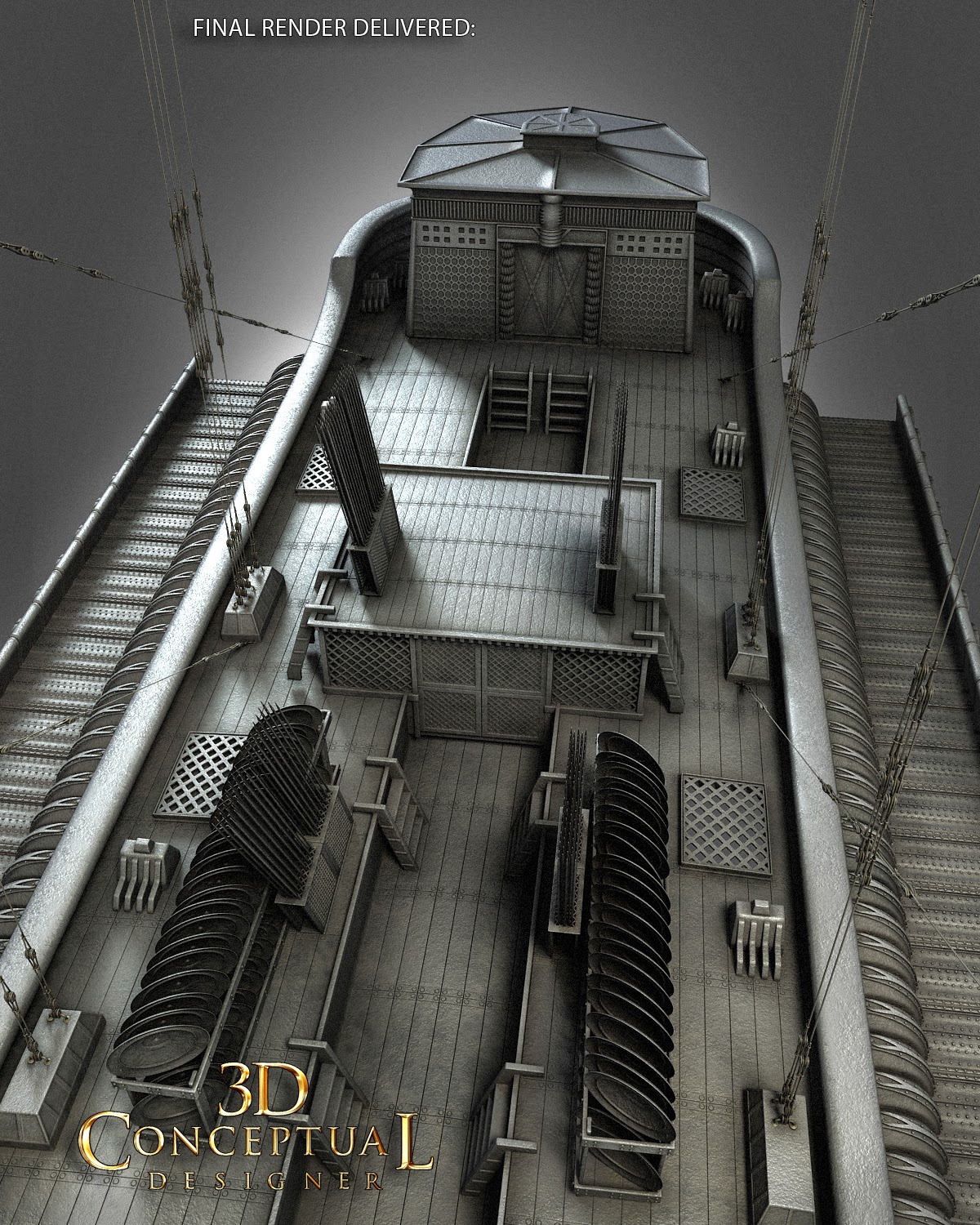 The final rendered image as delivered for the Comp Presentations. 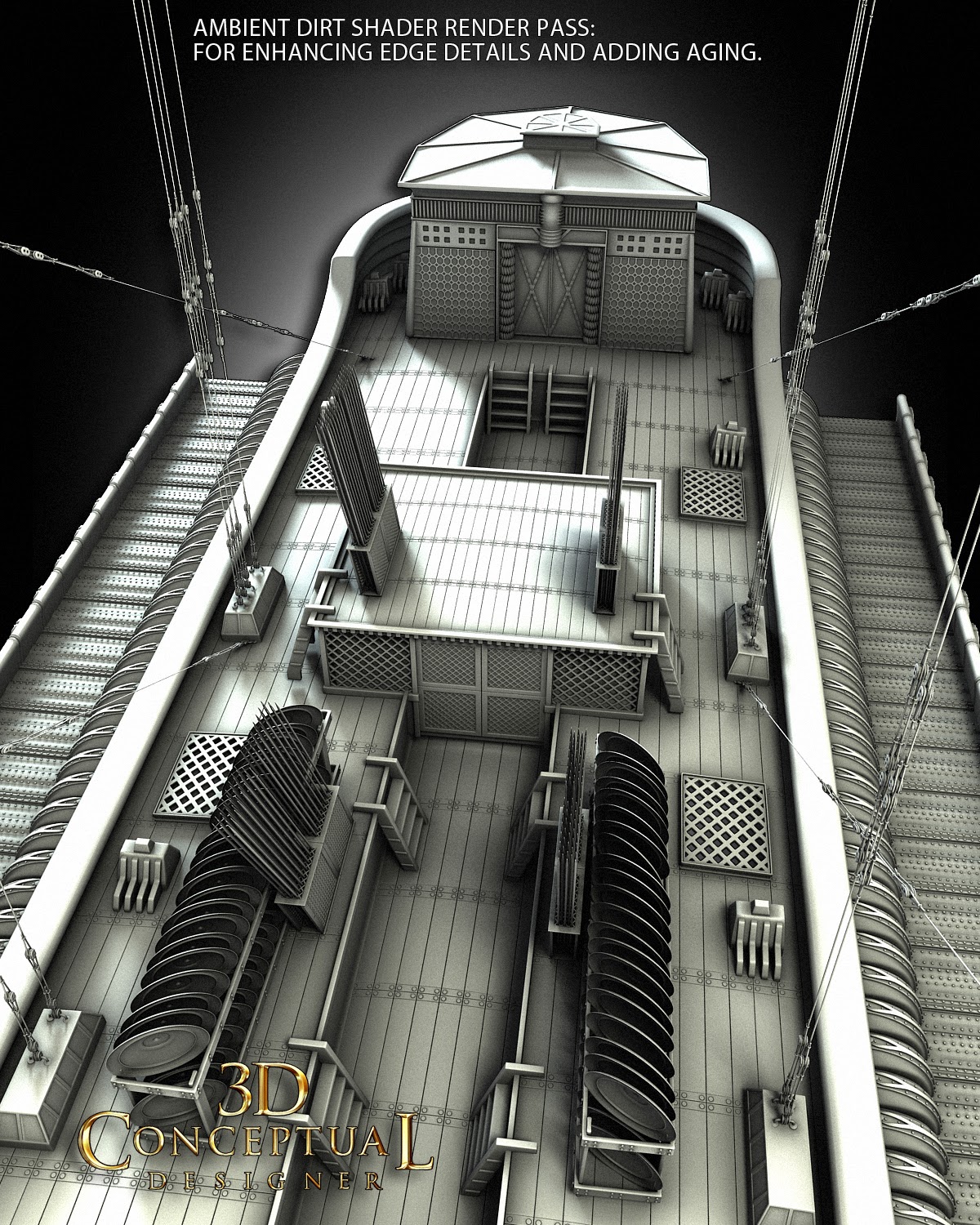 The Ambient Occlusion Dirt Shader pass[ 2nd render]used in the final as an overlay. 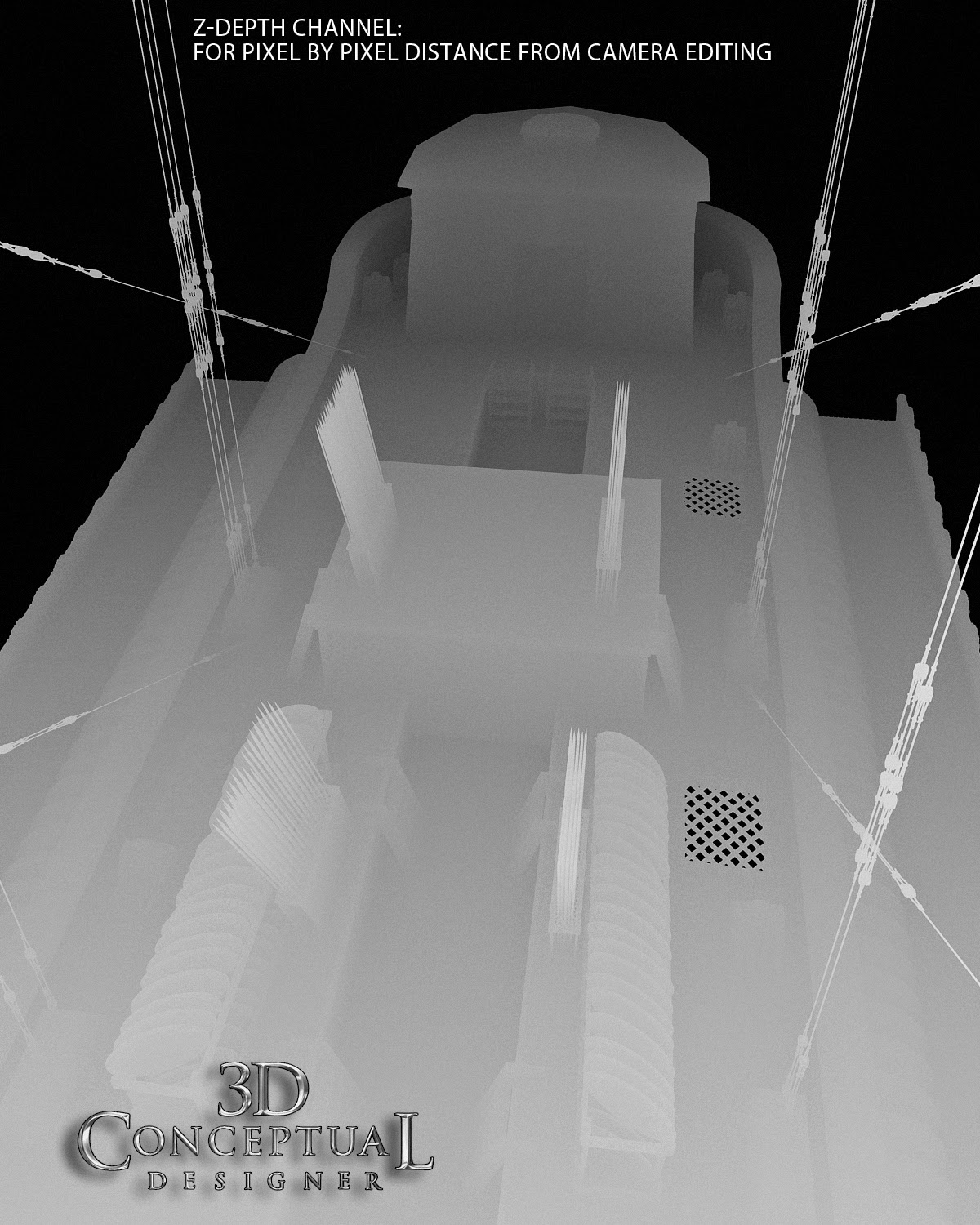 The Z-Depth Channel pass: Distance based editing on a pixel by pixel basis. 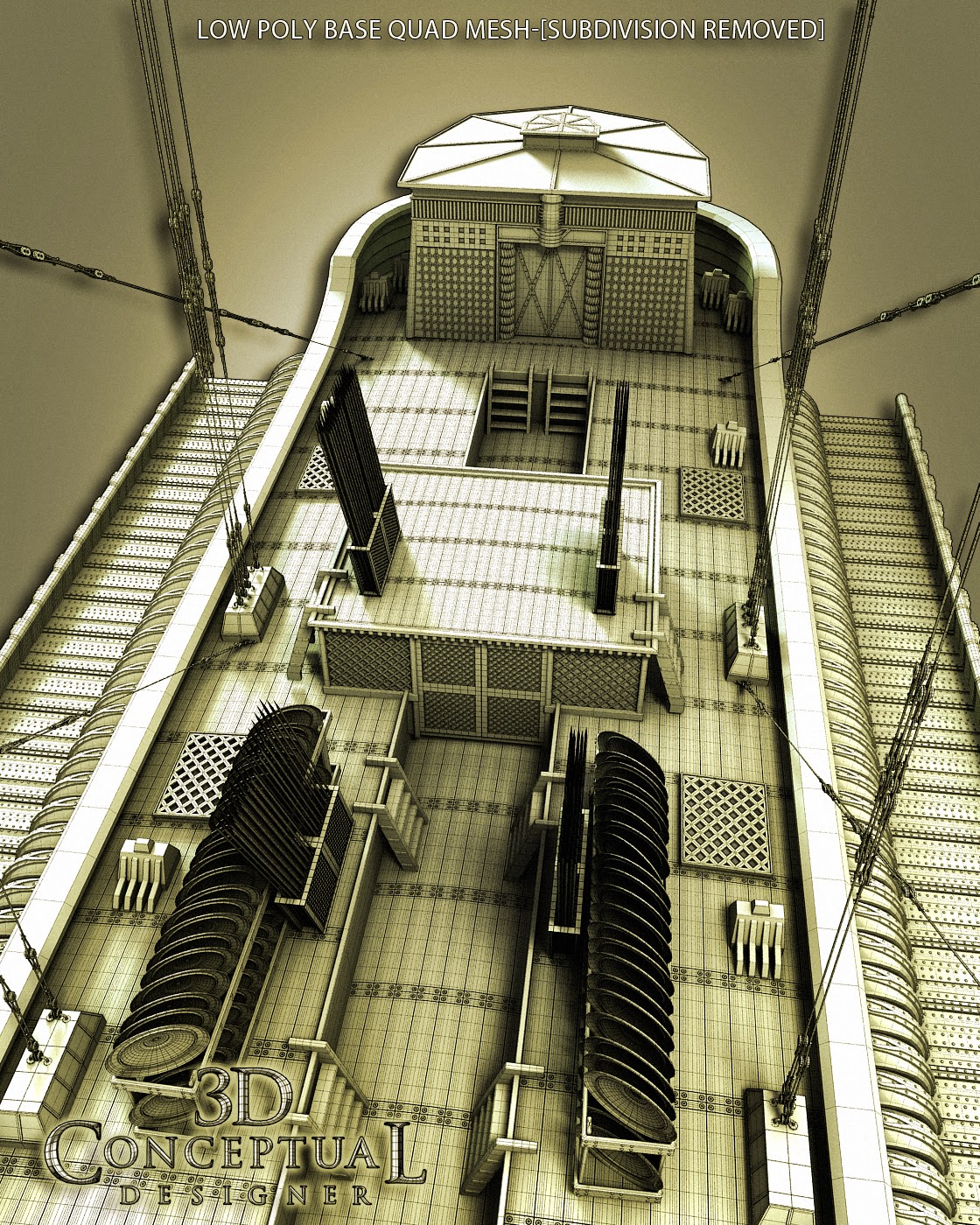 The low poly base geometry I built for the comp. 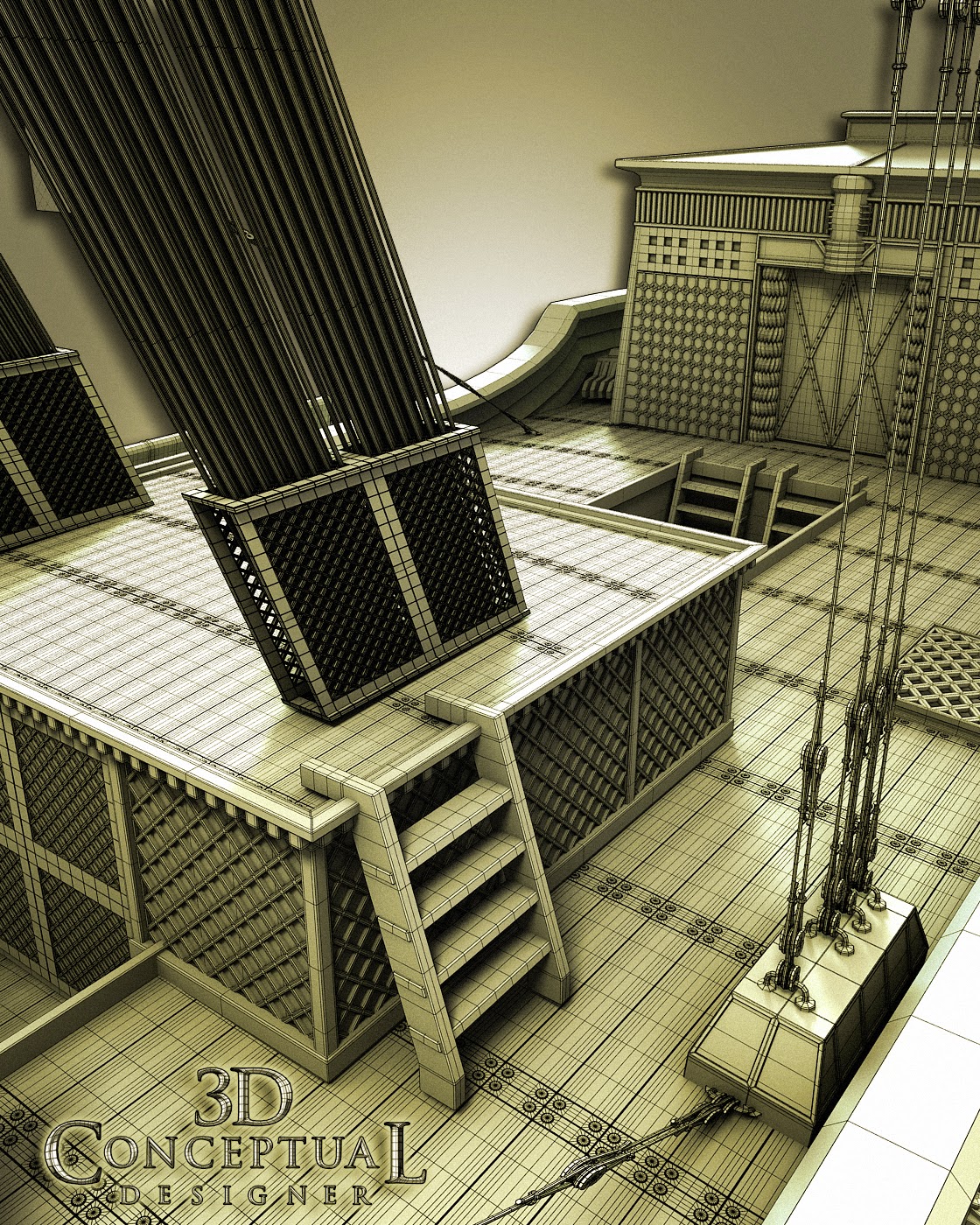 A 3/4 side shot of the center of the virtual set I made. Close up on the rack full of shields. 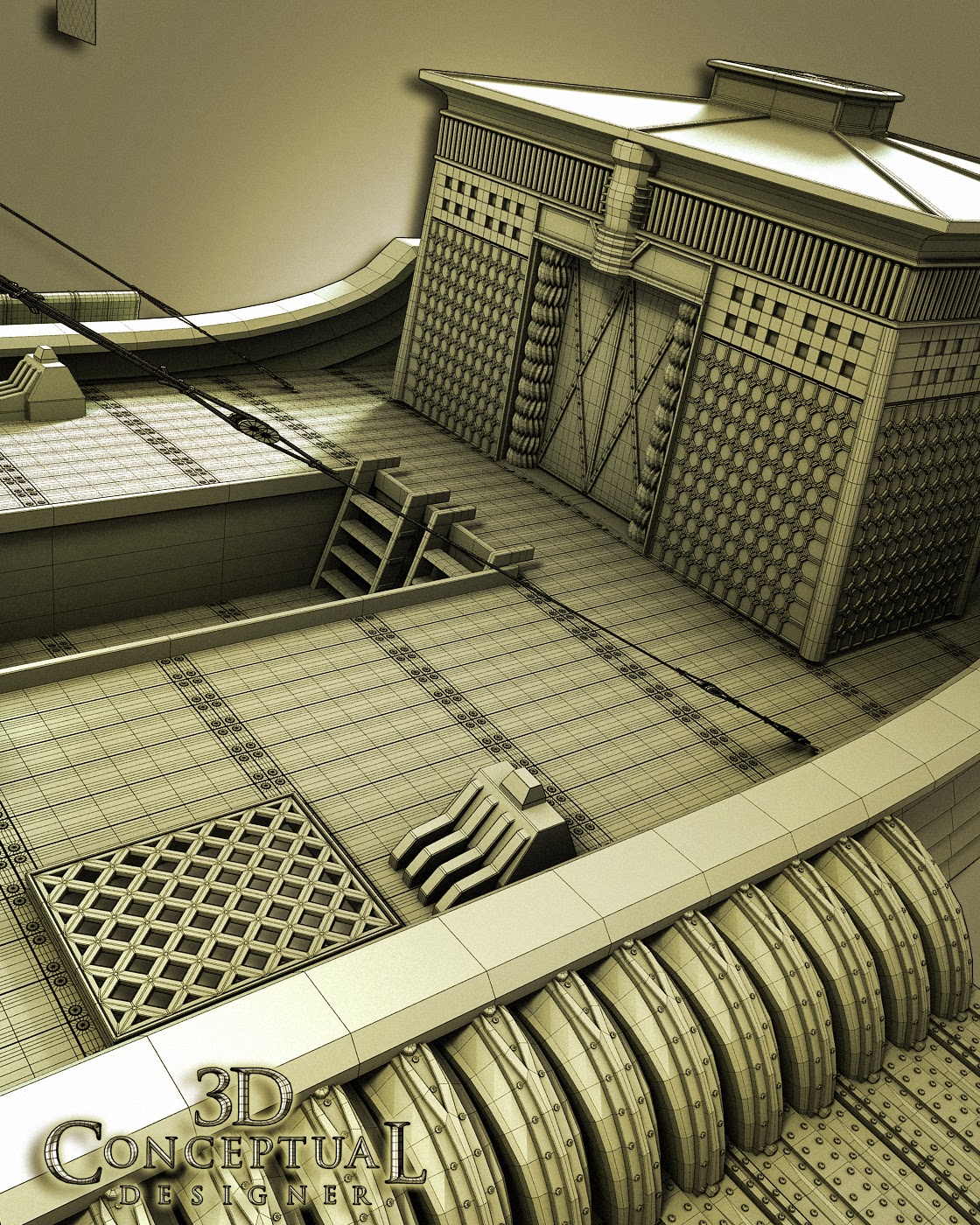 The back cabin with the decking all modeled with rivets and planking crowed on all surfaces for good reflection and shader falloff. The low poly base mesh in this overall view shows that I made only what was needed, a technique I learned early on in my career doing set design.


I was asked to help out with the One Sheet creative development process on the second 300 film; 300 Rise of an Empire back in 2012 , and another client also came to me with a need so the next year in March of 2013, I created a detailed back half of the ship deck for a One Sheet presentation they were making for the payoff posters.

I was given a rough shot of the actors to match lighting and angle, and a single shot from the backstage from the film of the set itself. I had just a day to do this, as most deadlines are very fast in Theatrical Entertainment, so I build as much as I could get in the design with some simplification to meet the deadline.

Overall I matched the look and feel and the client took delivery of the multi-layered PSD file with an ambient pass, as well as alpha channel, and a Z-Depth pass for distance based editing to drop the ship into the fog as it went back into scene.

If you want to see the medium resolution ships I built the prior year for another client[ so I was already familiar with the vessel] you can review that here. I also did a small online part for the first one here as well.