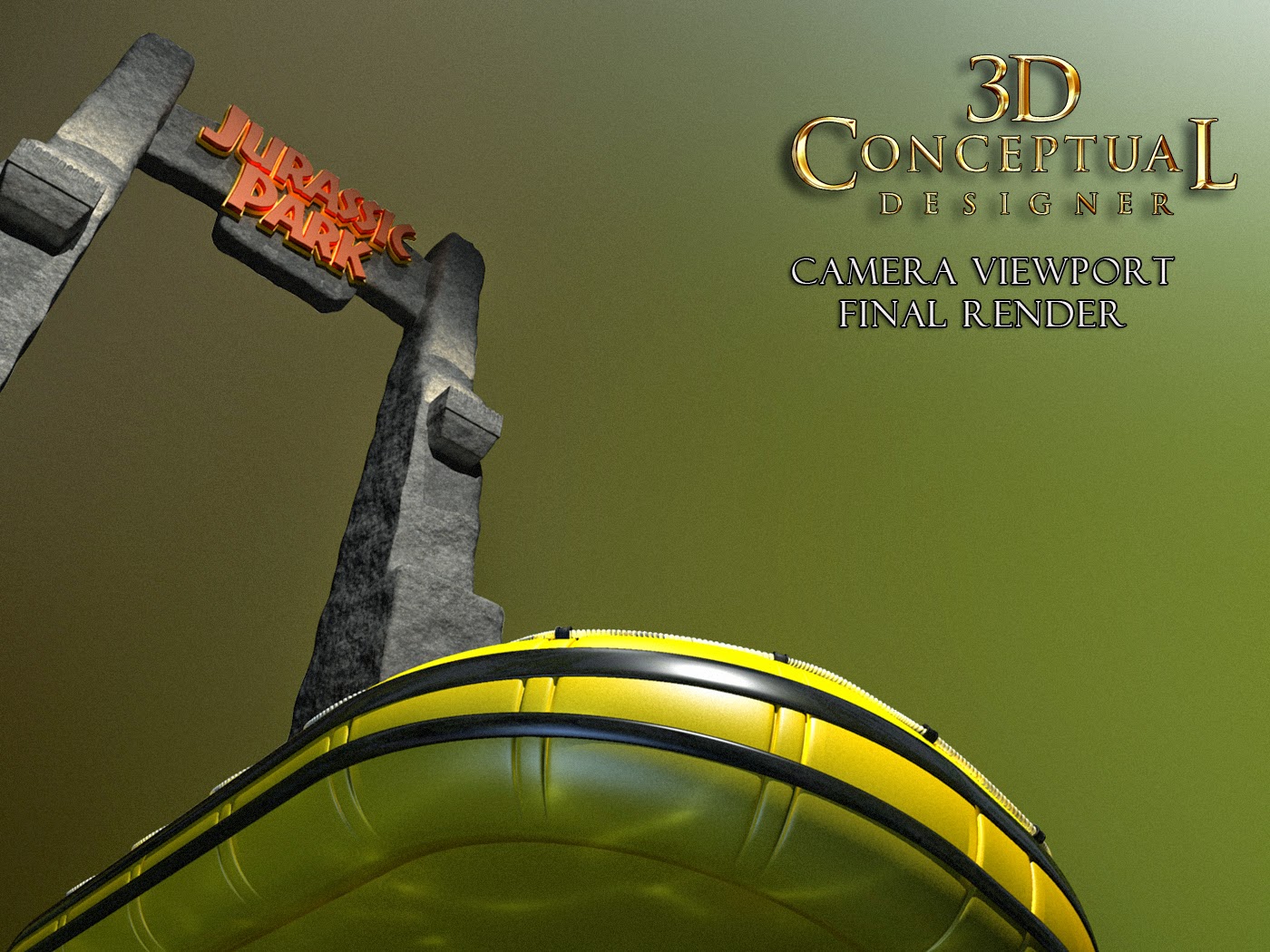 Here is the 3D RAW render as delivered to the Corporate Art Team for the Jurassic Park work. 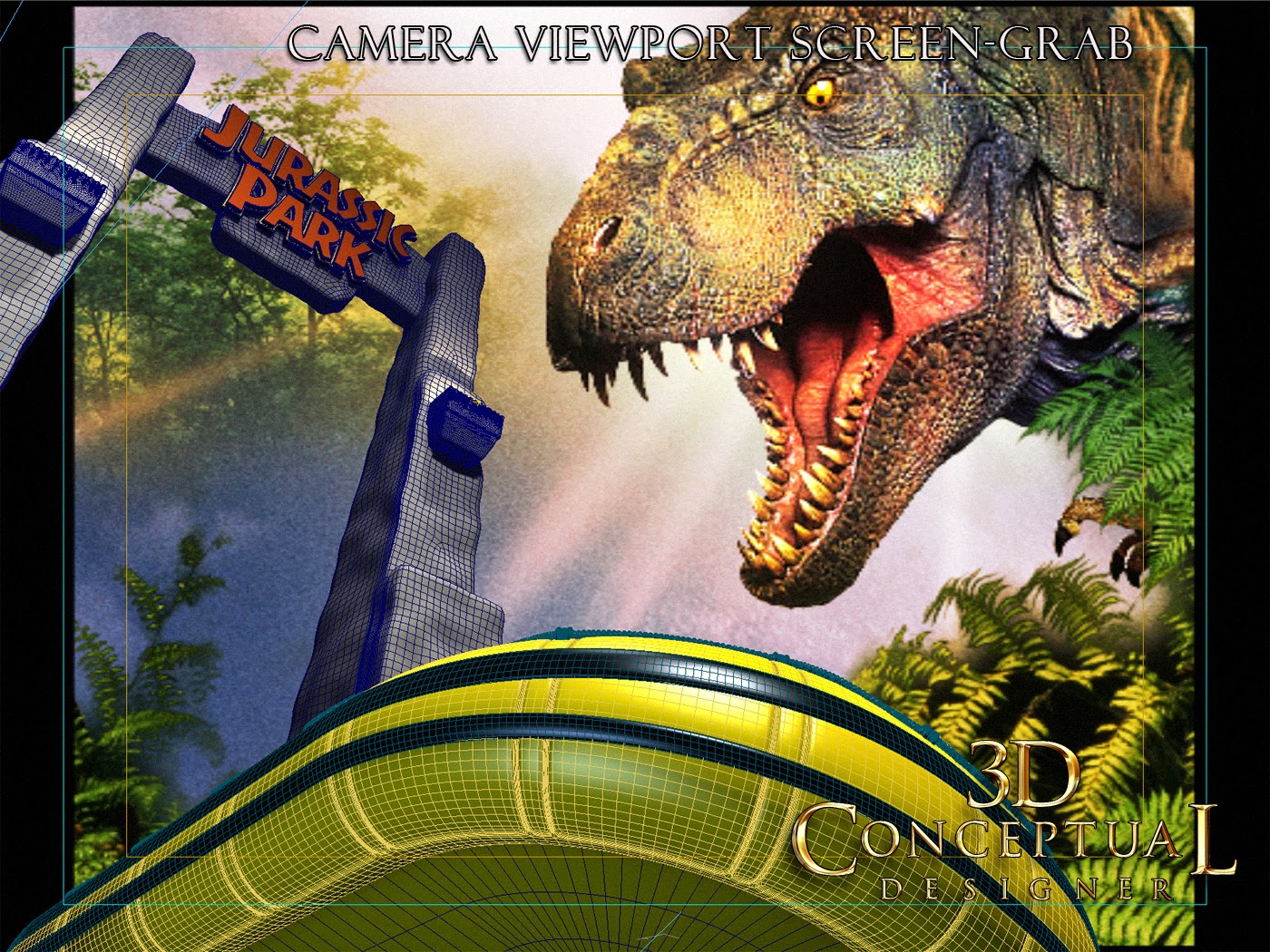 The screen grab shows the mesh placement as well as the background image provided to match this with. 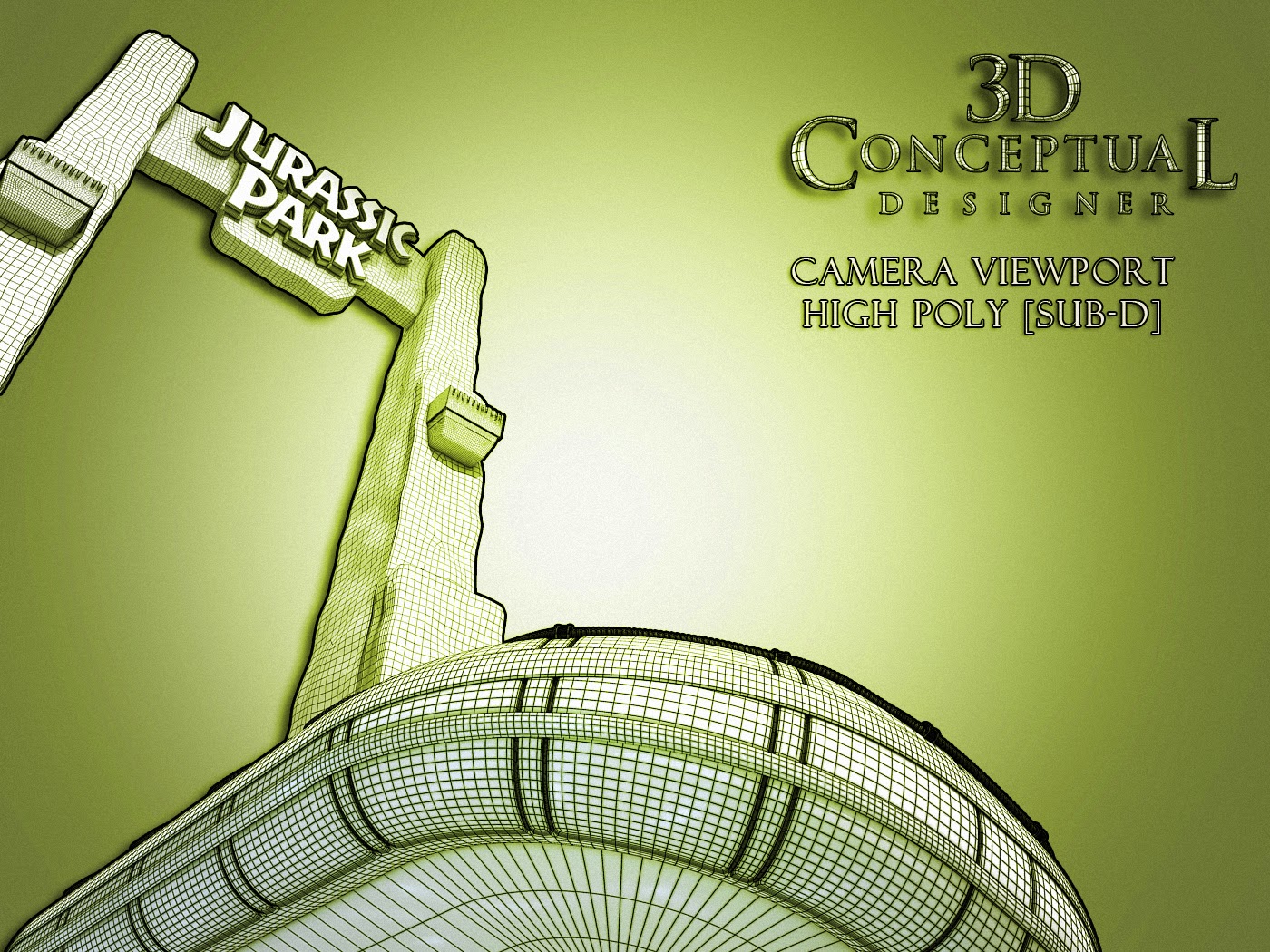 Here is the subdivided [ Sub-D] poly mesh scene as seen from the Camera view port. 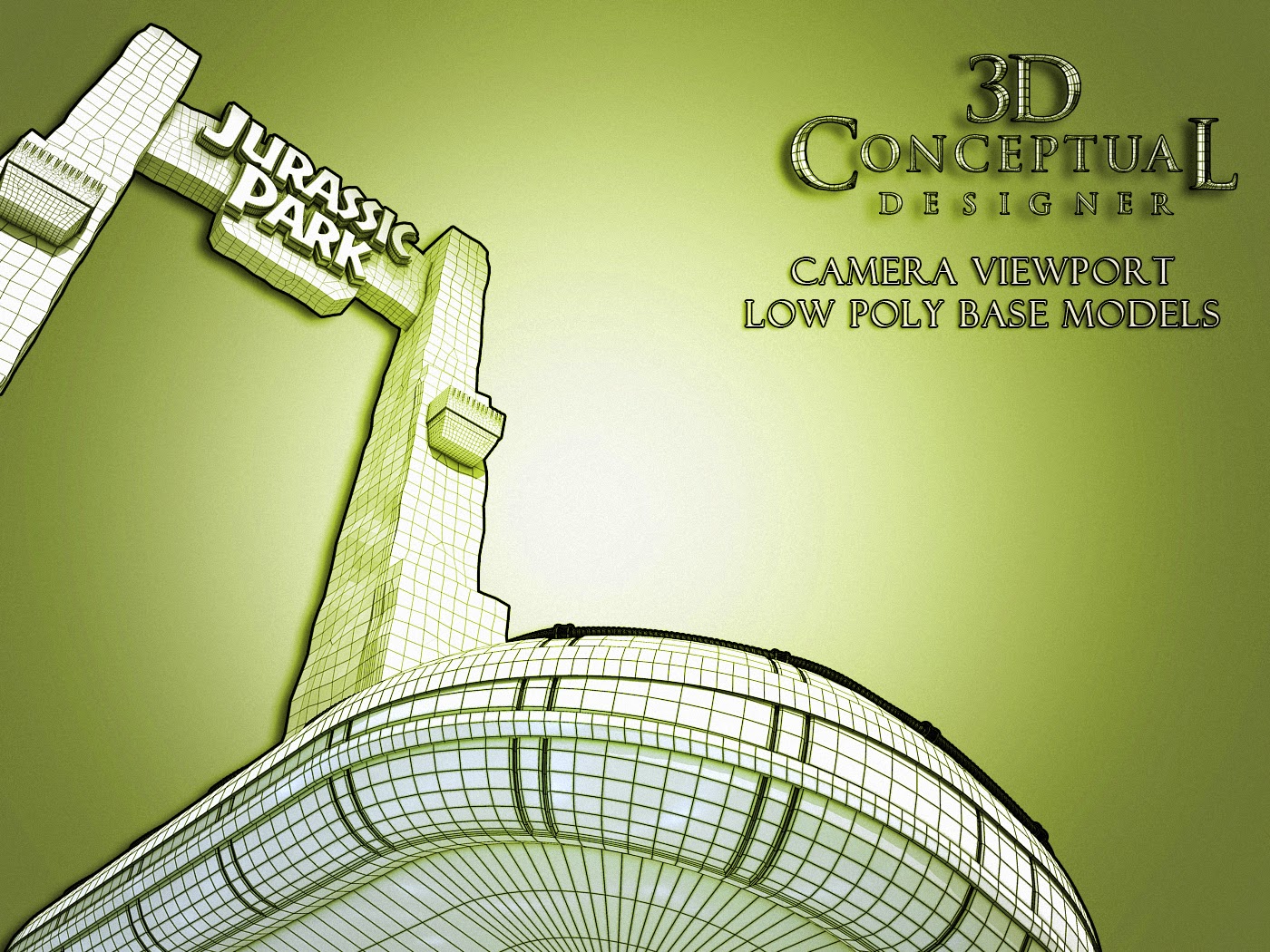 Here is the Low-Poly base 3D Models used for the final shot. 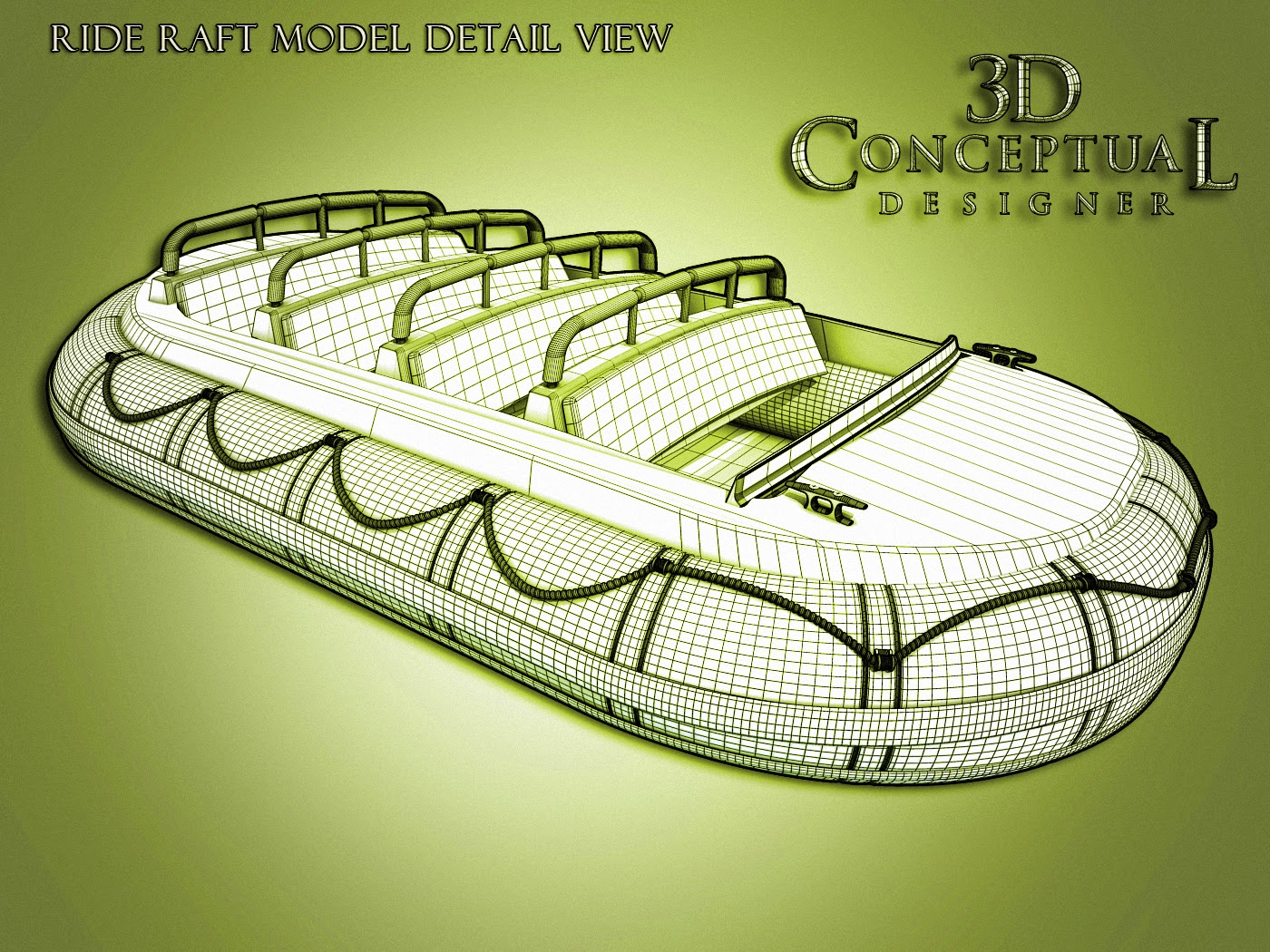 A 3/4 view of the Jurassic Park ride vehicle I replicated in 3D.
NOTE: there are no seat bottoms or ropes on the other side as they were never to be seen. 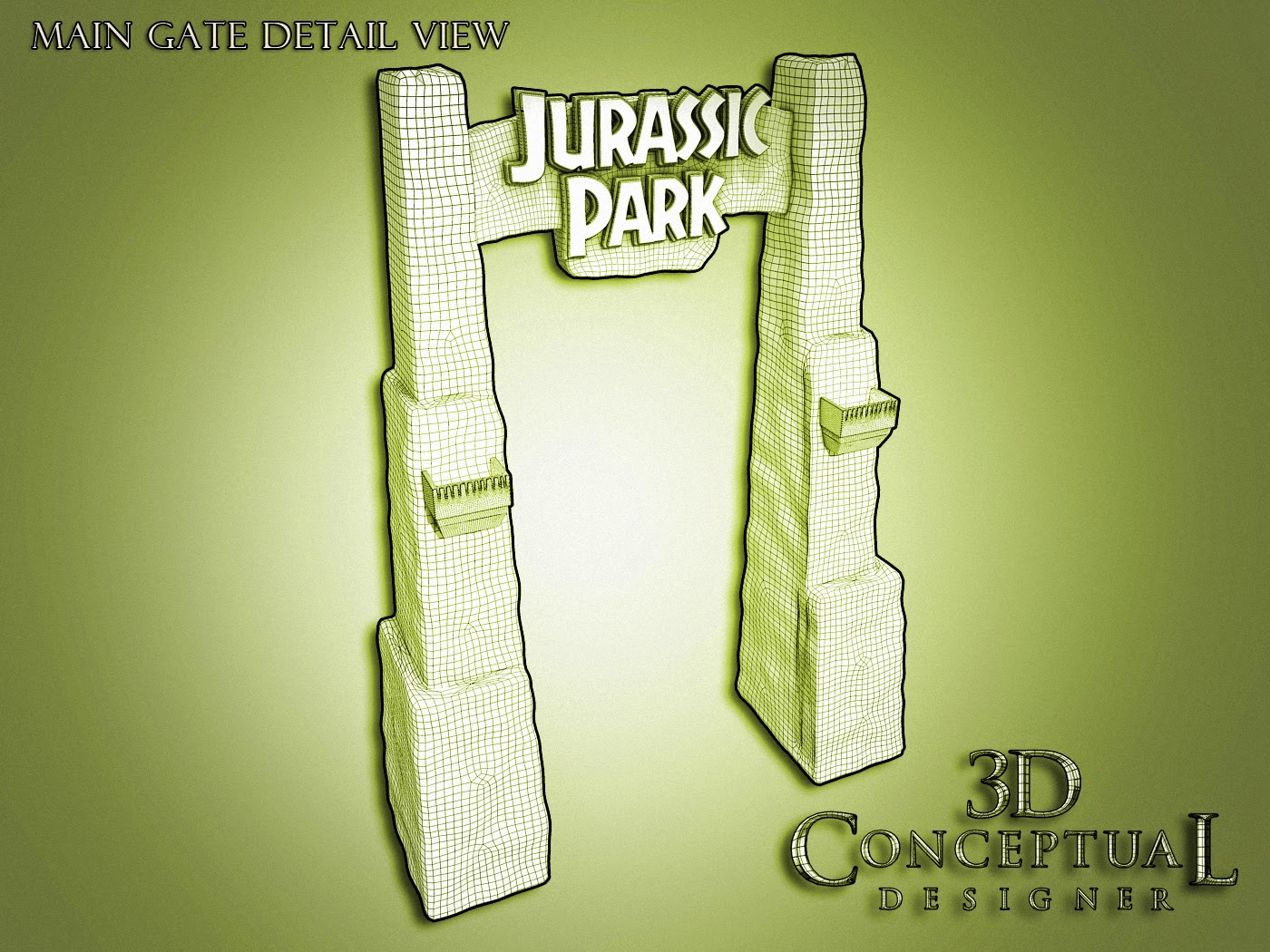 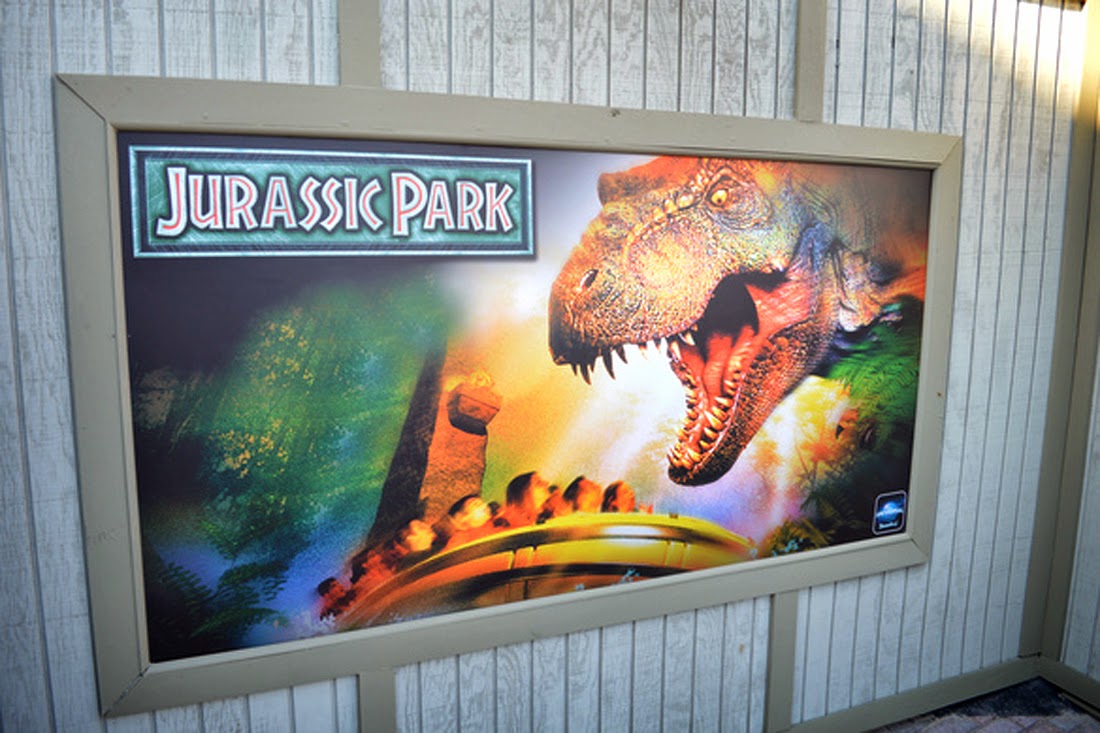 This is a shot of the artwork in use at the park to this day.

I ran the small 3D Department at The Cimarron Group from October 2003 to 2009, and  I provided 3D services from Design, Modeling, Illustration and Animation to the many internal divisions within Cimarron.

We also had a traditional Advertising Division that retained Universal Studios Hollywood as a regular client since before I started there, and they put me to good use using my 3D skills on various projects.

I was asked to assist in that years drive for yearly passes using the Jurassic Park ride as the vehicle.

They had artwork from the client of the T-Rex that needed to have the gate and the ride boat added so they could fill it worth photography of the park guests inside the vehicle, so I proceeded to build virtual copies of the ride vehicle as well as the gate in 3D to add these as 3D Illustrations to the final artwork.

The final went to finish as is still used in some places in the park today a decade later.