The Final Dark Gold 3D Logo Render used for the newest packaging for The Princess Bride on Blue-Ray Disc 2014.

I also did one 3D Title Treatment, a bit brighter in the development stage.

Also went a cool Silver in a dim, and darkly lit environment as well.

And a 3D Logo done in a brighter silver as well was done for The Princess Bide.

My last and final delivery of a look, was a Brass one, and this one had a bit less shine than the Gold and Silver versions had in the reflection levels.

Here is a Camera view in the final Poly-Sub-D[ Subdivision Surfacing] of the file.

At an angle up close you can see the sculpted serifs.

The base Polygon build out with no subdivision added yet.

Again the close up on this Single Point Beveled font shows the base build out. 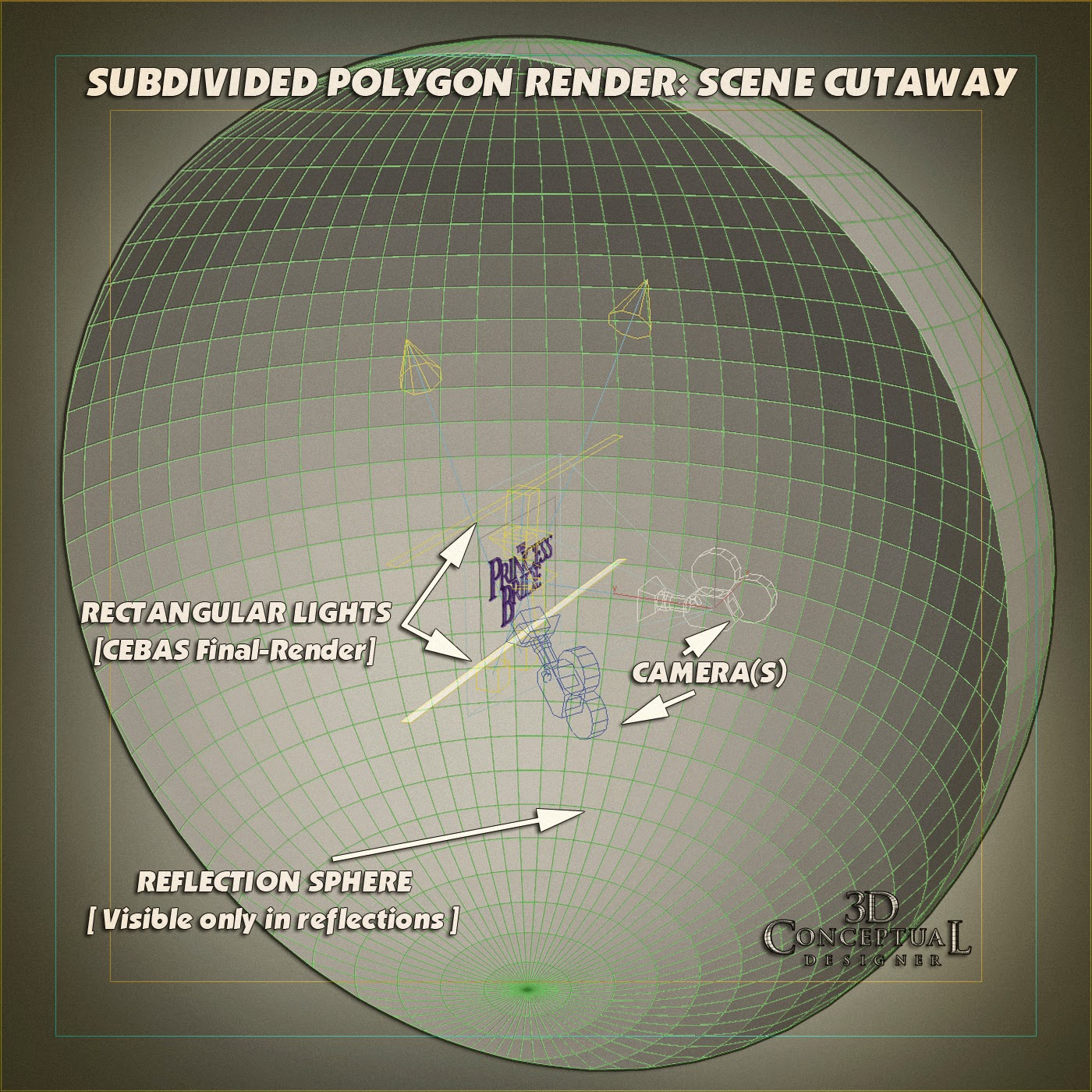 An overview of how I typically set up my 3D Title renders. 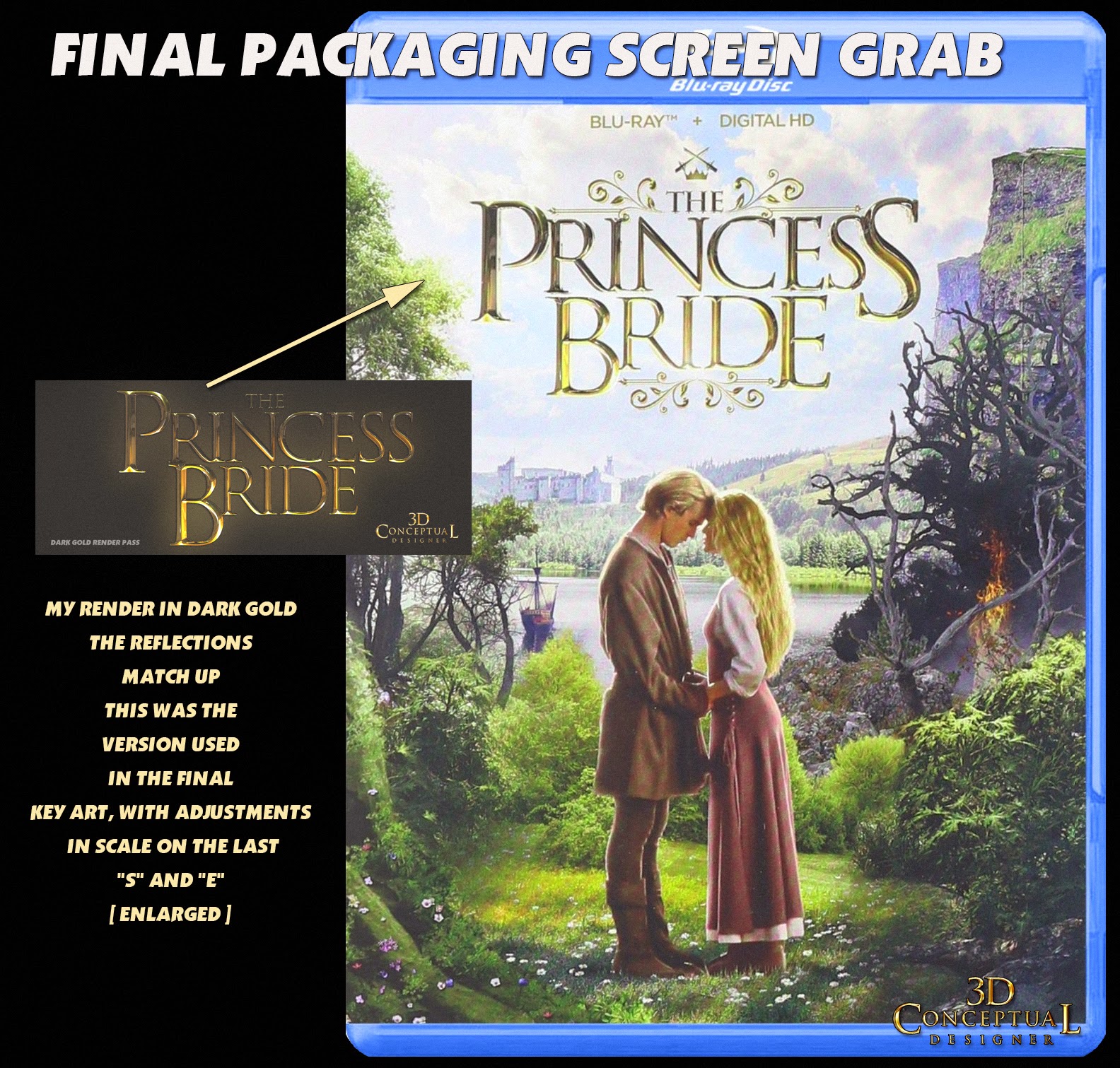 A view of the final Key Art for the Princess Bride on Blue Ray.


In Theatrical Print, there is always bleed over into Home Entertainment, to translate titles and Key Art into packaging for the DVD and Blue Ray Disc release, and today I cam covering a 3D Title I did last Fall for the anniversary edition of The Princess Bride.

I regularly do work for We are BOND, and have finished a few Theatrical 3D Logos for them[ X-Men 5:2014, The Legend of Hercules:2014, etc], so they asked me to create a 3D title in various metals for the new packages being created for the re-release on Blue-ray Disc last Christmas.

A fast one day job, rendering out titles in 3D for finish at 3K rez, while getting to hone in my material creation for the various finishes. I hand built the font as a Single Point Bevel explained in this first post, and step by step laid out here.

This is my second time I have worked on this property, as I also worked on the DVD menus a decade back as seen here at my prior employer, The Cimarron Group.