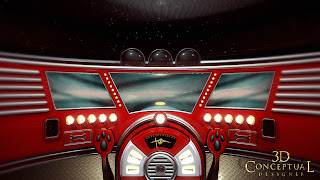 Here is the final Menu Screen done for GoodBoy[ 2003] re-released as a Blue-ray title. 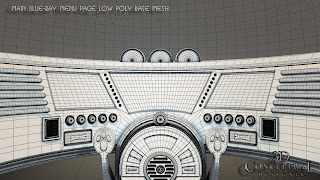 The base model had about 50% built out subdivision, with the rest as primitives for a quicker build and lower cost for the project. 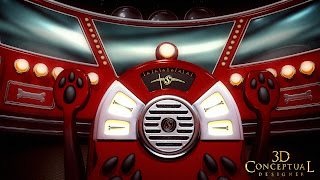 A close up move into the main controls with the camera lowered down a bit too. The Motion Graphics move was scrapped for budget reasons. 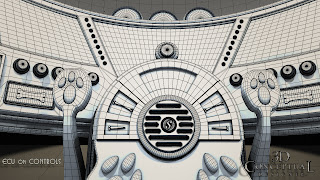 A Quad model shot of this Close up showing my build in 3DS Max. 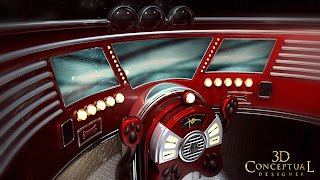 A 3/4 elevated shot shows the depth to the set in this flying saucer interior virtual set I created for the menus. 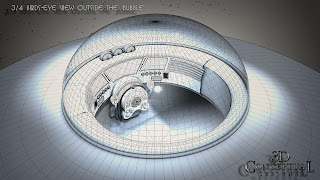 Here is a pulled back shot showing the geometry for the star-field[ DOF], as well as the mocked-up 360 interior for better reflections, but built fast without details as I focused that for front and center.


When I was in-house at The Cimarron Group, I assisted the AV Motion Graphics department in Home Entertainment, responsible for the animated menus you see on DVD's and Blue-Ray titles.

The studios regularly will re-release an older title and ask us to help out with original content for the menu.

I had worked on a dozen of these for Brian, and this post is covering the Menu I built out for Good Boy, a film about a dog from outer space, so I had to recreate the ship dashboard from the film.

With my background in set design, I build what we see first, and mock-up the rest until needed, so for the saucer, I created a full 360 interior at a lower level of detail for the relections and lighting to read accurate, but without the many details as it is not needed as we were not animating a camera move on this menu.

A fun project as always, as I love to do 3D Illustrations to add to any clients project key art.