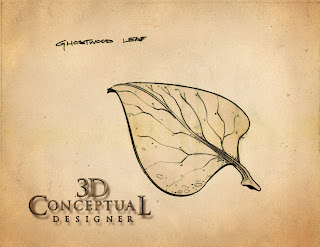 The Ghost wood leaf was seen in about 20% of the series as this was the symbol for nature taking over the ultra-modern futuristic city from the ground up. It also represented the Phantom himself and he is from the Jungle, so the Leaf and the Ghost wood itself is seen here, in my prior posting. 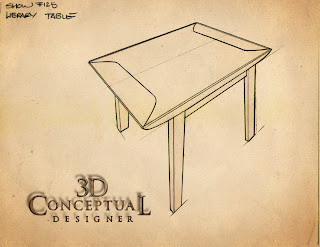 A futuristic square Library Table that is thrown by a B.I.O.T.'s in the show. 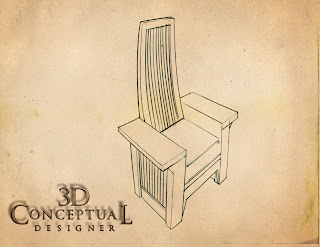 THis semi-=Mission styled chair was used in this scene here. 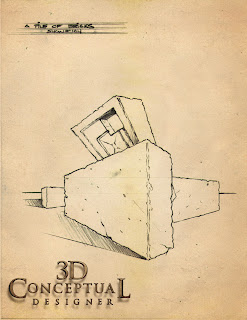 Here are a few 'tall-n-thin' bricks as props. These are from the Phantoms lair as you can see a Frank Lloyd Wright inspired Textile block in there too from the cave.

Today in my 121st Phantom 2040 posting, I am posting a few added props I designed for the series.

I had a very unique position as the head Concept Artist, and as the shows Art Director, so I had a very free design process in that I approved my own designs for myself quite fast, so all I was left with was two reviews, one internal in LA, and one from the folks in NYC.

This allowed me to complete a huge amount of work in a short time span and since we had a very low budget this was a lifesaver to get a good look for the show.

Today I showcase a few added props, some may look familiar as they are found in various backgrounds and other props I have designed and posted in the series.