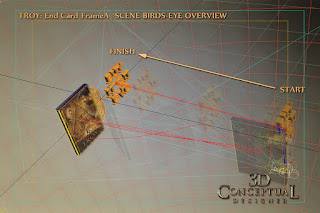 A Birds-Eye overview shot of this animated 3D End Card I did for the TV spots for the release of Troy on DVD back in 2004. 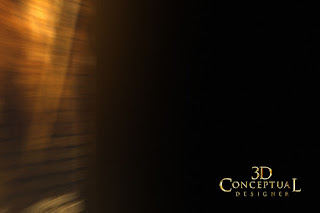 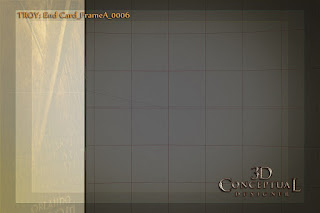 This ambient wireframe render shows the Sphere background reflection object that is hidden to camera. 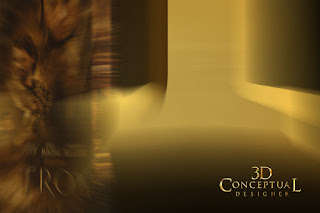 The DVD case gimbals into frame while the type is a straight slam as seen in this frame coming into safe frame. 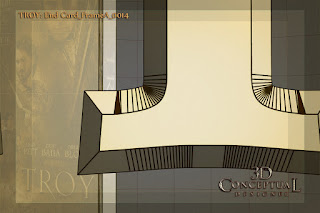 The type slamming into frame. 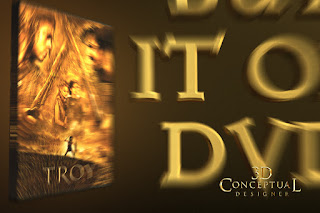 As the 3D objects slow down the blur reduces. 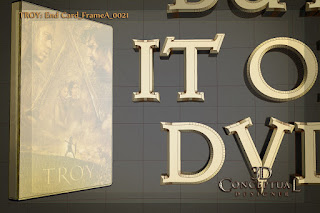 The Type and Case[ with linked DVD's inside] shown in a wireframe overlay render. 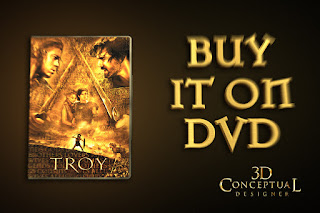 By just one second into the spot, the 3D type and DVD case are both in action safe and the last of the 3D Motion-Blur is fading. 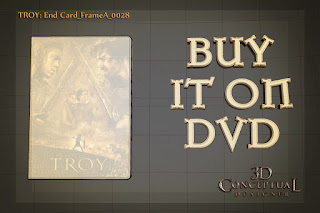 The seating in wireframe. 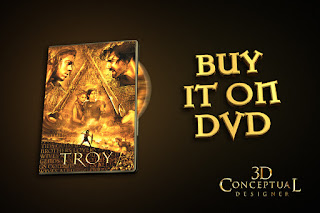 Camera lowers and moves a bit to the right once the objects seat as the DVD discs inside come out in a one-two beat. 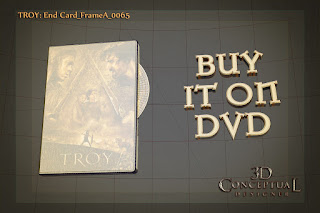 DVD disc one peeking out. 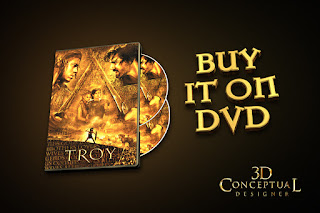 Both of the DVD's are now animated out of the virtual DVD case. 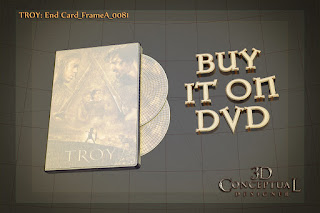 Client: Warner Brothers via The Cimarron Group.
Art Direction: Myself.
Project Date: May 2004.

I do thousands of 3D logos, mostly designed for Theatrical Film posters, but I do get to work on Motion Graphics frames as well, and back in 04', while still in-house @ The Cimarron Group running the 3D Design Dept, I was asked to create the 3D title cards for the Troy to DVD work going on in Home Entertainment division.

I was familiar with the property, as I had hand built the type for the trailers while still over at BLT Communications the year prior, so I was asked to create these 3D Type Cars as well as the animated DVD case wit the discs to animate out.

At the time I had not perfected my Single Point Bevel technique which I would now use for a property like this, especially since they used Trajan Pro for the title and I have built this out twice, so I did a flat-topped basic bevel for the type.

I used Cebas' Final Render Plug In renderer with the 3D Motion Blur which worked great. A quick set up and once I made the case, I've re-purposed it a dozen plus times with new artwork for the various Home Entertainment work I did during my stay there.

I did work for print as well that I will showcase in another post in the future.