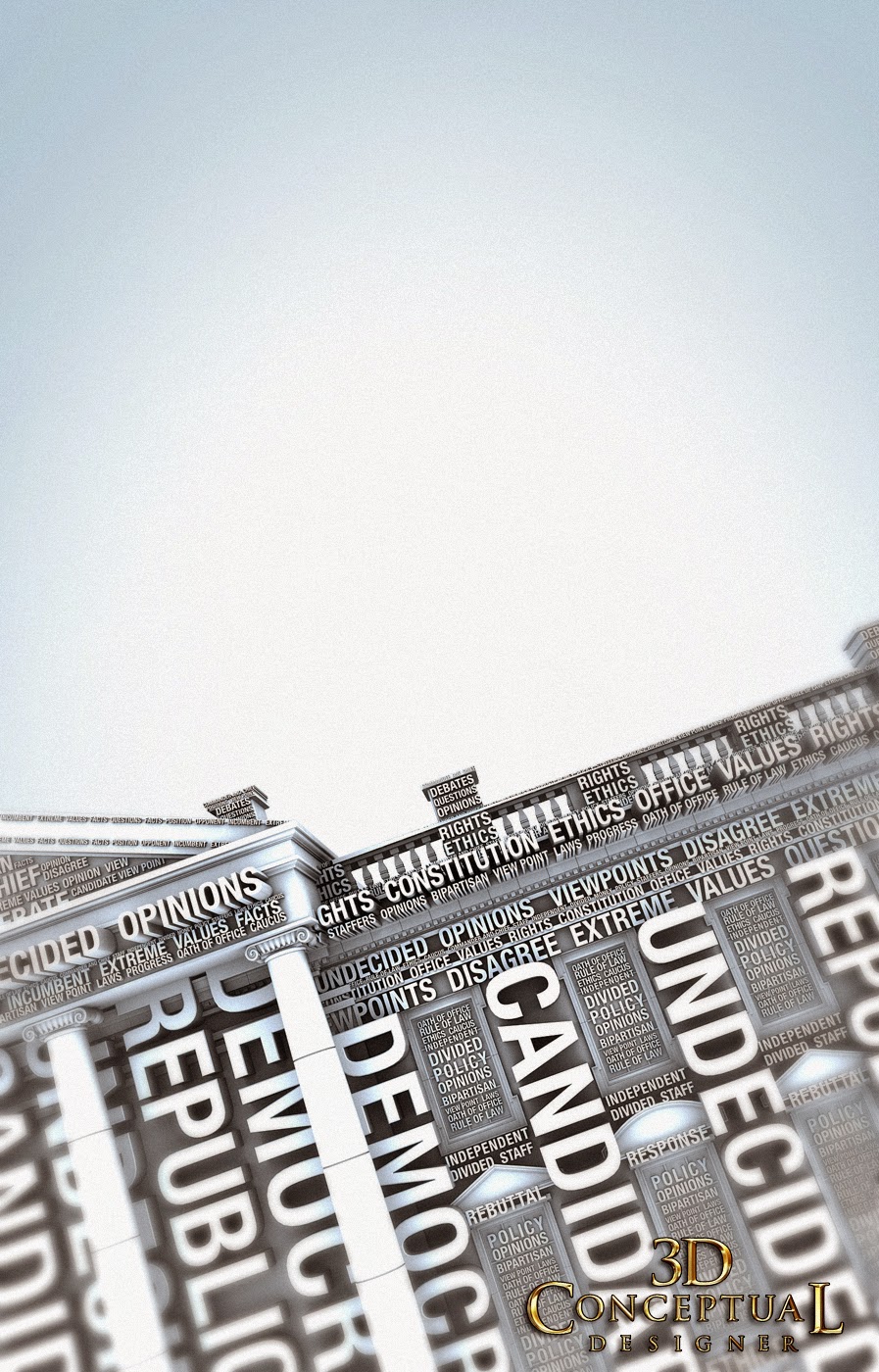 The delivered final shot for view "A" of the White House built from all 3D extruded type for the 2012 Election coverage on CNN. 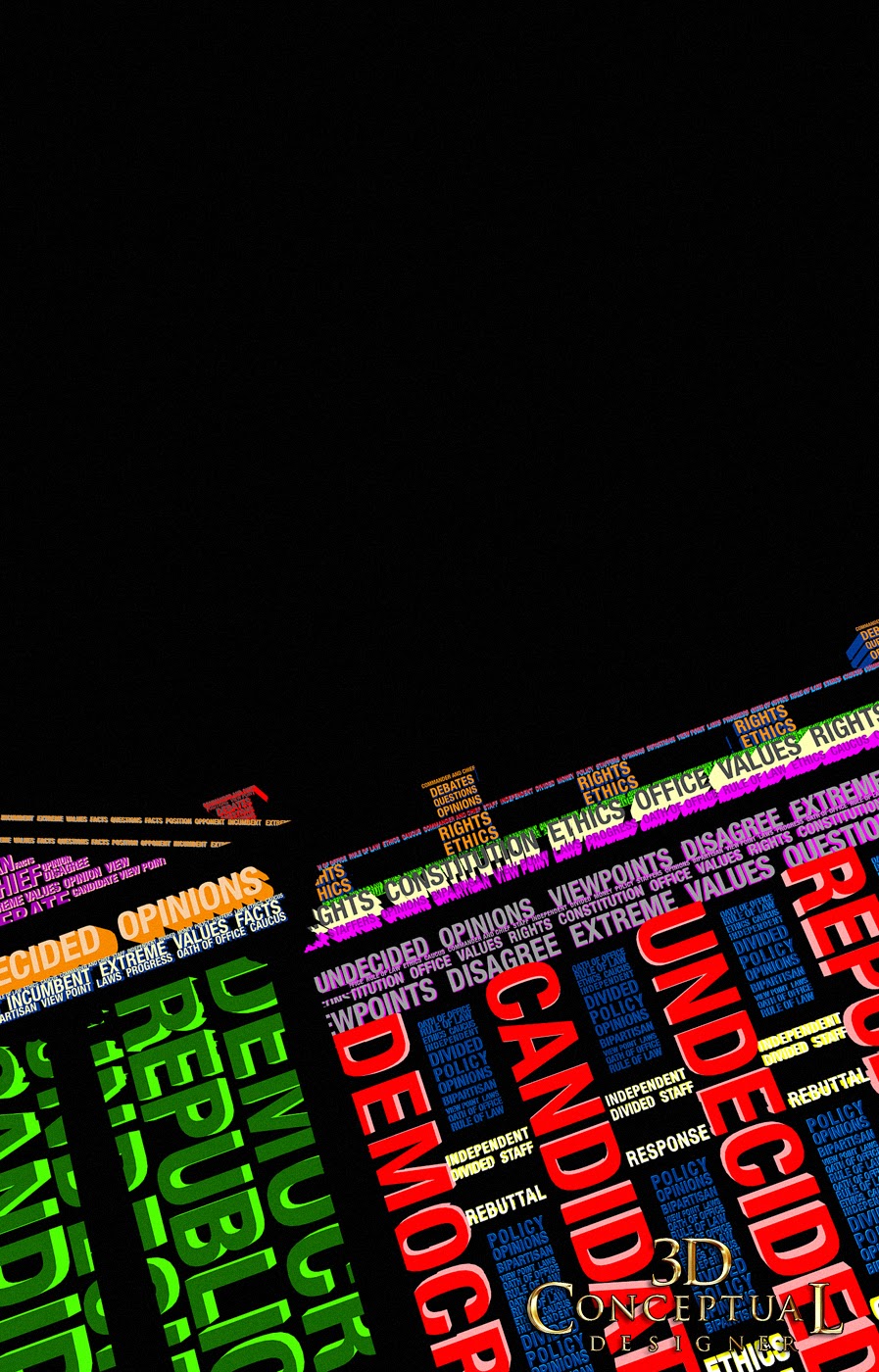 I was asked to create a Channel to isolate the 3D extruded type for post adjustments so I also provided a Color-picker layer. 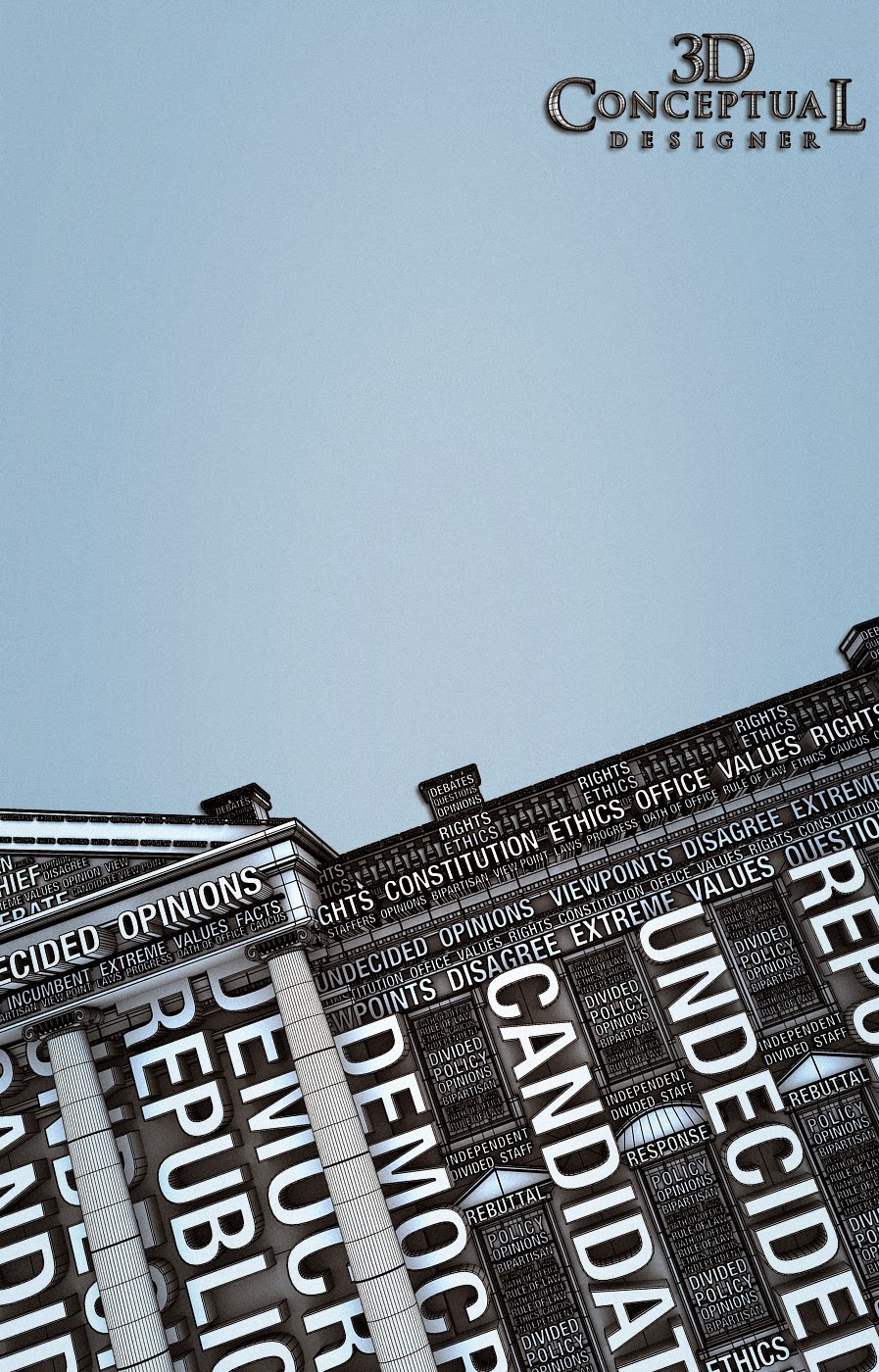 Here is the wireframe shot showing the build itself. 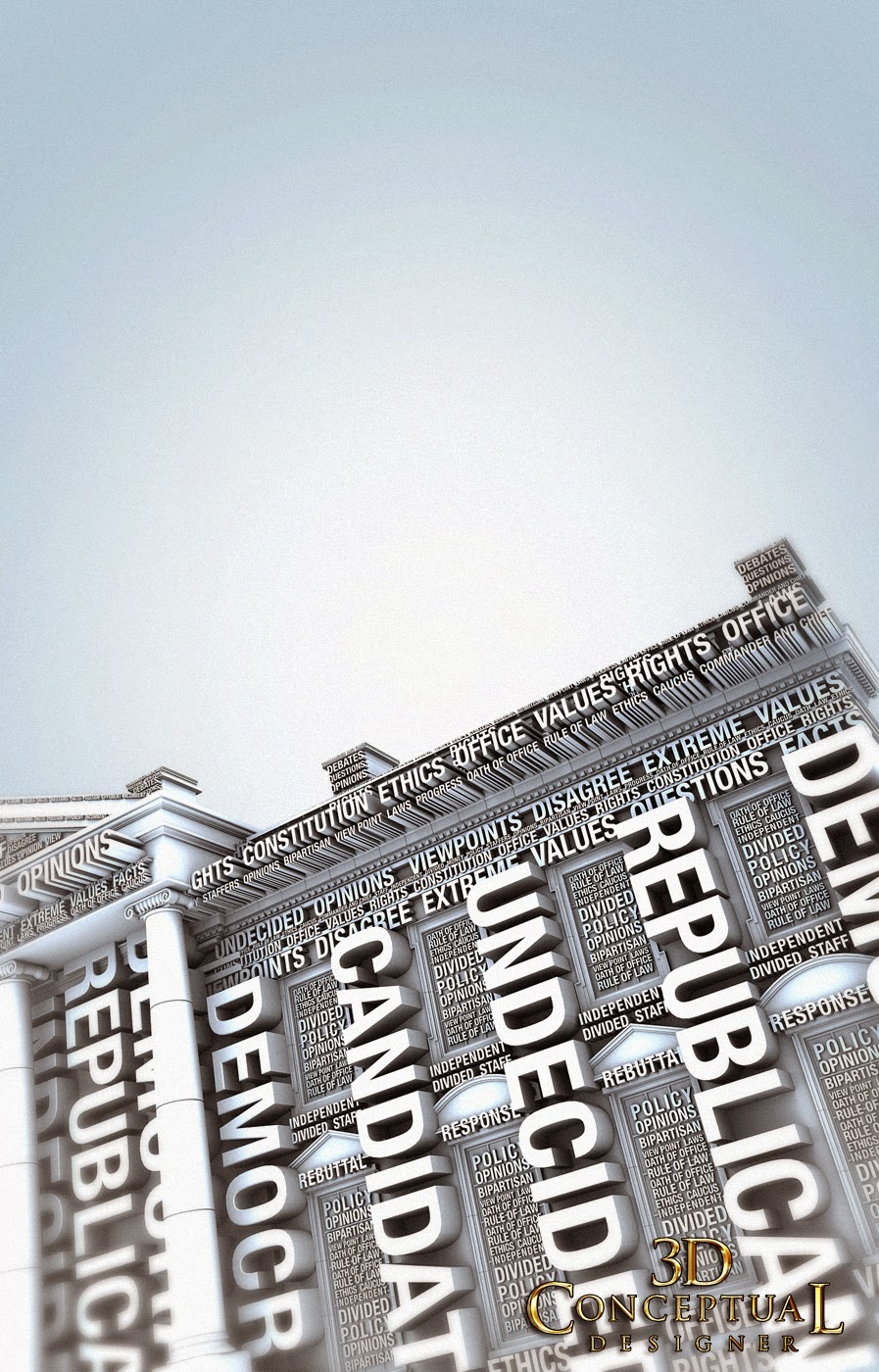 The second shot was a bit lower of an angle on the same asset, that showcased the deepness of the top edge of the structure and various levels of type. 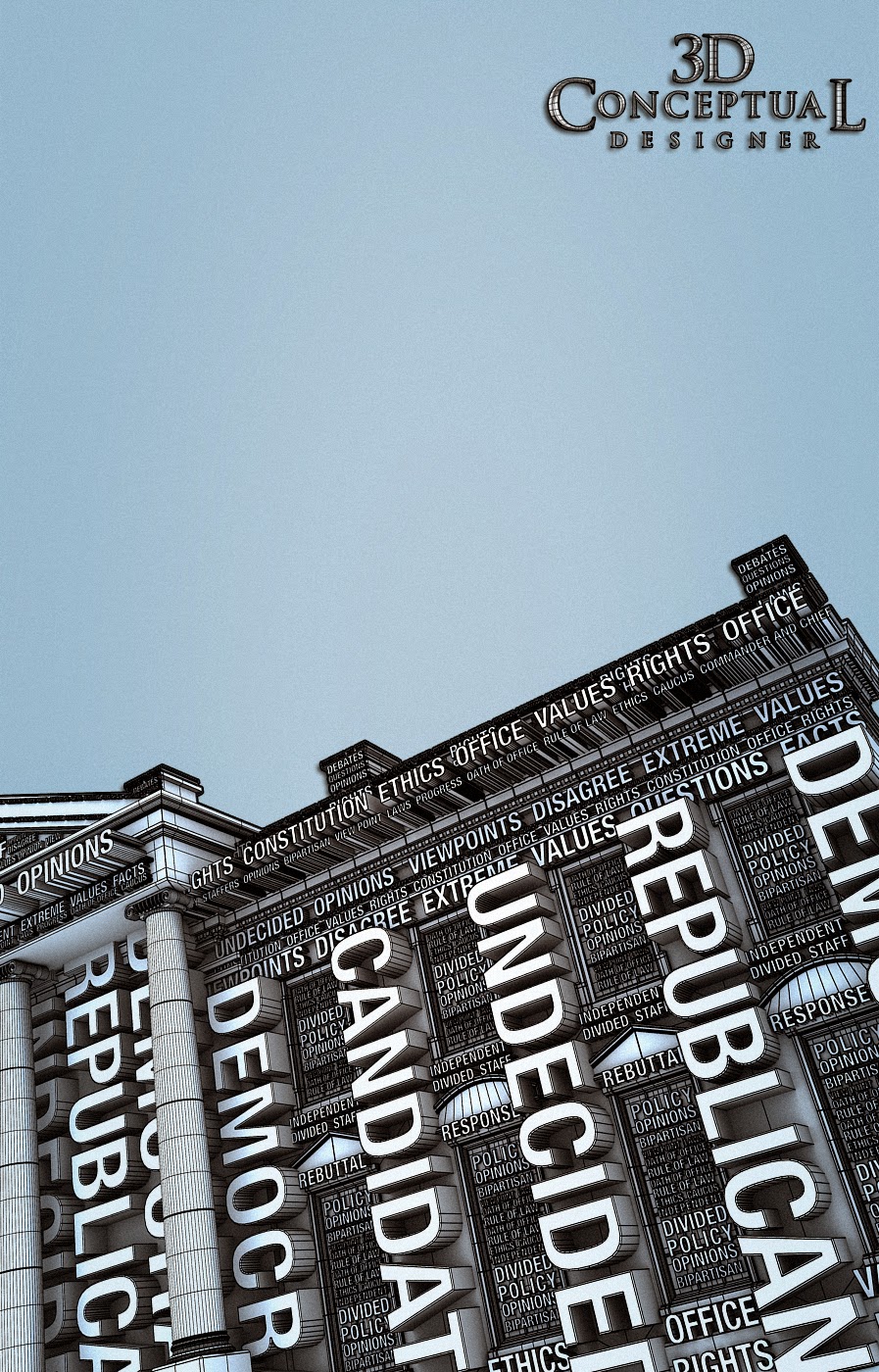 Here is the wireframe Ambient overlay image of shot "B" above. 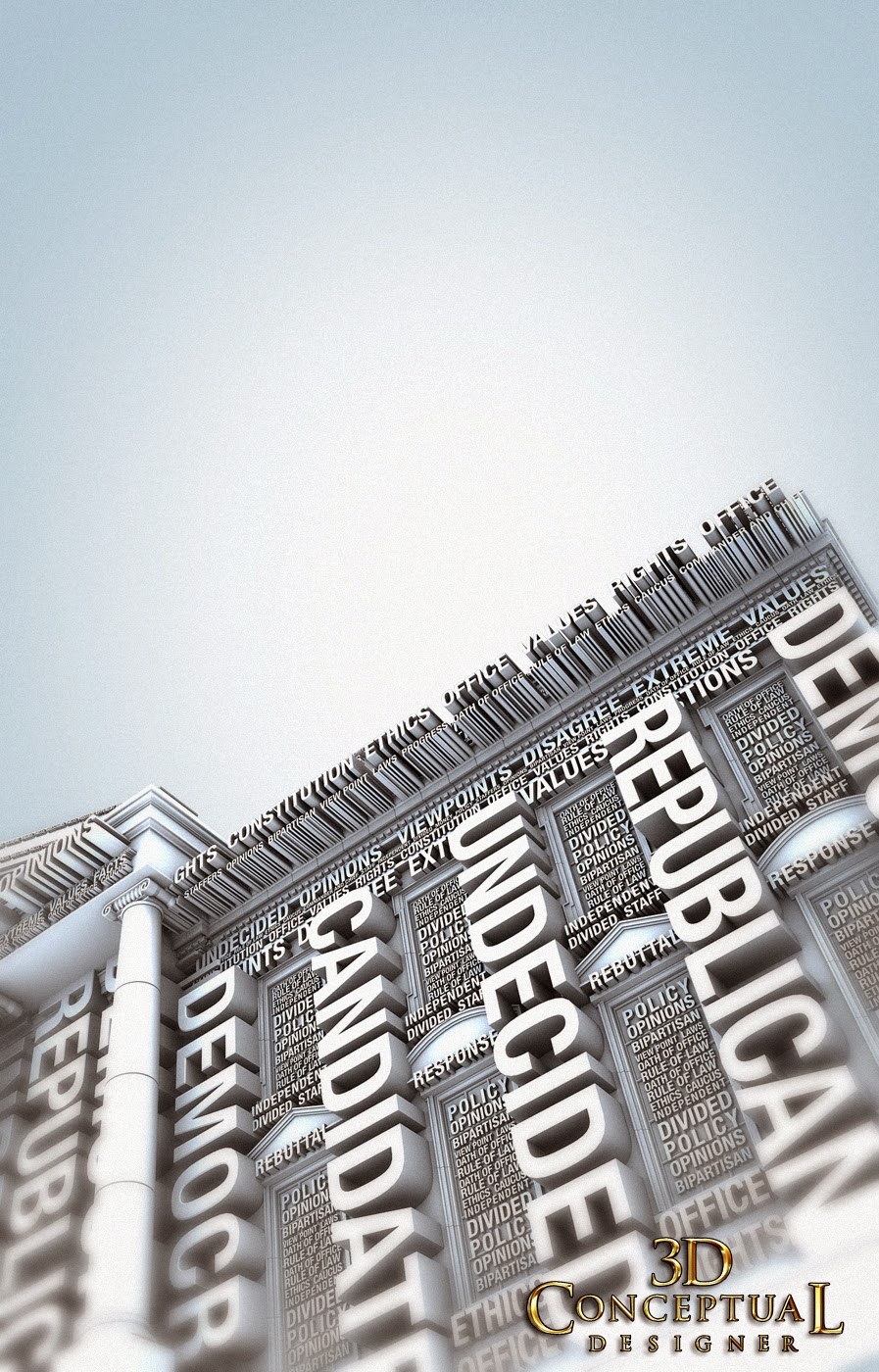 The final angle was very low, so low in fact we see under the structure a bit as the camera is subterranean. The blur and post effect hid this. 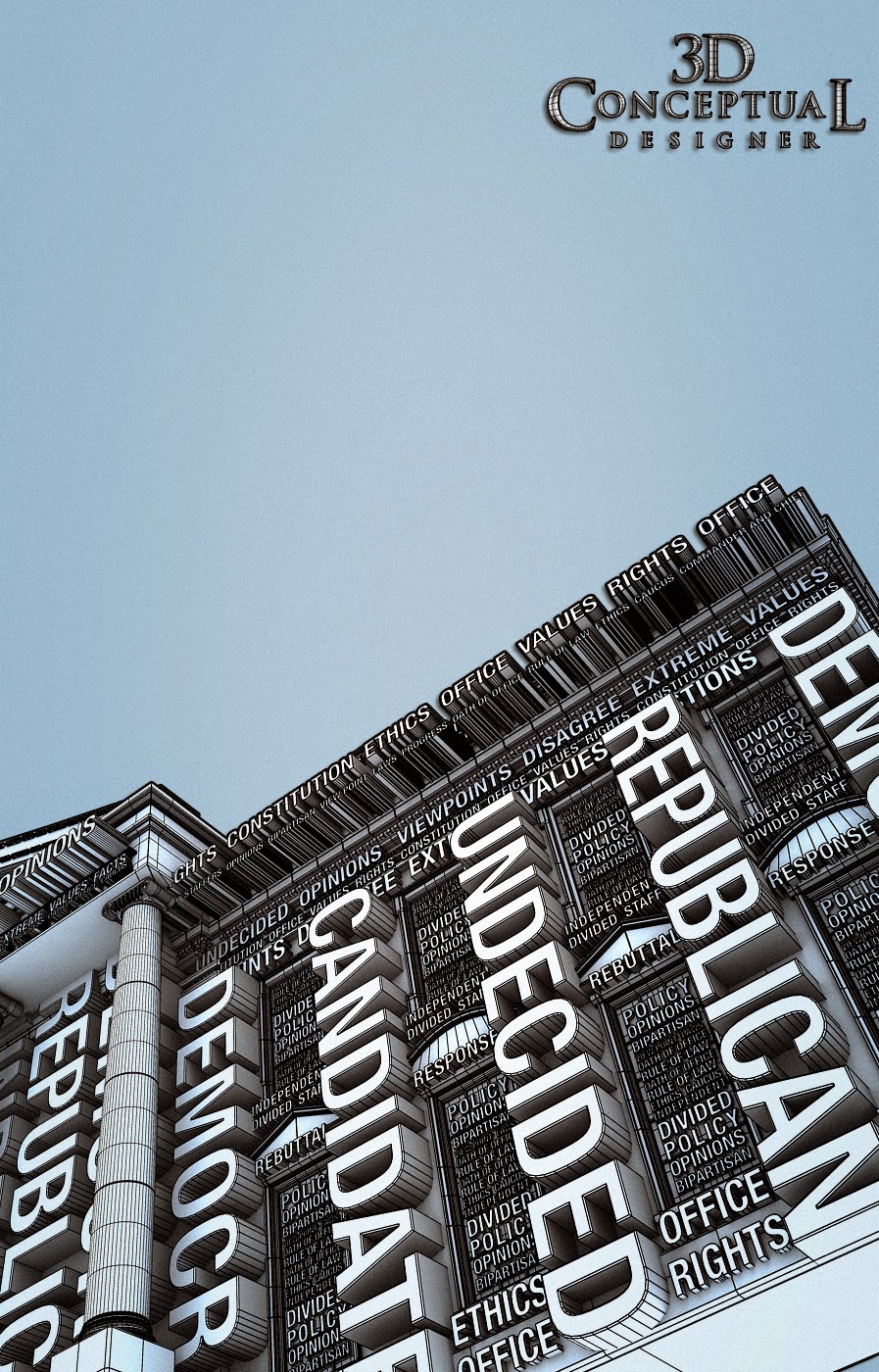 The wireframe Poly render of this ultra Low angle shot of the 3D Type extrusion for this CNN Key Art. 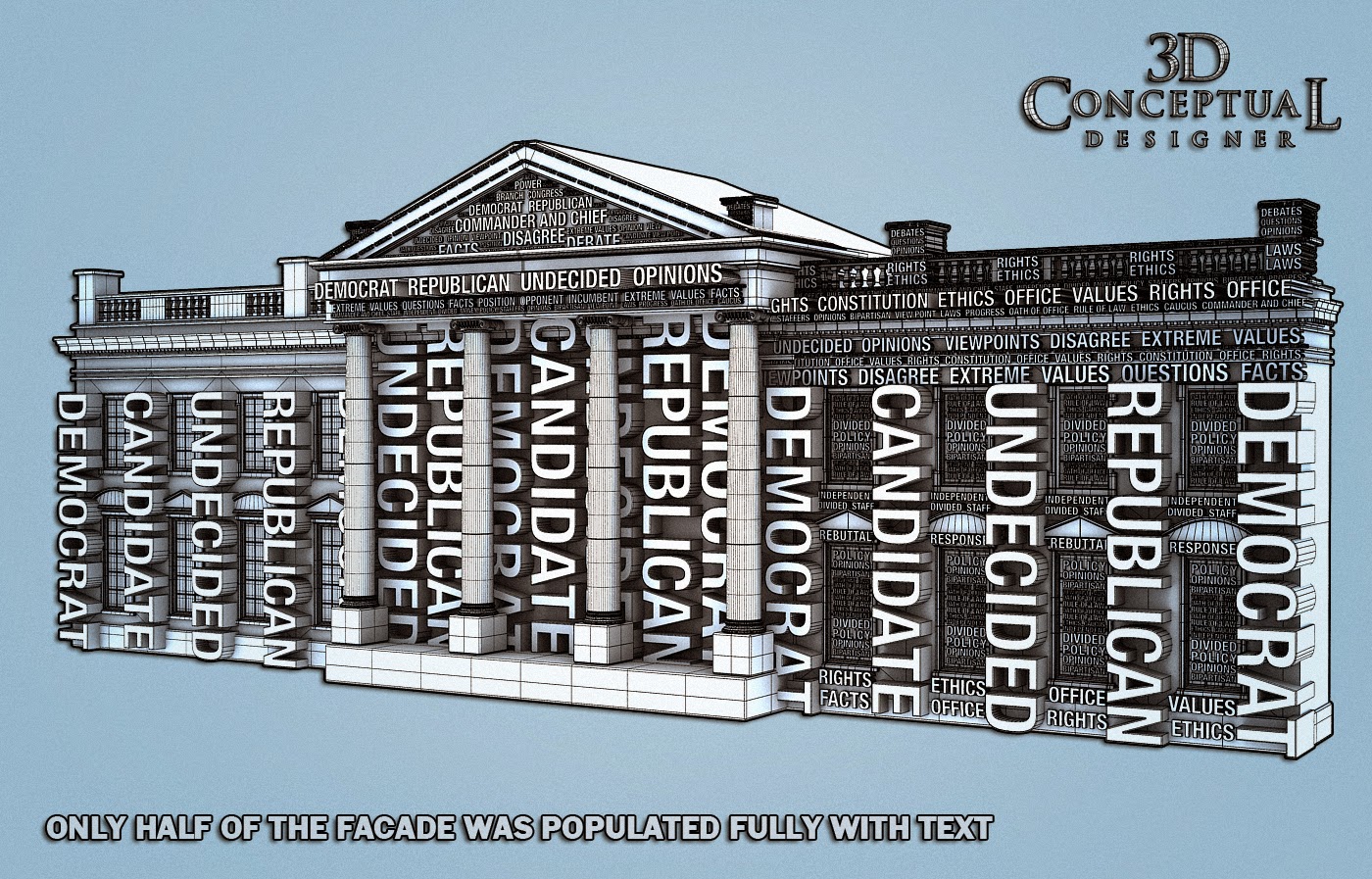 In this pulled back Poly render you can see I detailed out just one side, since we were not going to see the other one. Build just what you see to save time and budget. 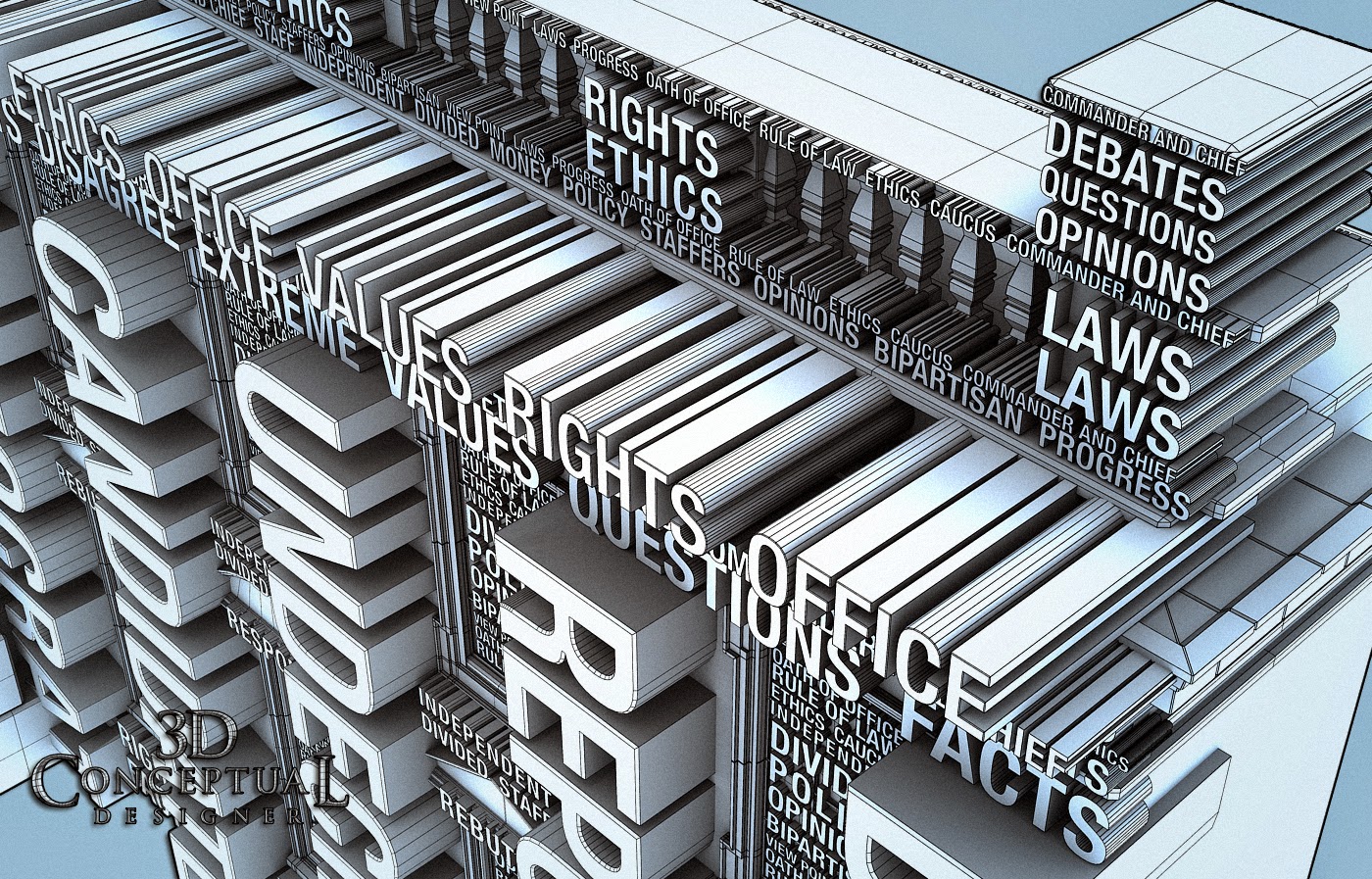 A close up view of the upper roof edge and banister. 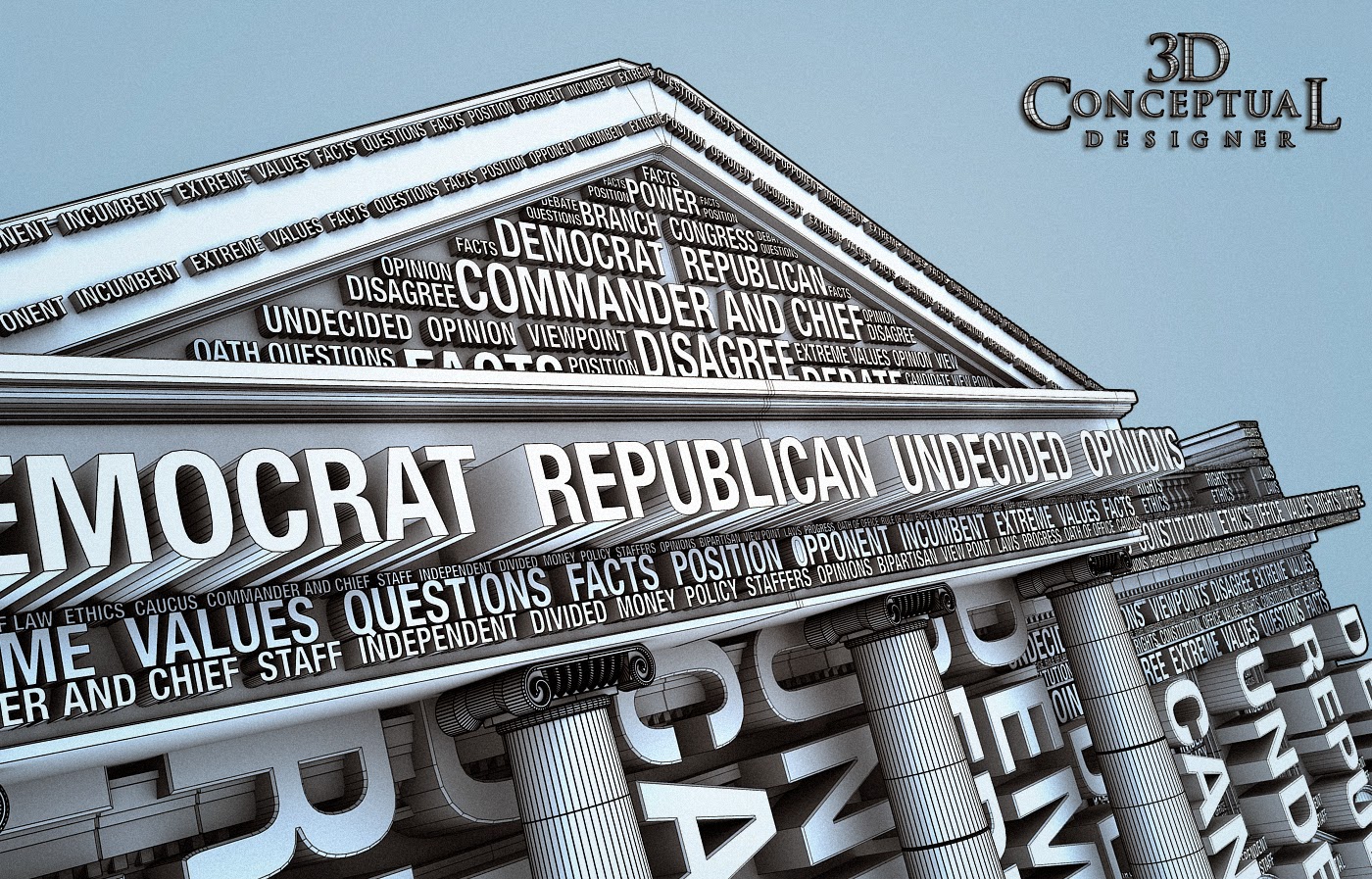 A close up shot on the center top type area that was not showcased, though laid out just in case.


I regularly do 3D illustration work for the Theatrical Agency out in Venice, CA. Cold Open, and they contacted me to create some Key Art graphics for a CNN Debate campaign back in the Summer of 2012, so today I cover this work with a bit of behind the Art.

I had previously done an all 3D extruded type concept for the film, The Art of Rap prior to this, so that was the starting point.

For this concept I was tasked to build the facade of the White House out of various sized type lines to create the building as if the blocks themselves were the extruded type forms.

The look was a white on white, and that has been popular for a while now. I added some depth of field and delivered the shots.

A fun short, less than a day project to work on.


Cheers, THOM
Posted by 3Dconceptualdesigner at 9:51 AM