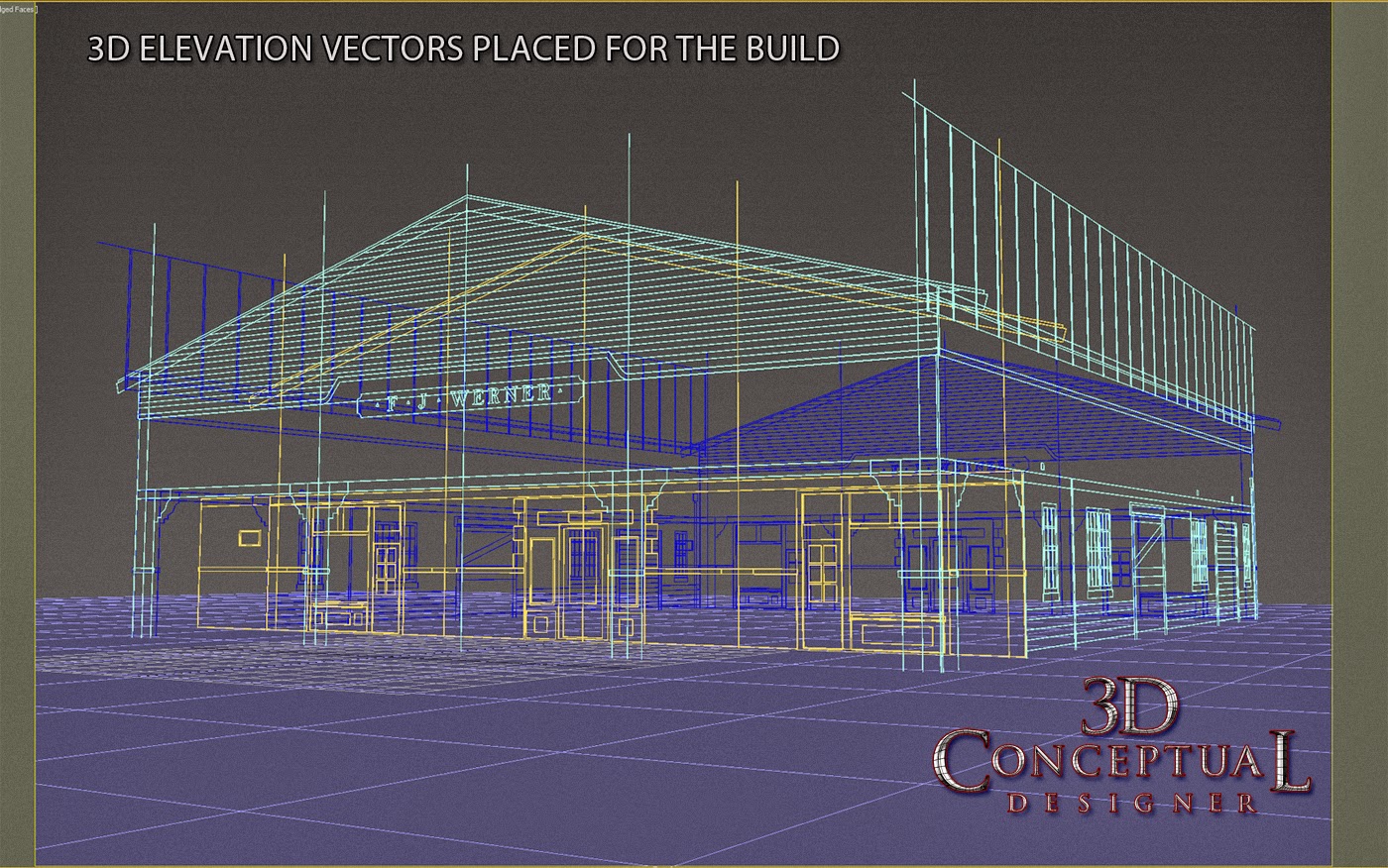 Here is the first set-up for this Architectural Exterior render with all the elevations built to scale and placed in 3D ready to build out. 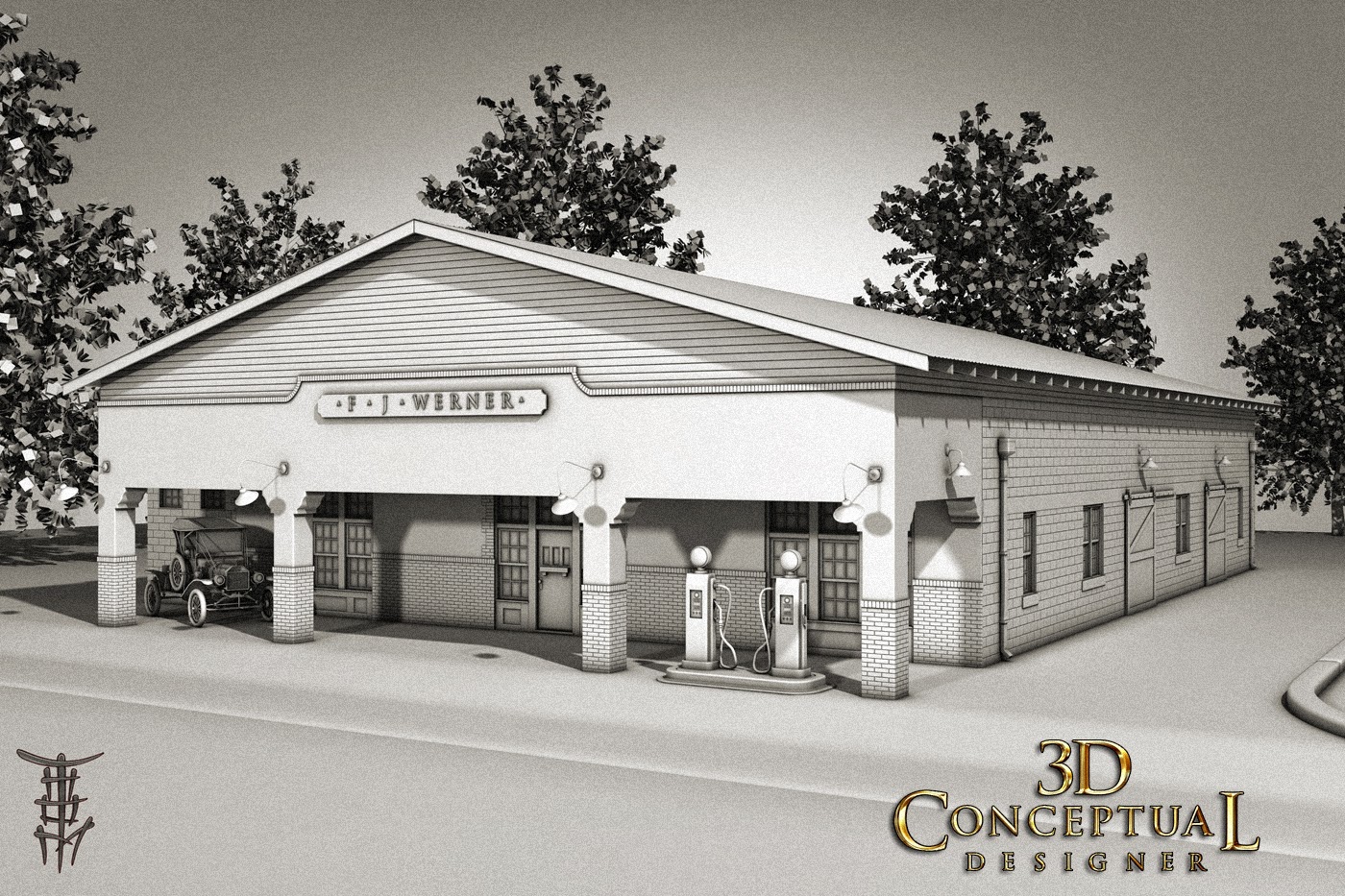 The Ambient rendered version of the final design. I love old architecture specifically from this time period so I had a grand time making all the various parts, and reused a few items I had built out f prior as well. 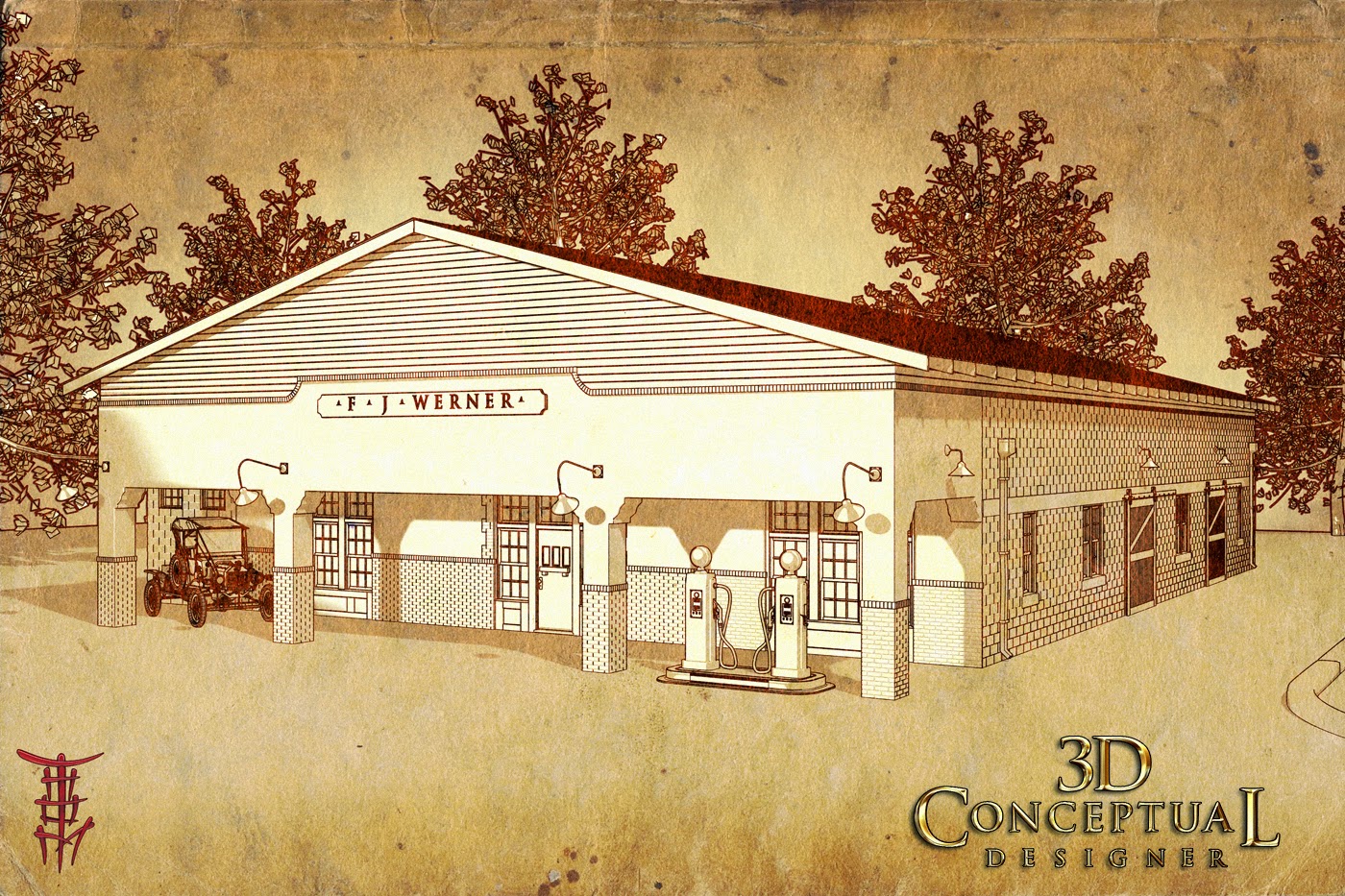 The final-toon Toon-Shader Illustration render is my favorite with aged parchment paper as the background and my Sumi stamp signature in the lower Left Corner. 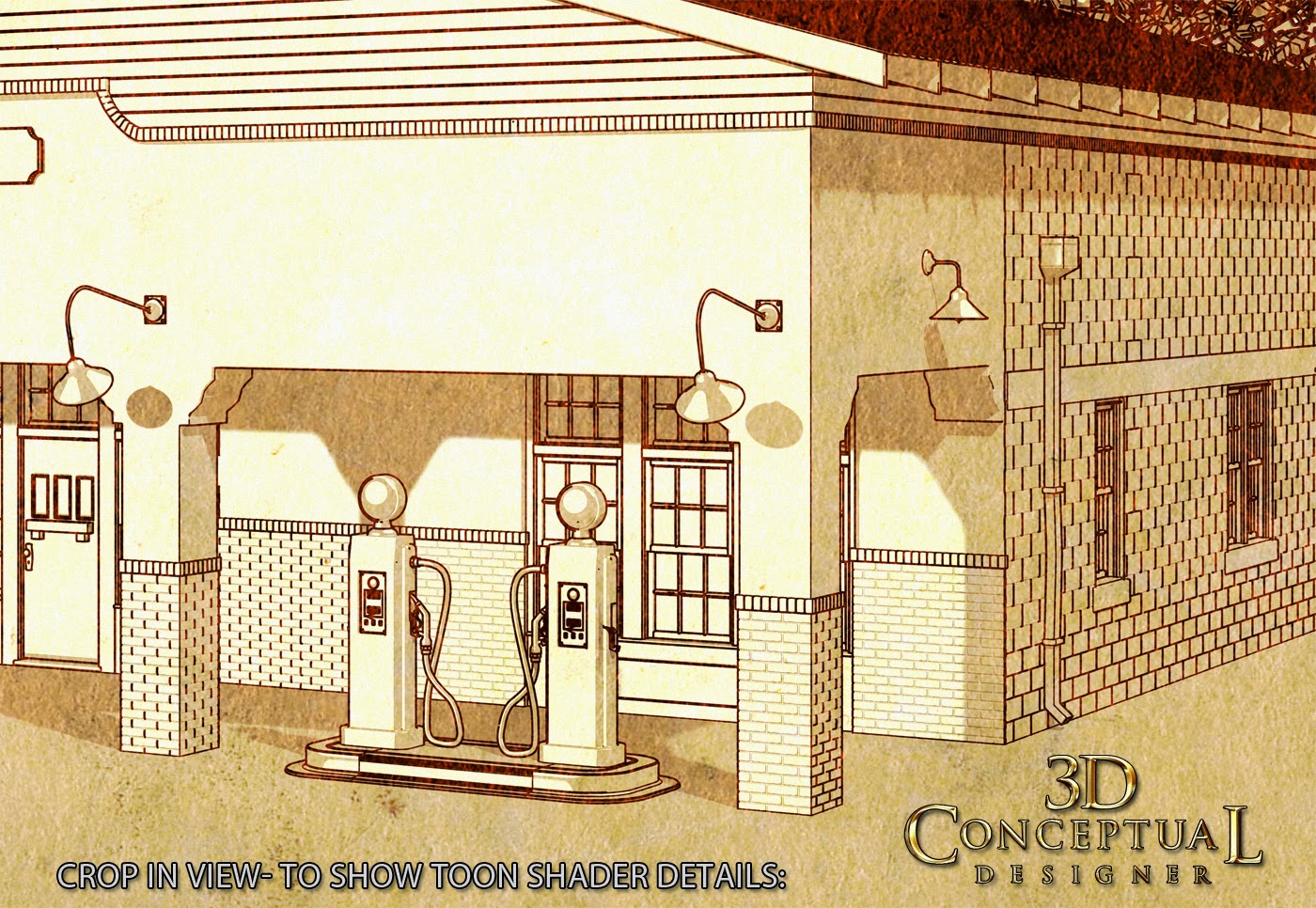 A close up shows how the modeled bricks render with the toon shader. 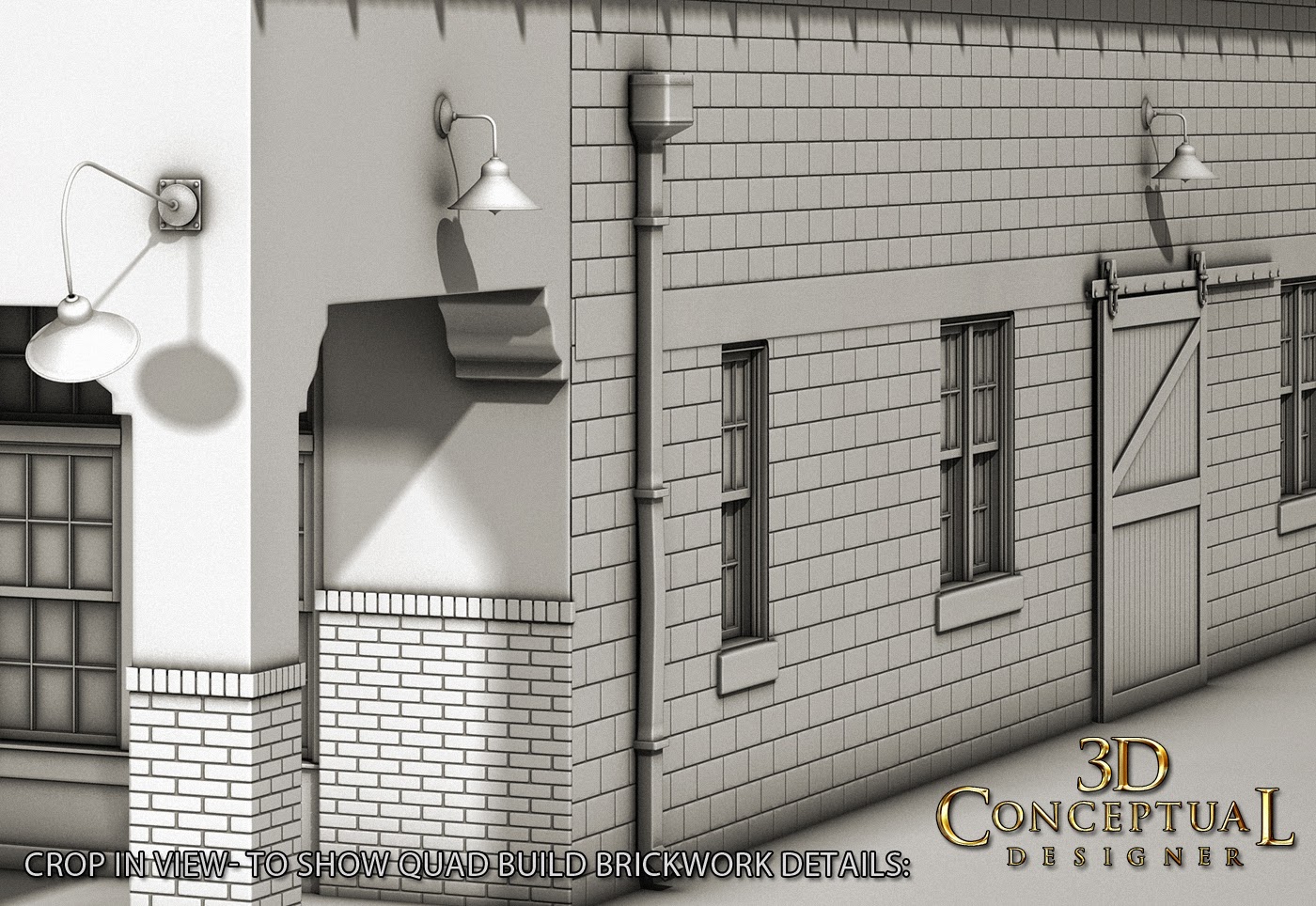 Here are the cinder blocks and brick in the ambient and the dirt shader finds those cracks and enhances them very well. 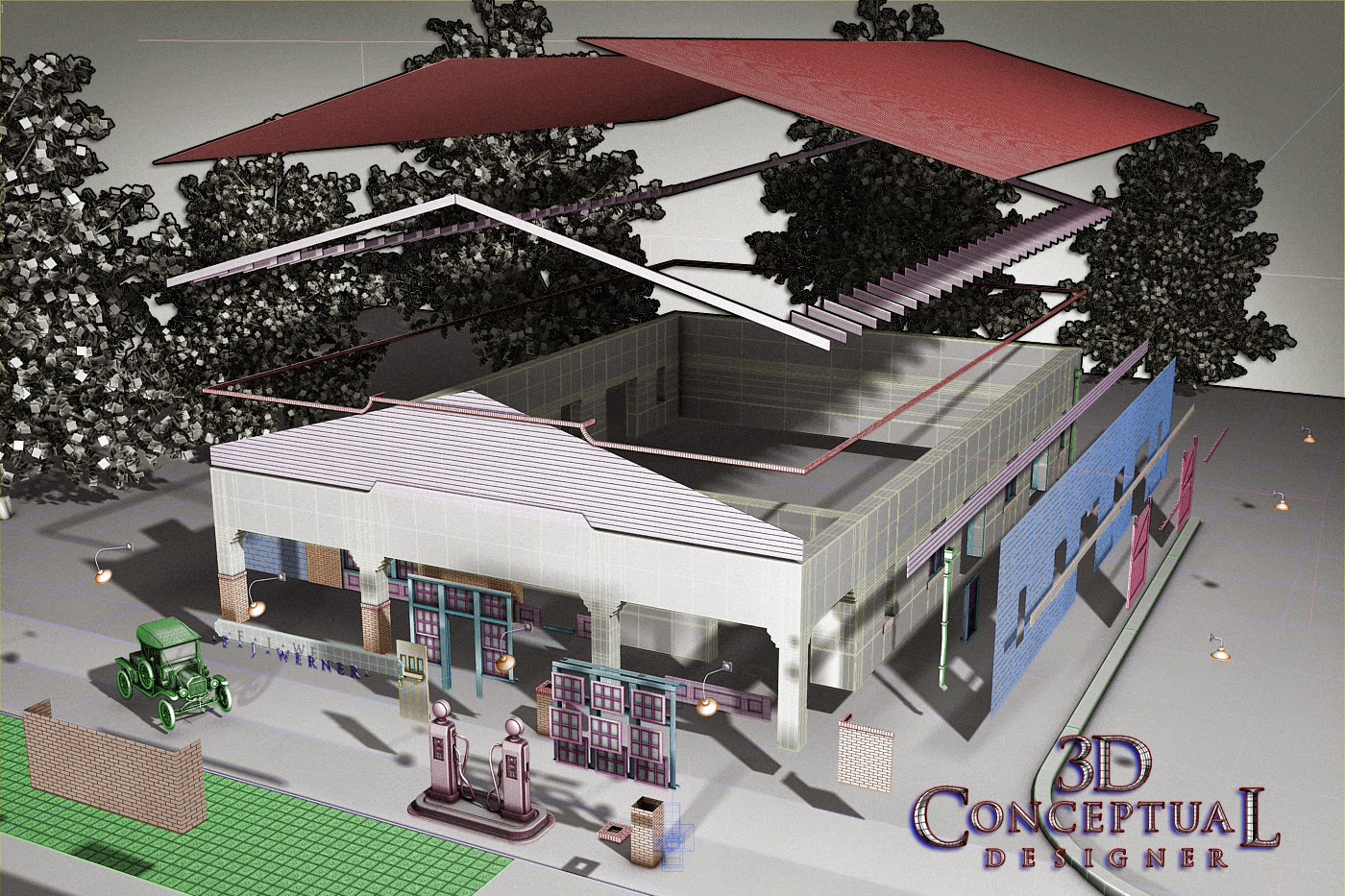 A Exploded view shows the basic parts and build for the image, grouped and named for easy finding and adjusting a workflow tool I've used since my Disney daze. 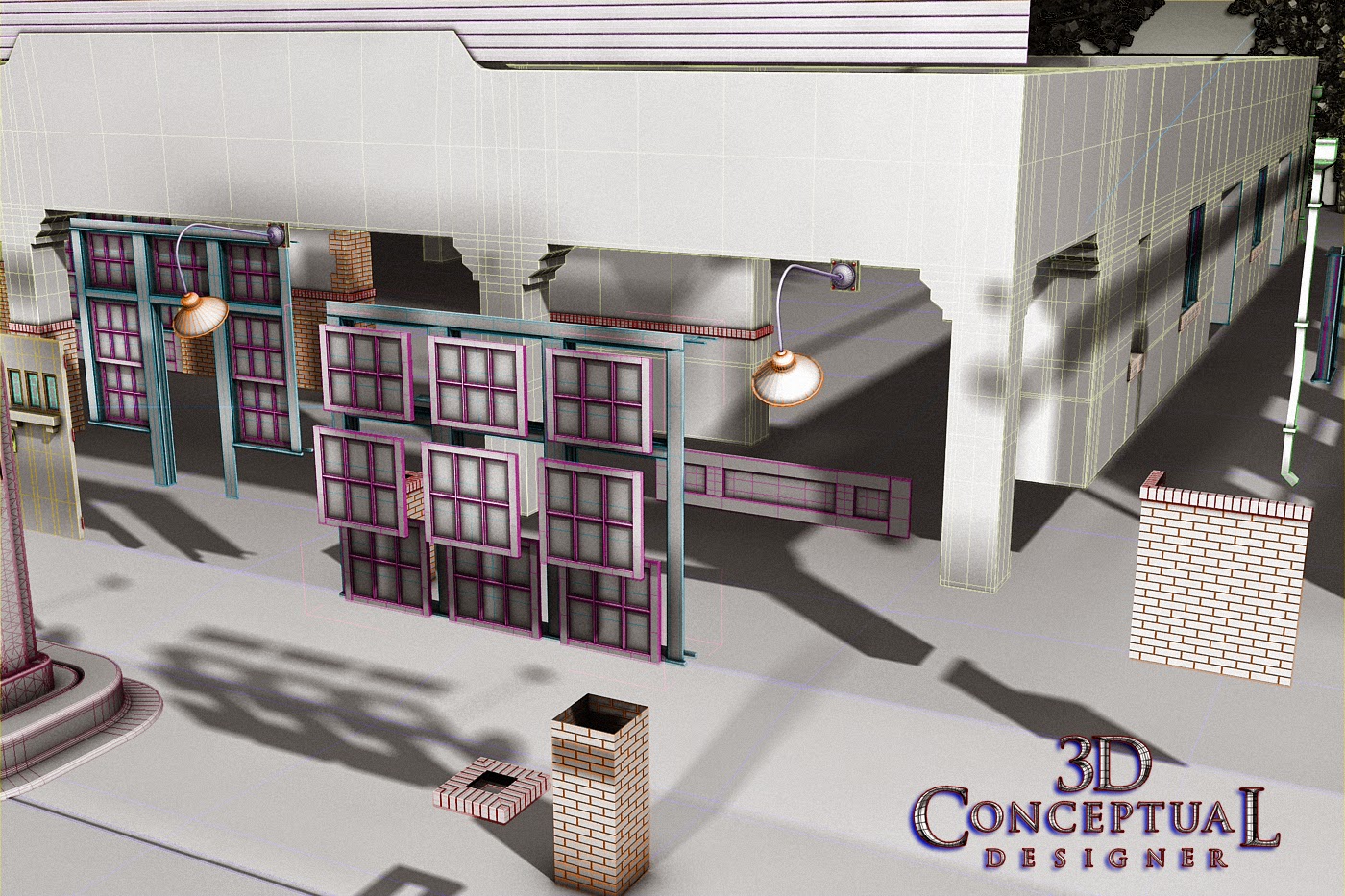 A close shot on the exploded view with trim and door and window details. 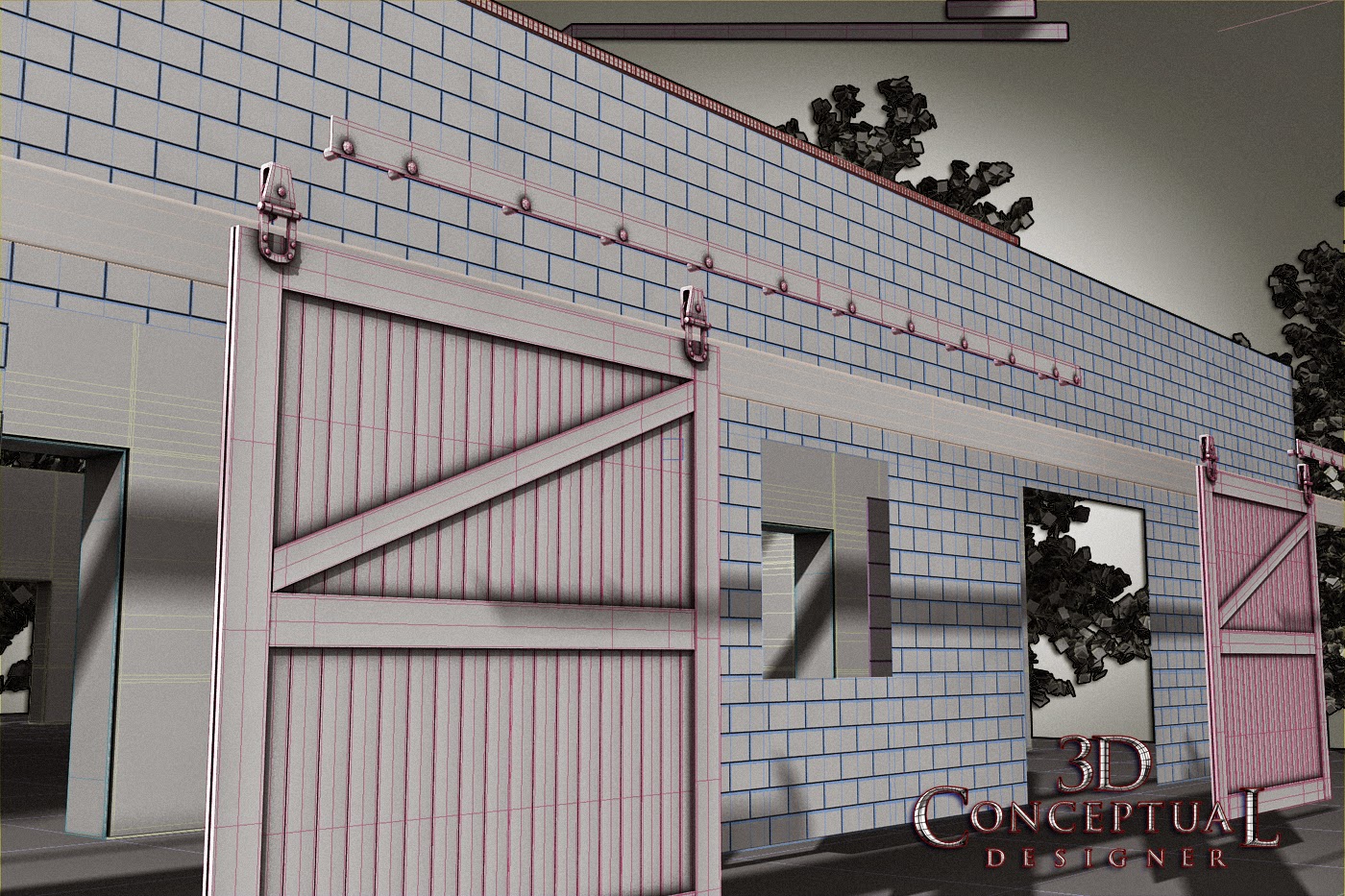 A view of the side with barn doors re-purposed from this. 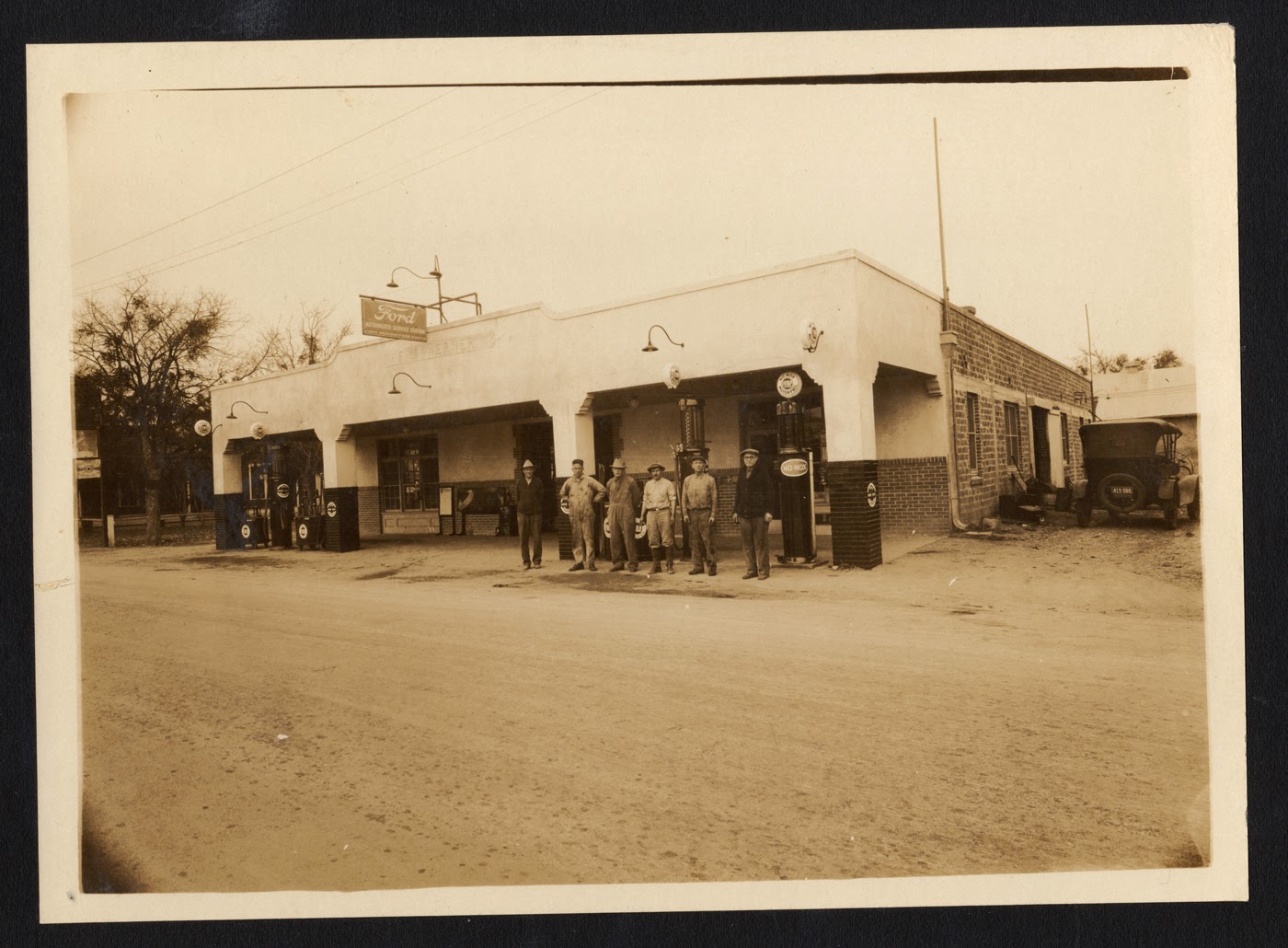 A vintage photo of the building when it was still a Ford Dealer and repair.


Late last year I was asked to help create an architectural rendering for a proposed Building renovation, that would also be printed up as a poster. The client is an old friend from High School out in Texas now, working in the Solar Industry, and as a fellow Ford Motor Company Fan, he purchased the very first Ford Dealer in Texas and is renovating it for his Solar Company.

So, I got the photos and basic dimensions and the direction that Don wanted to go on,  and proceeded to build it out in 3D. As with most Architectural and Furniture work I build a vector file of the elevations to scale before I go full dimensional as shown above.

Once I had that done, I stated building out all the various components in 3D, all as Quad Subdivision surfaces for better detailing. I do not map bricks, I build them, gives me more control with lighting and shaders.So, once it was all finished up we did a few revision rounds and added in lighting and some foliage as well as the vintage Ford and Gas Pumps out front.

A super fun little project that was eventually rendered out big at 9000 pixels wide for a full sized 20" x 30" poster in the Toon shader look. I even redid my signature in 3D for this as well,and a semester of Sumi Painting at ACCD heavily influenced my Japanese character'esue vertical reading name ID.

A d super fun project for me to be apart of.

Posted by 3Dconceptualdesigner at 3:59 PM