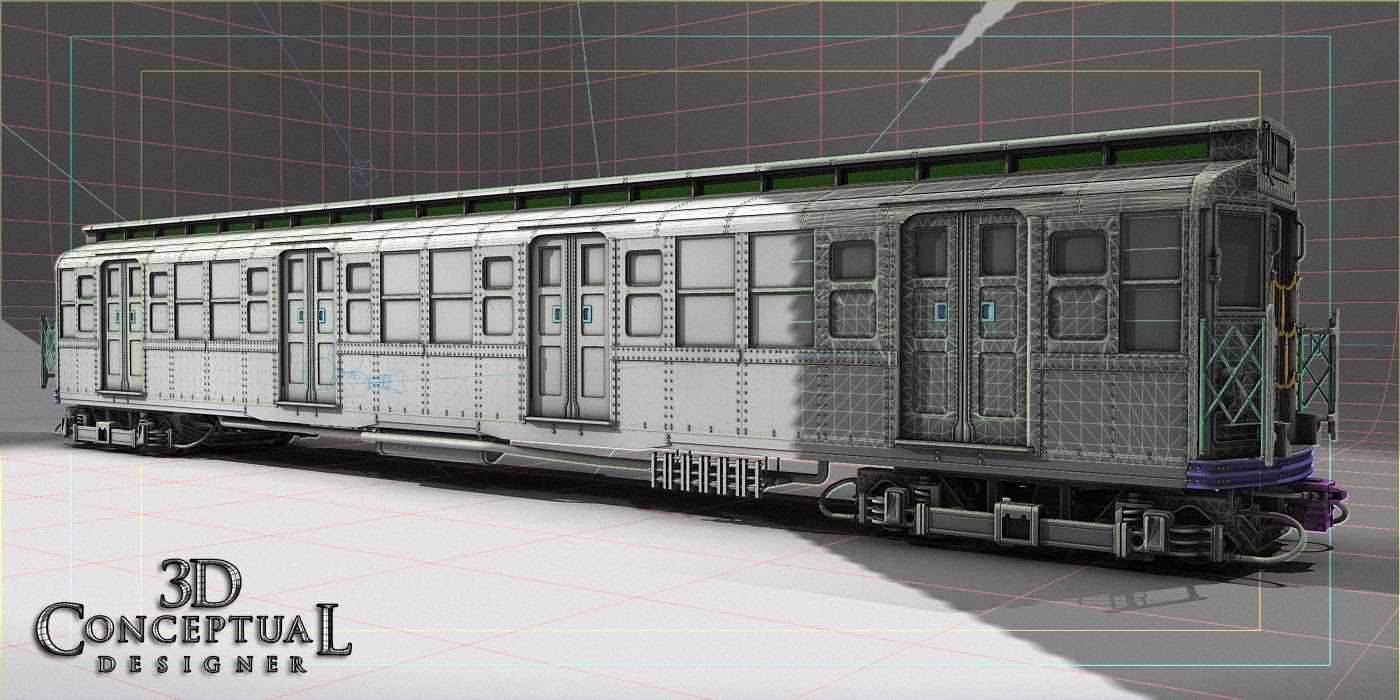 I built out this turn of the century train car typical on the East Coast for online stock 3D model sales almost a decade back now. 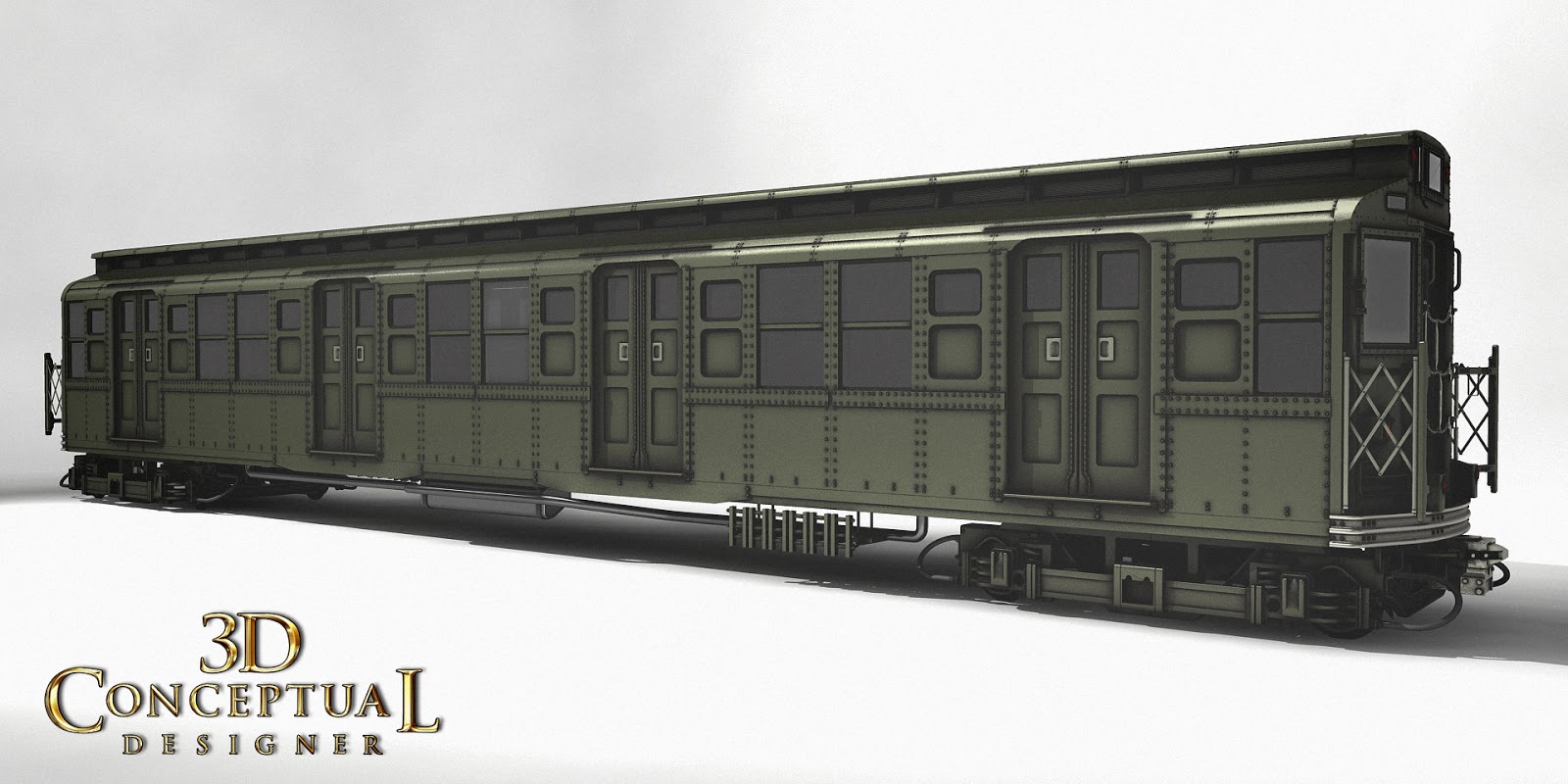 A rendered version of the traincar at 2.5 Million faces this is a detailed exterior 3D asset 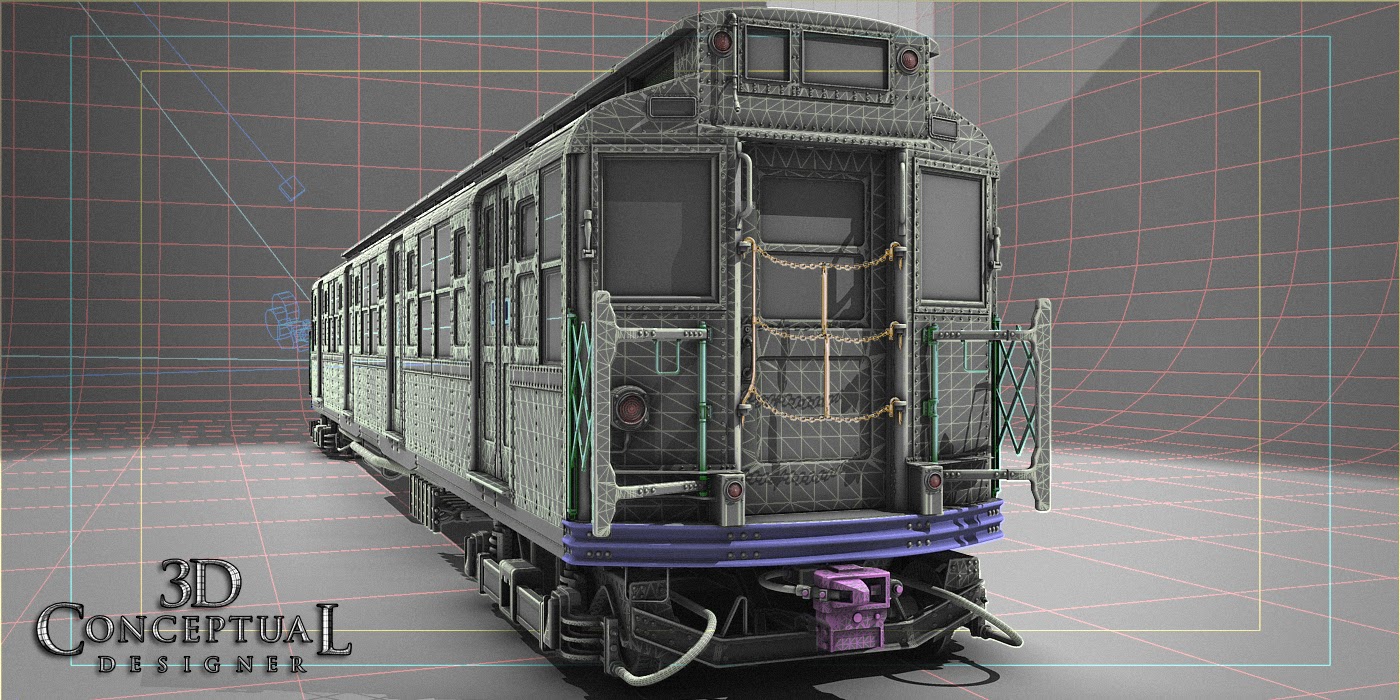 I built out the ends with great detail for virtual photo shoot use. 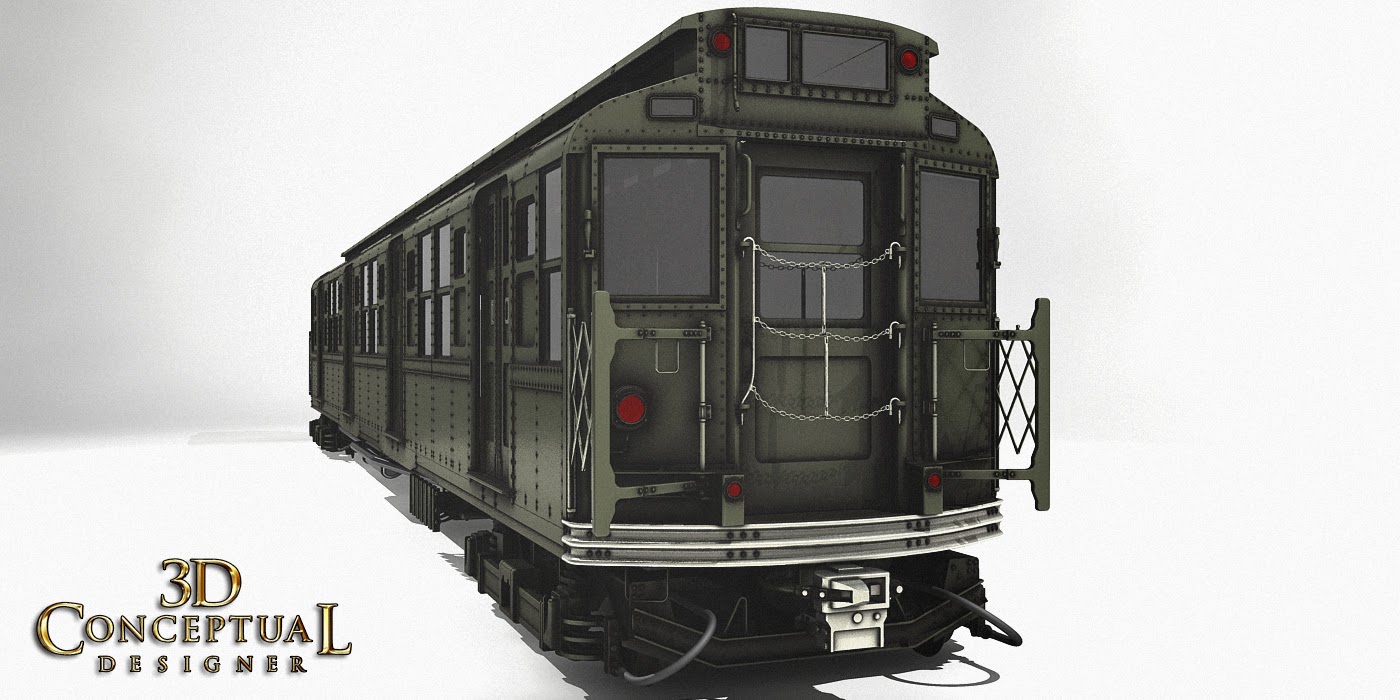 The rendering of the Subway Train shows all the 1000's of rivets I hand placed all over the metal body. 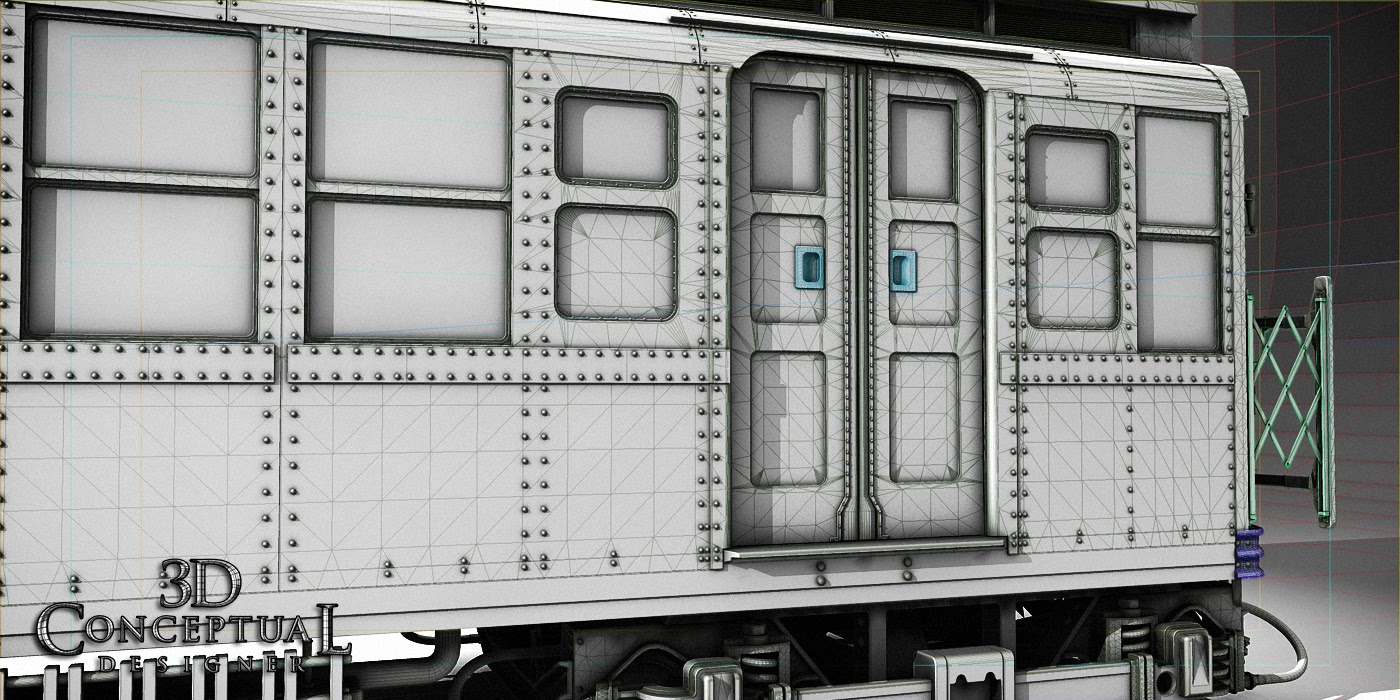 A Doorway detailed shot shows the roof gutter and threshold riveted on. 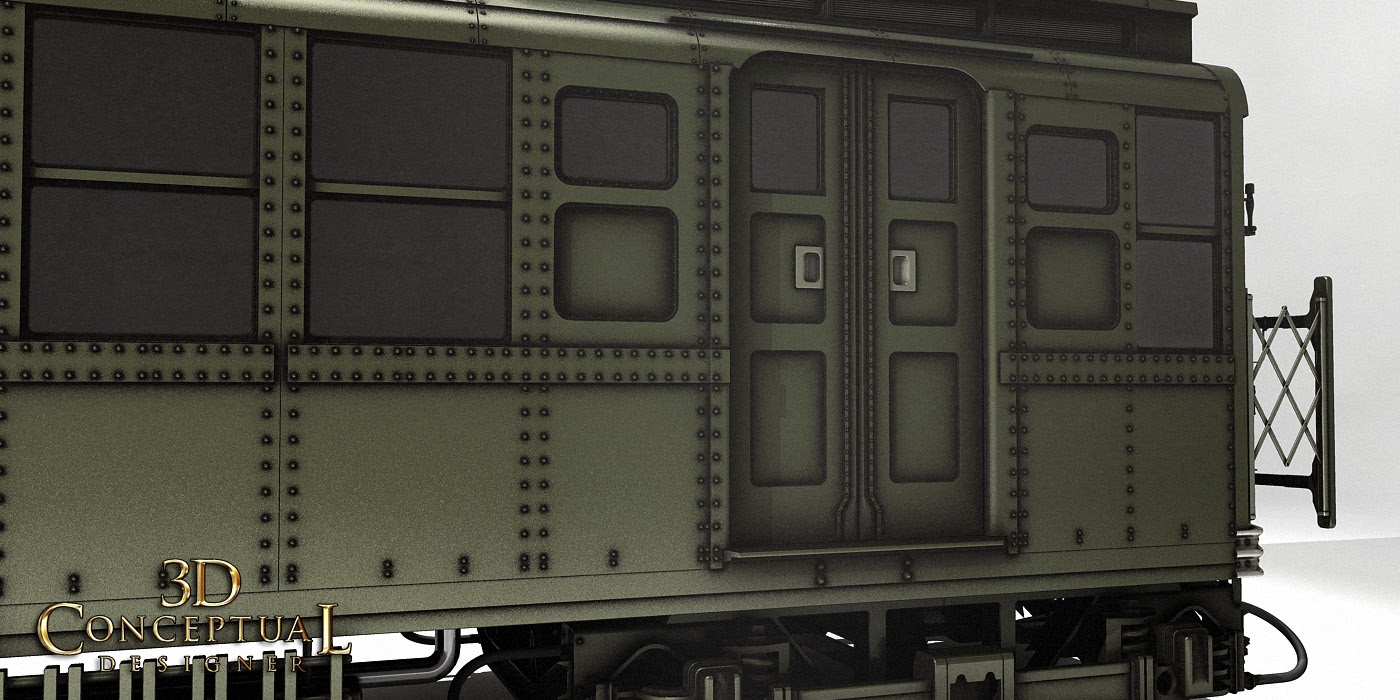 A renders side shot of the Vintage Subway Car. 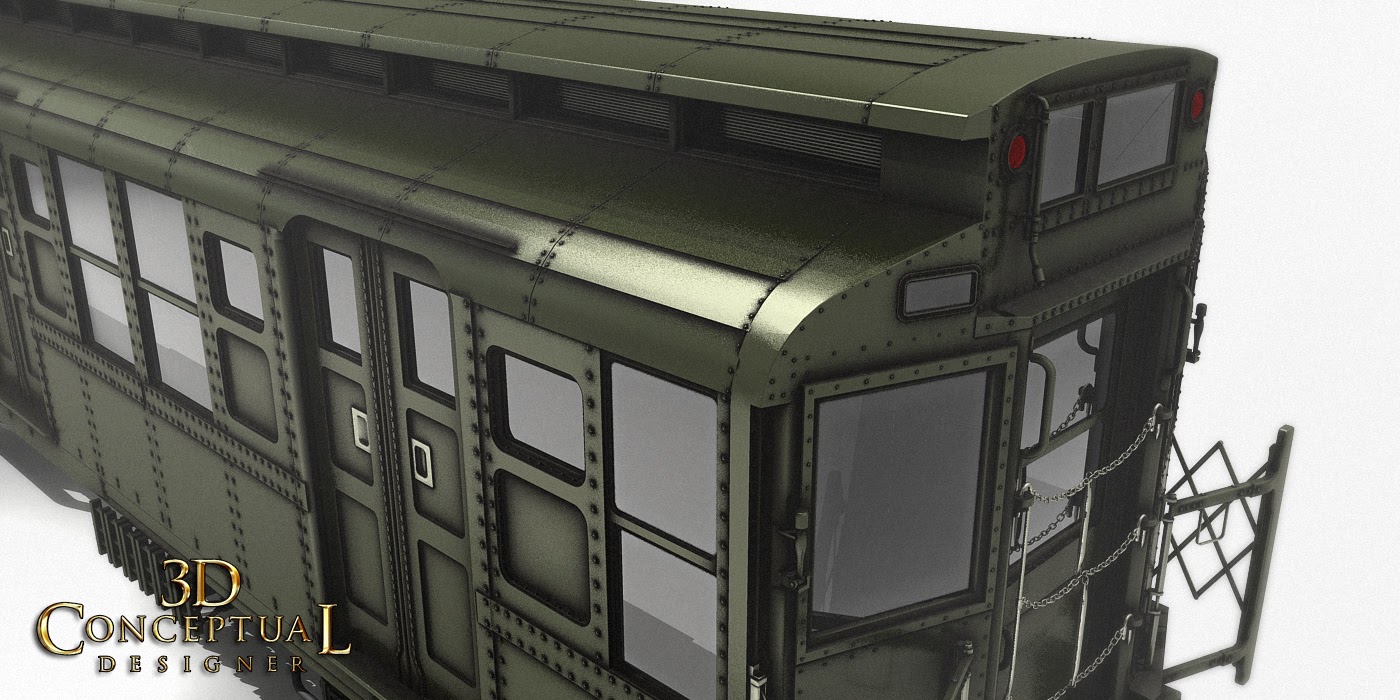 An elevated shot shows the rivets go all the way over the roof. 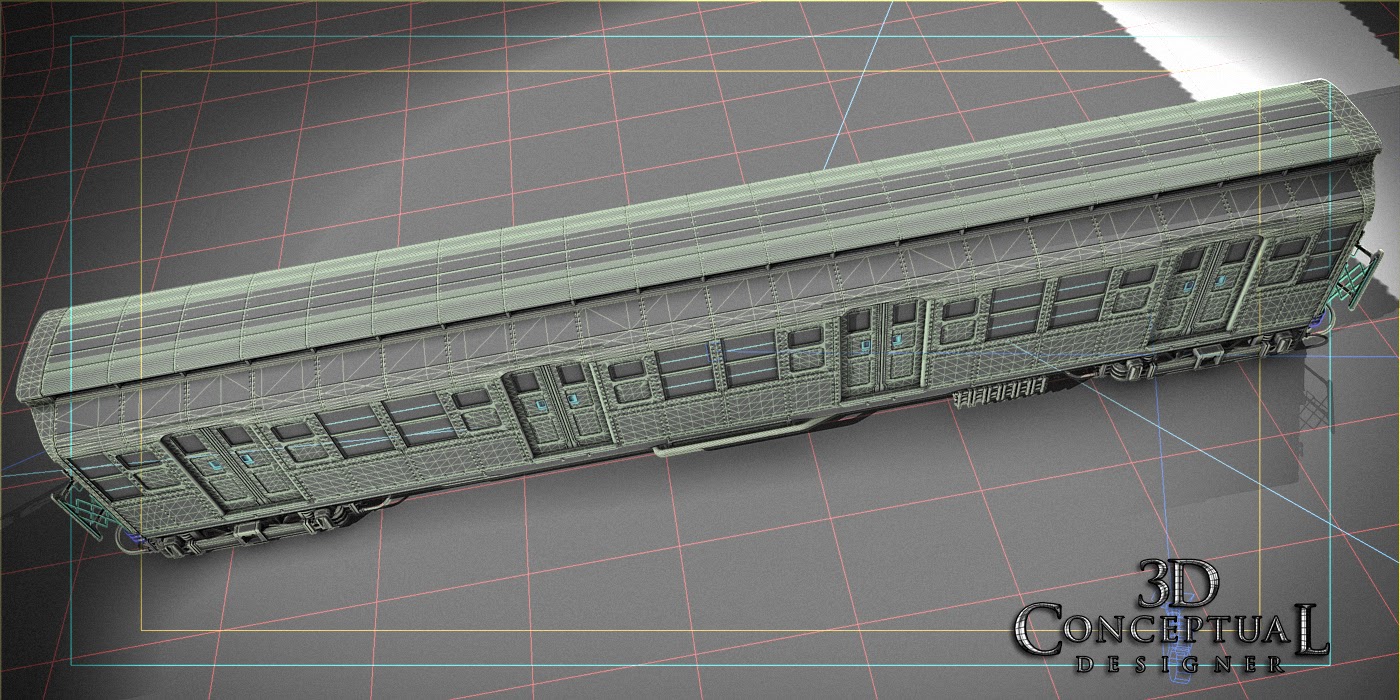 This overhead shot shows the full train from above. 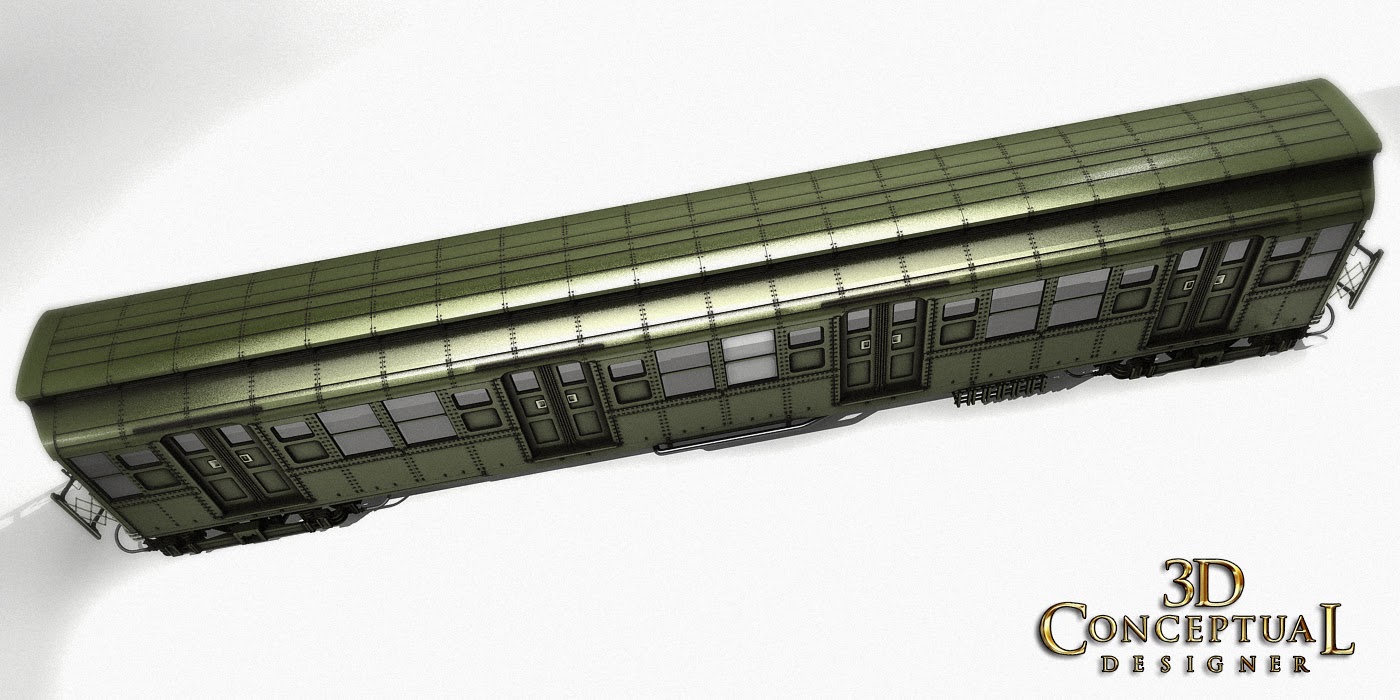 The same shot of the NYC Subway Train for a birds-eye viewpoint. 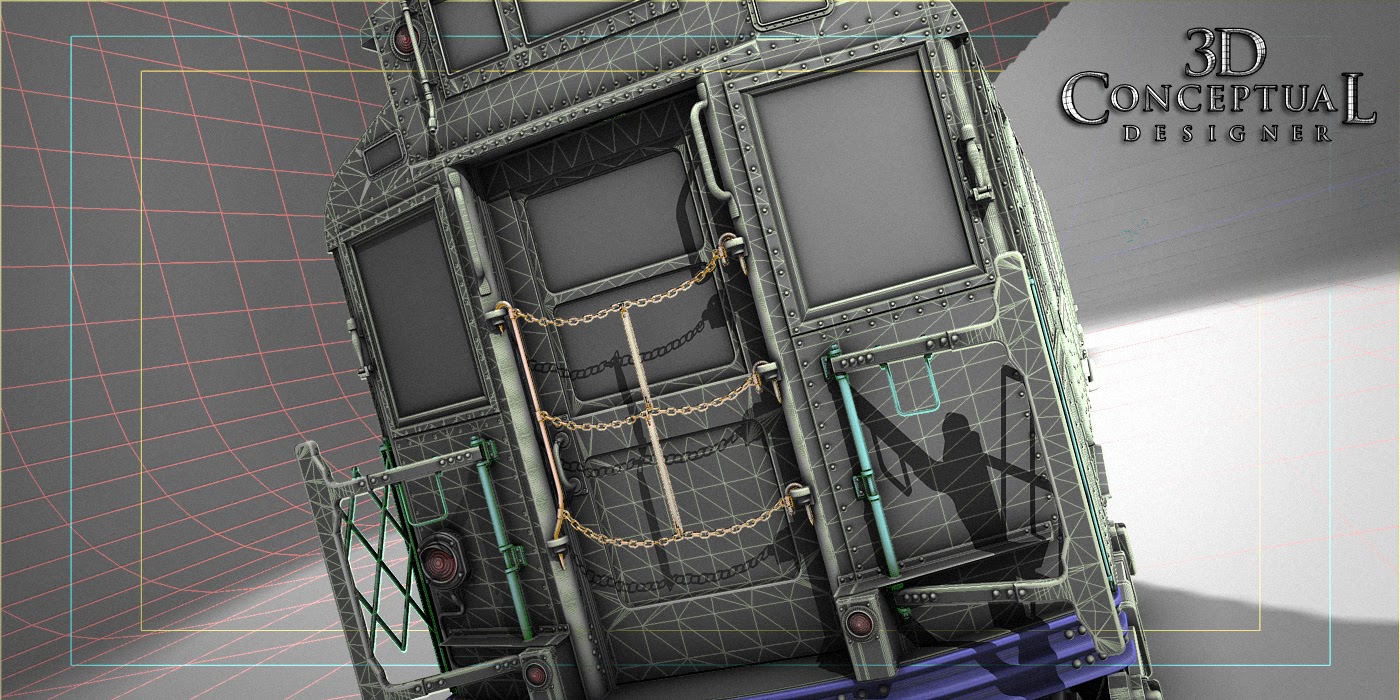 Another shot of the end model where most of the details are present. 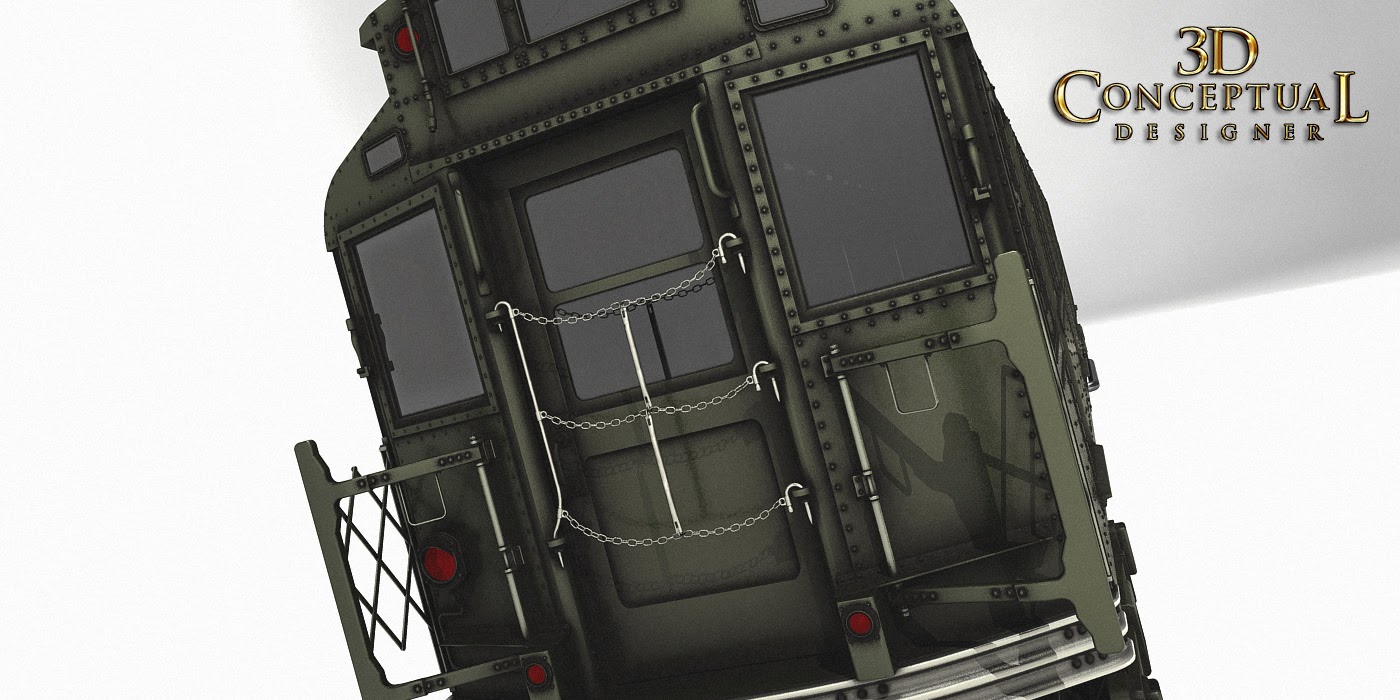 Rendered out this is useful for Graffiti backdrops as well. 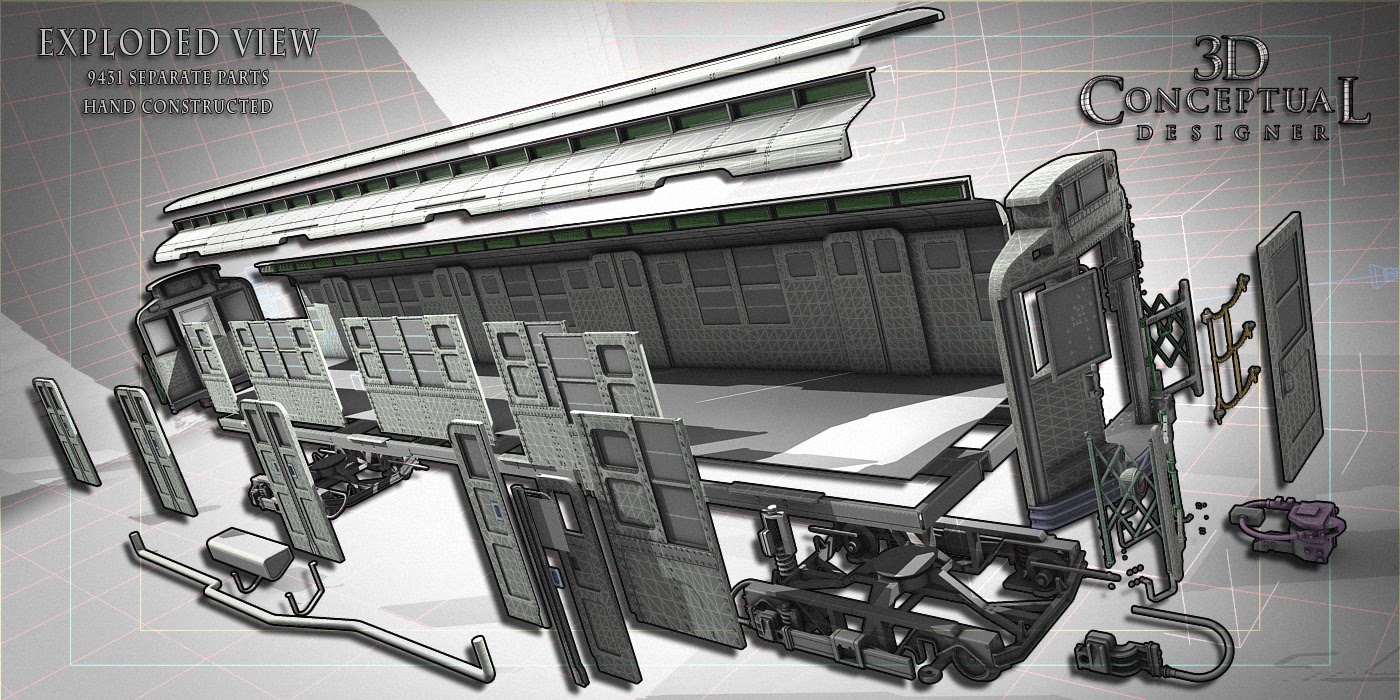 An exploded view shows the various parts I made and groups
[ Doors, Roof , End, Walls, etc]


Back in 2005 I was still in-house as the 3D Design Director at The Cimarron Group, and I regularly did both 3D Illustration, as well as 3D Animation for the print and AV division, in which I built out highly detailed 3D Models, and today I am reviewing a 3D model I made specifically for online sales, something I would do during down-time.

I build my 3D models with a high level of detail on the parts so that the end user of the stock model can use them for close up shots and this Vintage Subway Car was no different.

I have built out a few trains and did a vintage train back in 1999 for my Launch.com work and can be seen here. I love to build objects that can be used for Steampunk as well.