Here is the final Logo as delivered back in May 2014 for the Key Art finish of My Mistress.

The Subdivided Quads with a displacement map used to get an actual bump int he geometry.

Here is the base Quad mesh without and subdivision or displacement added.

This tutorial like screen shot shows the individual parts along with seeing the 'live' Free-Form-Deformation[ FFD] still active on the letter form stroke.

A close up shows the displacement wrapped on each part.

The ambient render shows the slight artifacts, that can get adjusted with more geometry if needed.

The base mesh is quite simple.

Close up on the end of the title shows the full wrap around on the scale texture we ended up using.

The simple base mesh collapsed down. 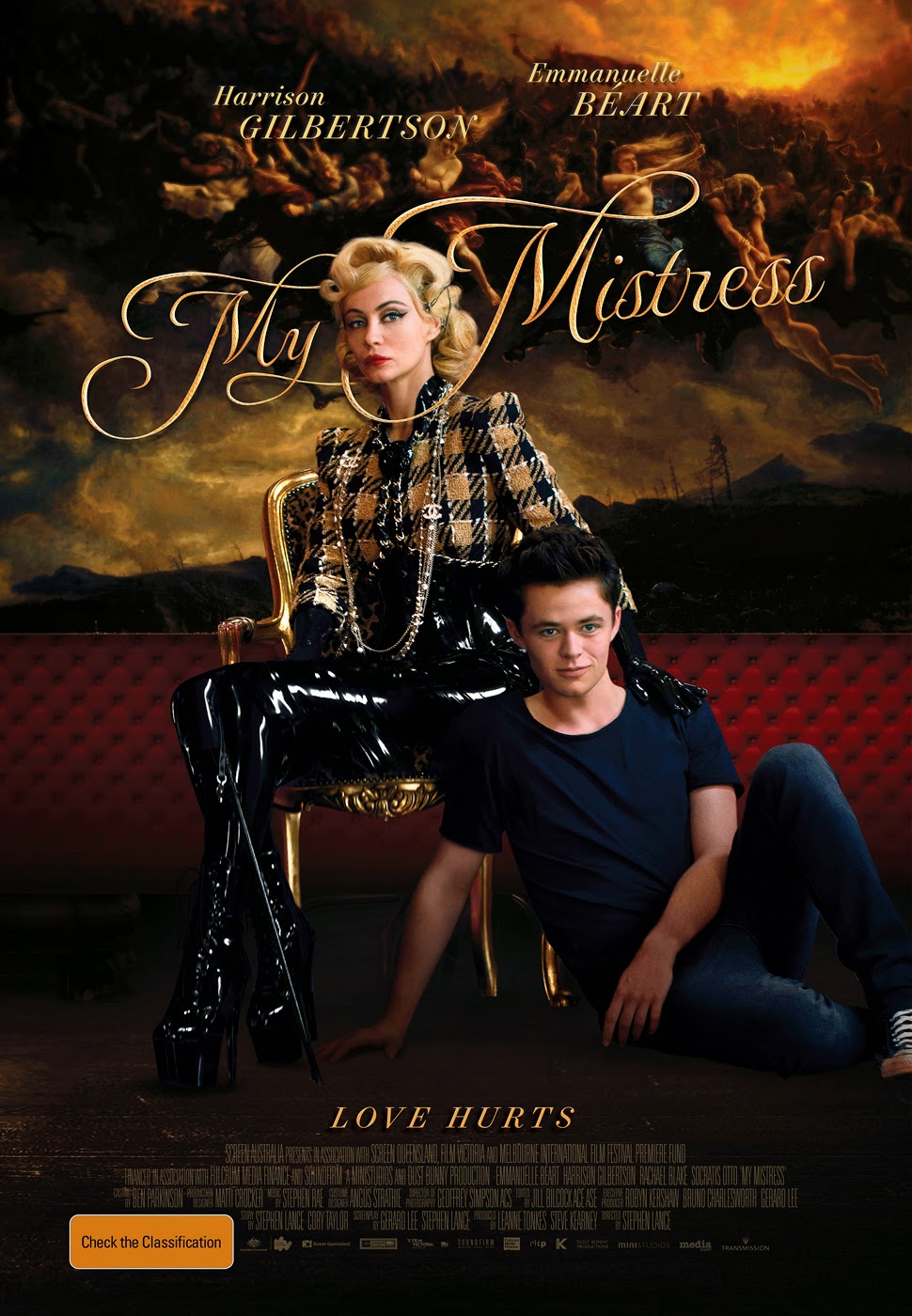 A view of the final One sheet from here.

Almost a year ago I was contacted by an agency in Australia, called Carnival Studios to help with a 3D assist in a 3D Logo needed for a film called My Mistress.

They needed this for the final Key Art poster work. I do a lot of this type of fast turn around work here in the states, and I have a number of clients out in Australia now, so we settled on the rate and payment form, since this was an overseas gig, and once I was provided the vector files, I was off to build this 3D Logo.

I was given the general layout and lighting so I would know the end use, as well as the type was fully locked and set by the client.

For this build I was to emulate the woven texture found on a whip or a snake scale look, so I created a custom map to build this out fast. I have hand built scales before and it is very time consuming and the short deadline meant that I needed to use a displacement map technique to ' bump' out the geometry to get the finished look and feel to the objects.

The way I made this was to build out each part of the whip as a separate cylinder and use the Free-Form-Deformation tools [ FFD] in 3DSmax to custom bend each part as a Modifier in the stack[ turn on or off]. This also allowed me to map the objects while they were straight so I could get them to wrap the shapes in a better way, and to scale to each other after the bends as the FFD will warp the textures a bit.

A fun gig that finished out and can be seen on the production site here.